Today the U.S. Patent & Trademark Office published a patent application from Apple that reveals a new system that will determine when a user has exited from a vehicle and automatically perform a series of tasks depending on the location that the user has exited. This invention will tie into future HomeKit and parking related applications.

According to Apple, their invention can be used to determine when a user has reliably exited a vehicle. A vehicle exit can refer to the condition where a user has been driving for a while, and then exits the vehicle for a different transportation mode, such as walking (even if just for a split second before coming to rest a different location outside the vehicle). The determination of the exit can be used for various functions. For example, a determination of an exit can be used to automatically determine a parking location which can be saved for later retrieval by the user. 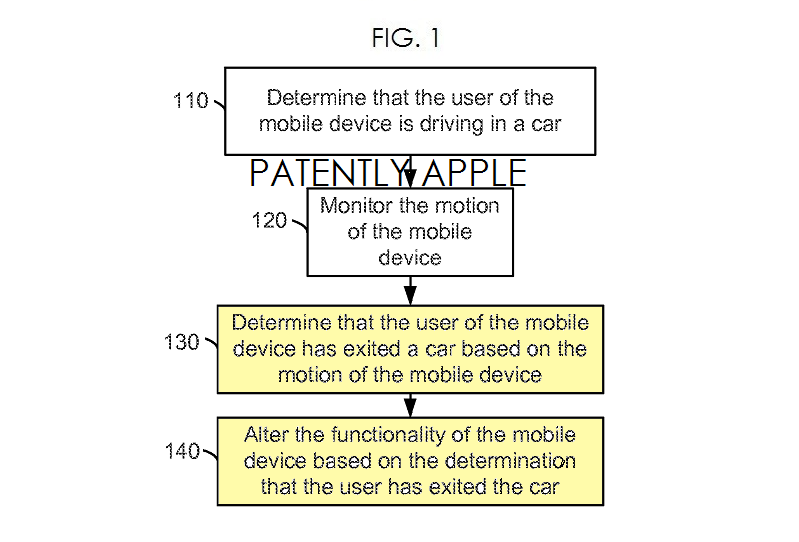 The system may also determine whether navigation instruction mode needs to be switched from a driving navigation UI to a pedestrian navigation UI. The different UI can be composed of different settings.

Another example would include sending identification to another mobile device when the user has exited and where HomeKit will come in. For instance, Apple notes that if the location corresponds to the user's home, a determination of the exit could cause a signal to be sent to electronics at the user's home (e.g., lighting, heating, cooling, or other functionality).

Apple's patent FIG. 3 noted below shows a block diagram #300 illustrating an exit detection application that can execute on a device. 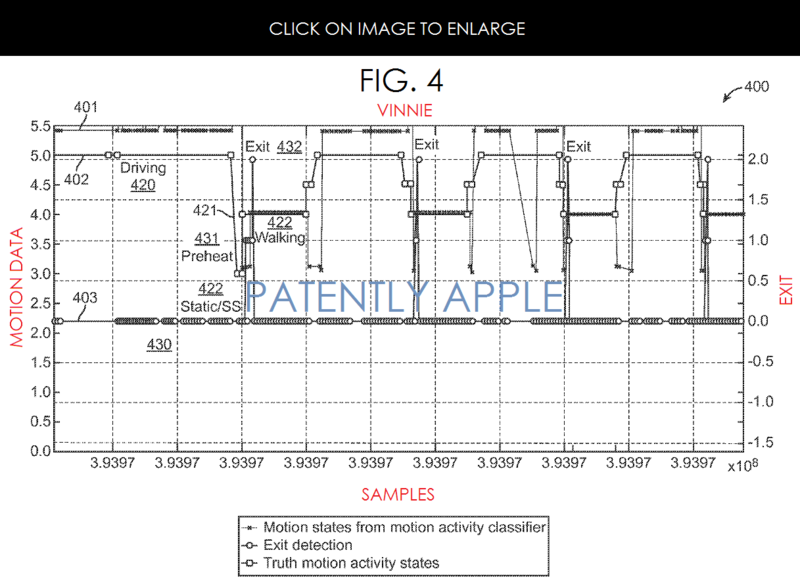 Apple credits Xiaoyuan Tu and Anil Kandangath as the inventors of patent application 20150050923 which was originally filed in Q4 2013. Considering that this is a patent application, the timing of such a product to market is unknown at this time.