The U.S. Patent and Trademark Office officially published a series of 41 newly granted patents for Apple Inc. today. In this particular report we cover two specific inventions. The first relates to Apple's iDevice camera feature known as Panorama. The second patent relates to "lifestreaming," which is a way to log your life's activities and special moments. We wrap up this week's granted patent report with our traditional listing of the remaining granted patents that were issued to Apple today.

1.) Acquiring image data from the electronic device's image sensor's image stream (this may come in the form of serially captured image frames as the user pans the device across the panoramic scene);

2.) Performing "motion filtering" on the acquired image data (e.g., using information obtained from positional sensors for the handheld personal electronic device to inform the processing of the image data);

4.) Performing geometric corrections on captured image data (e.g., due to perspective changes and/or camera rotation about a non-COP point); and,

5.) "Stitching" the captured images together to create the panoramic scene, i.e., blending the image data in the overlap area between adjacent captured images. Due to image projection corrections, perspective corrections, alignment, and the like, the resultant stitched panoramic image may have an irregular shape. Thus, the resultant stitched panoramic image may optionally be cropped to a rectangular shape before final storage if so desired. Each of these generalized steps will be described in greater detail below. 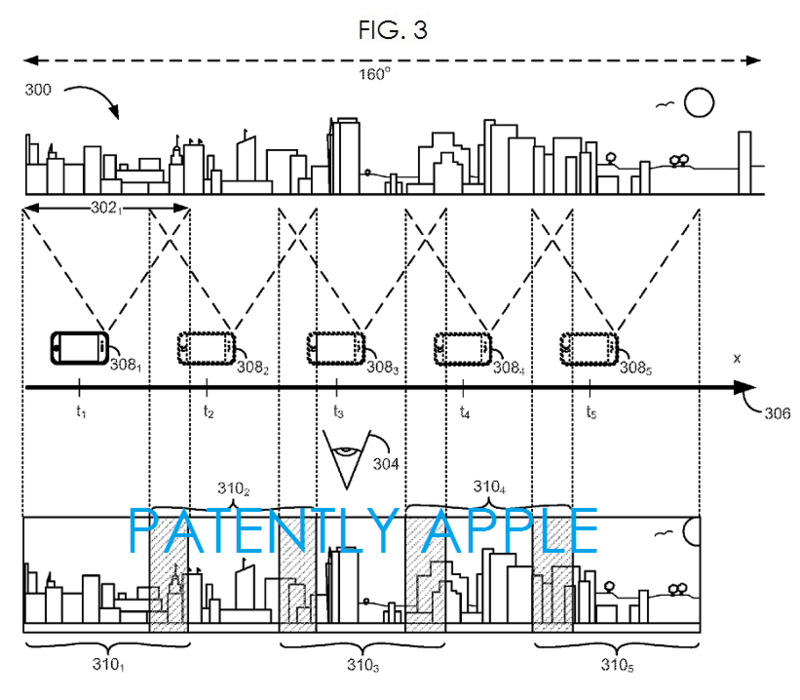 Apple credits Frank Doepke and Jianping Zhou as the inventors of granted patent 8,957,944 which was originally filed in Q and published today by the US Patent and Trademark Office. Apple's patent covers 31 patent claims.

Apple's newly granted patent covers their invention relating to a lifestyle companion system. More particularly, the invention can relate to a system that coordinates multiple corridors of experiences in a person's life well beyond physical activities log as noted below. 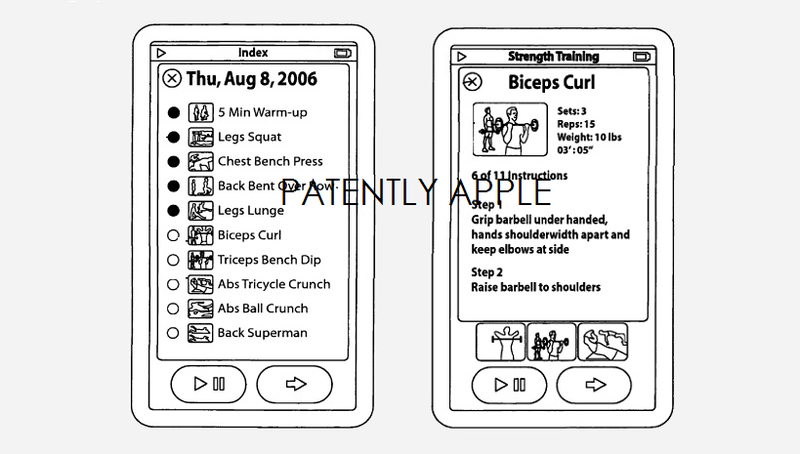 The method also can include assigning user category levels (e.g., activity levels) based on interview responses. In some embodiments of the present invention, the lifestyle companion system can coordinate a user's fitness, nutrition, and medical experiences.

This kind of application may one day be a part of a life-camera system as noted in Microsoft's patent that we covered back in 2012 covering "life-streaming." Also see Wikipedia's "Lifestreaming."

Apple credits Glenn Gilley, Sarah Brody, Randall Ubillos, Mihnea Pacurariu, Jesse Dorogusker, Robert Borchers and Donald Ginsburg as the inventors of granted patent 8,956,290 which was originally filed in Q1 2007 and published today by the US Patent and Trademark Office. 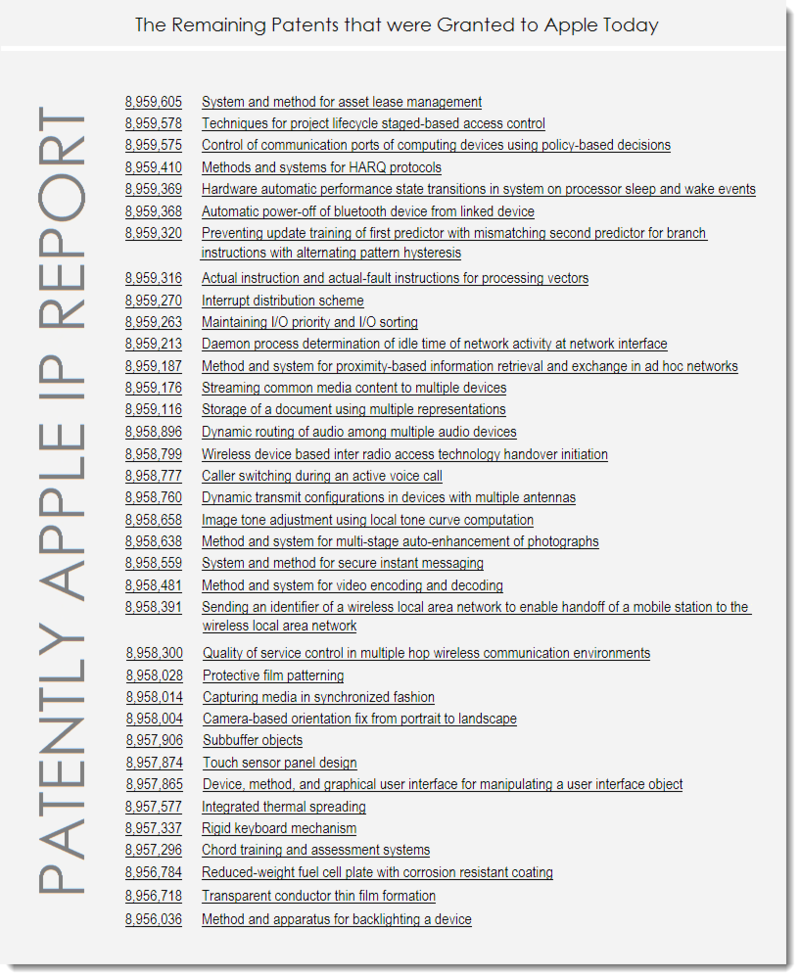