Home Archives Contact Us Subscribe Twitter MeWe Facebook Patently Mobile
Who will be first to introduce a 3D Camera in Mobile Devices in 2015 – Apple, Samsung or Microsoft?
JetBlue is the First Airline to Accept and Promote Apple Pay at 35,000 Feet

Apple's original work on a future headset began in 2006. Their first headset patent was made public in 2008 and it was granted a year later. Then there was a long gap in time before Apple's work on this project resurfaced last May advancing their Personal Display Headset. That design was granted to Apple months later. Today, the U.S. Patent and Trademark Office officially published another granted patent for Apple covering a wearable presentation device that was interestingly designed by iTunes Ecosystem Design Lead Christopher Sanders. Will this proposed design be positioned to represent an advanced visual iPod headset accessory that could work in conjunction with an iPod or iPhone? Only time will tell.

Apple's newly granted patent covers their invention relating to controlling operations of a portable presentation device to be worn by a user and that is capable of presenting media content to the user such as earphones, headphones, goggles or faceplates with video/audio capabilities.

Apple's patent FIG. 1 noted below is a block diagram of a system, including a media device and a portable presentation device. 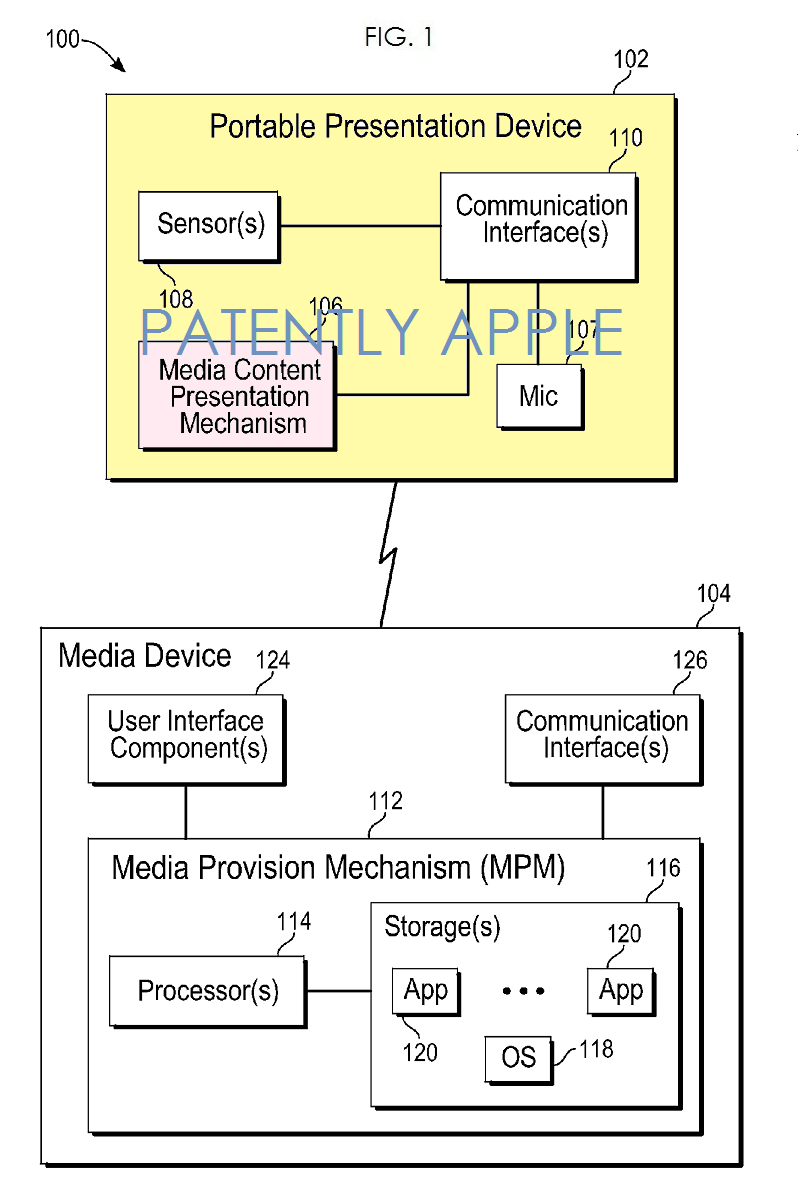 Examples of a portable presentation device may include but not limited to:

The sensor(s) #108 may be positioned in the manner described or in any other manner. All possible manners of placement of the sensors are within the scope of the present invention.

Examples of sensors that may be used in the wearable device include but are not limited to a proximity sensor (e.g. an infra-red sensor, a laser sensor, a SONAR sensor, or any other type of sensor that can sense distance/proximity), a temperature sensor, and a pressure sensor.

In Apple's patent FIG. 3 noted below we're able to see a flow diagram illustrating the operation of the media provision mechanism MPM 112 as a communication device such an iPhone. 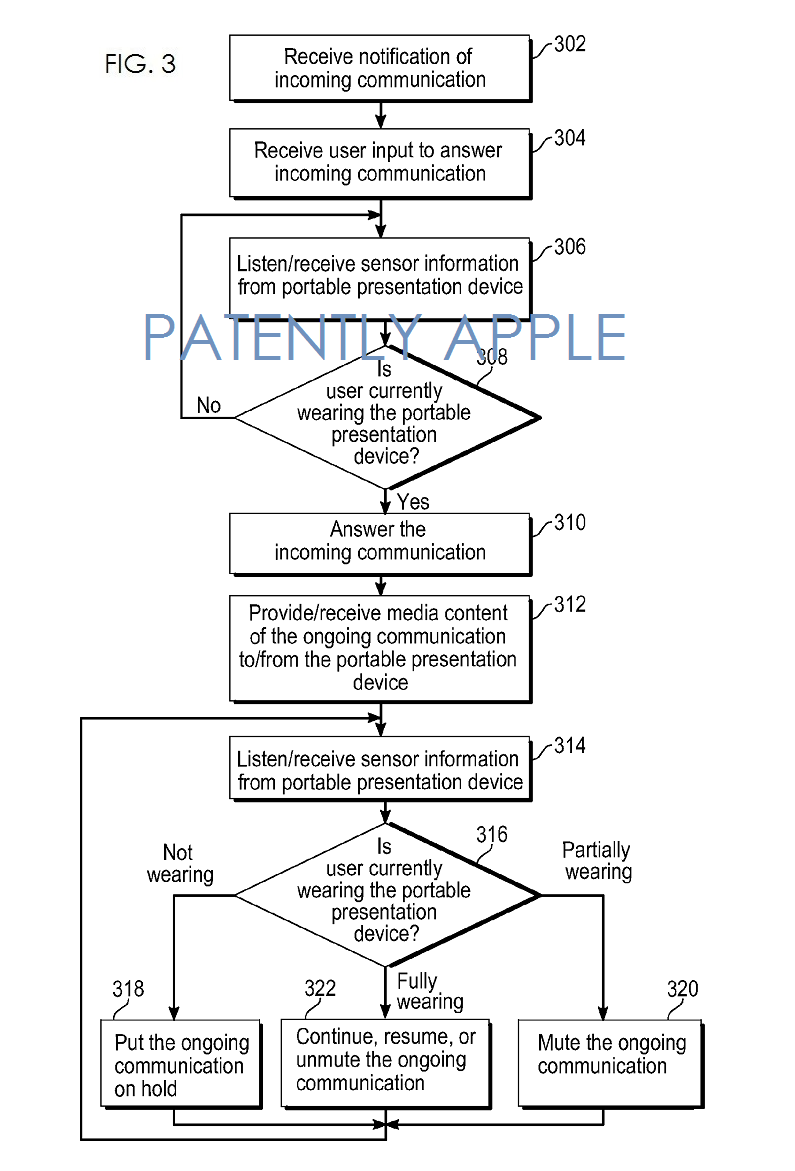 Apple credits Design Lead, iTunes Ecosystem Christopher Sanders as the sole inventor of granted patent 8,954,177 which was originally filed in Q2 2011 and published today by the US Patent and Trademark Office.