The U.S. Patent and Trademark Office officially published a series of 63 newly granted patents for Apple Inc. today. In this particular report we cover a single killer patent that covers the whole area of programmable and coded magnet connectors which was also extensively covered in a second invention that we previously covered. The two patents share the same technological space that covers a vast range of both current and future applications from a MacBook Dock with inductive charging to Apple's robotic arm used to make the Mac Pro.

Apple's granted patent is like a master patent in that it introduces us to the extremely wide range of applications and devices that their coded or programmable magnets could apply to.

Apple's invention is so vast that they had to spread it out over two patents. The other patent dates back to January 2011. We covered this patent when it was published in a 2012 report titled "Apple introduces us to the Wild World of Coded Magnets." You should check out that report to view a lot more patent figures and extensive details about this technology.

Apple's invention touches on a special iPad and Stylus application, advanced MagSafe connectors, keys and access cards, haptics relating to a virtual keyboard and a MacBook Dock with inductive charging as noted below to name but a few of the invention's possibilities.

In Apple's patent FIG. 9 noted below we're able to see a docking port for a MacBook that could be enabled to perform inductive battery charging or other wireless charging. 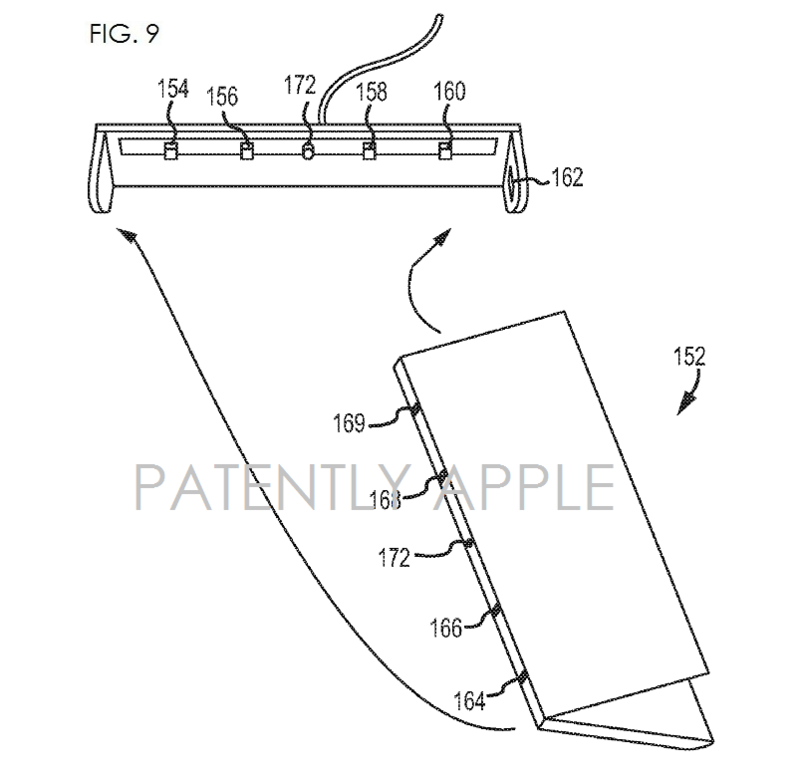 According to Apple, the same programmable or coded magnetic system could apply to automated assembly lines. Essentially, if the assembly tool, such as a robotic arm, can receive feedback regarding the current state of the assembly process, it may dynamically reprogram its correlated magnetic surface to pick up the next piece for placement and put it in the proper area, according to the foregoing disclosure.

Apple further notes that certain embodiments may take the form of a magnetic "rivet" or fastener. The rivet may include multiple splines that are magnetically locked to the rivet body in a withdrawn position. When the rivet is inserted into or through a material, the insertion tool may dynamically deactivate the electromagnetic magnets holding the splines to the body. The splines may thus extend outward behind the material in a fashion similar to an anchor bolt. In alternative embodiments, the tool used to place the rivet may have a coded magnetic surface that attracts the splines to the tool, thereby keeping them flush against the barrel. When the tool is removed, the splines extend. In this embodiment, the magnetic rivet may have a bore into which the tool may fit in order to draw the splines inward against the rivet body. 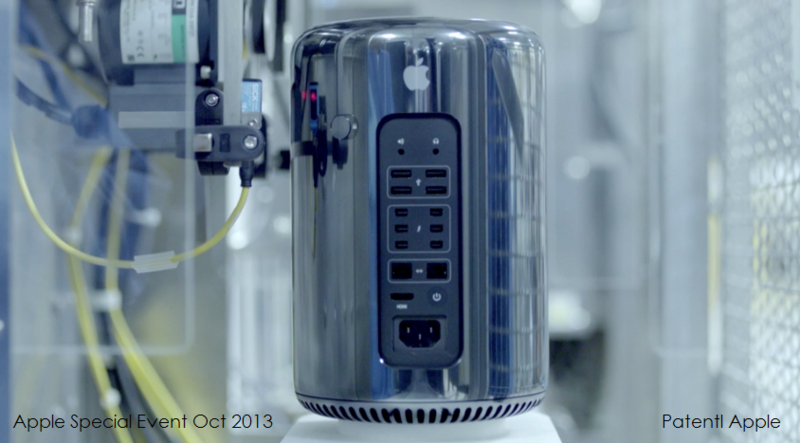 The timing of this patent was originally prior to Apple introducing their Mac Pro Robotics' rich plant. We also covered Apple's robotic arm patent and presented the Mac Pro robots here. The robotic arm's magnetics system used in Apple's robots stems from the technology covered in this current granted patent.