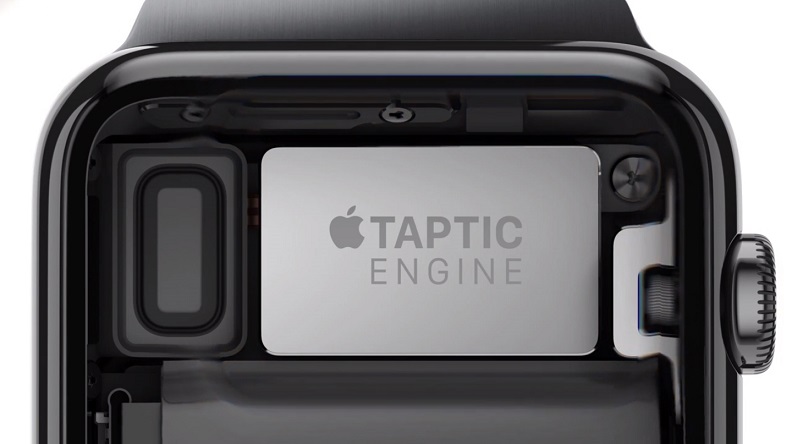 Today, both Hong Kong and Europe Trademark Offices have published Apple's latest trademark filing for "Taptic Engine." Apple introduced their new Apple Watch during a live event on September 9, 2014. The Apple Watch will use a new Apple designed S1 processor that is described as "an entire computer architecture on a single chip". It also uses a linear actuator called the "Taptic Engine" to provide haptic feedback when an alert or a notification is received or perform a function like turning its Digital Crown. While the Taptic Engine was first designed for Apple Watch, Apple's European trademark filing reveals a possible surprise use for the new engine down the road. Report Updated Feb. 27, 2015 8:42 PST.

According to Apple's European trademark filing they've filed it under an additional international class not found in the Hong Kong filing. Apple has added class 28 which turns out is about gaming that's likely not about the Apple Watch. The class covers the following specifically: "Handheld electronic game units adapted for use with an external display screen or monitor; computer gaming machines."

Evidently Apple may have future applications for the Taptic Engine related to iDevices like the iPad and/or iPhone or perhaps for another device related to gaming machines such as a game controller. The Taptic Engine may be able to provide vibration or rumble effects that are common in gaming controllers. 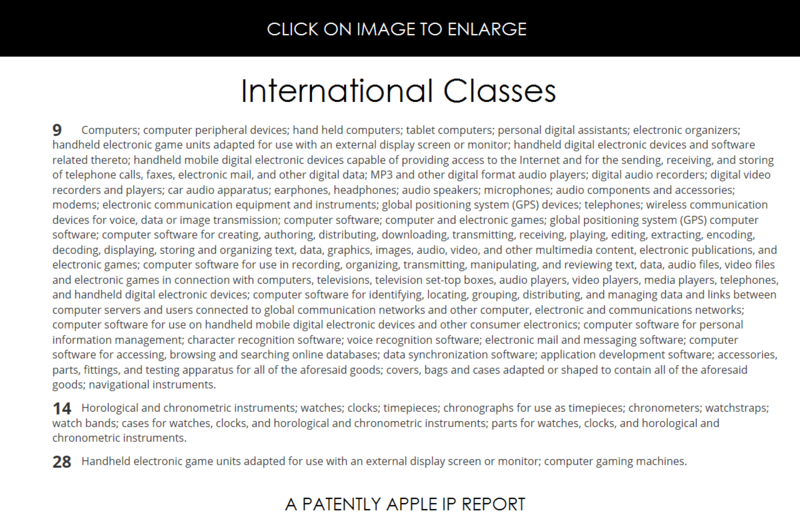 Apple also filed for this trademark in Hong Kong China today under application number 303311711. The only difference in this filing is that it's only filed under international classes 9 and 14.