Despite iPhones remaining the largest source of smartphone Internet traffic in North America, Chitika's latest interesting study finds a relatively high degree of variation of iPhone usage rates on a state-by-state basis. Our report presents you with two large charts that spells it all out quickly. In addition, a new study by Consumer Intelligence Research Partners shows us how the iPhone 6 crushed Samsung and LG in Q4, 2014 and more.

The relationship also held across median income. However the high correlation in median income and education level resulted in redundancy of this particular variable. 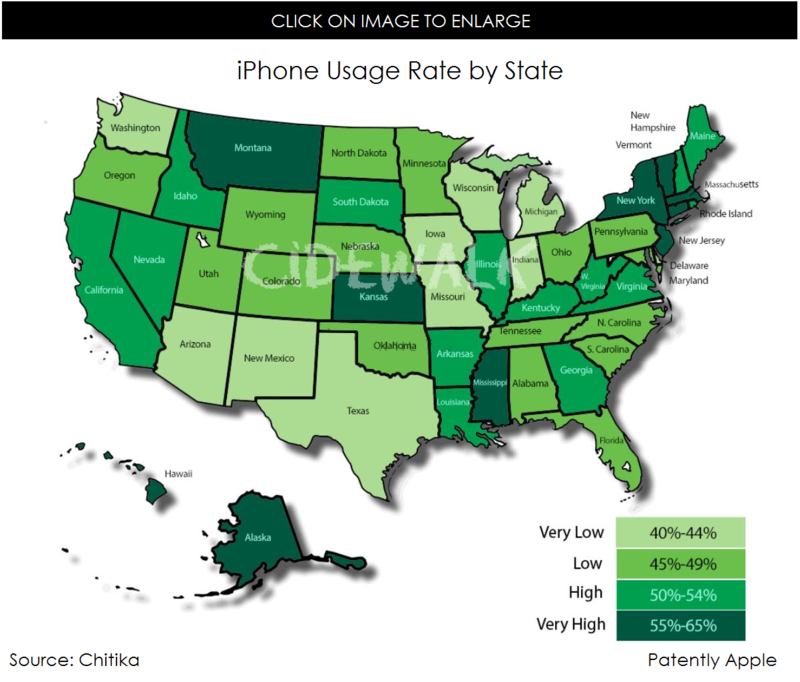 On the whole, the data set reinforces the impression that Apple's iPhone is a significant source of smartphone Internet activity across the United States. However, the range of usage rates between different states can assist marketers when crafting regional strategies based on these broader user base characteristics.

To quantify this study, Chitika Insights analyzed a sample of hundreds of millions of U.S.-based iPhone ad impressions accessed via Chitika's Cidewalk mobile ad platform. The data were drawn from a date range of December 25 through 31, 2014, thus including traffic from devices given as gifts during the most recent Christmas holiday.

More Great News about the iPhone 6

Today, there's even more great news about the iPhone 6. The Consumer Intelligence Research Partners, LLC (CIRP, ) released analysis of the results of its research on mobile phone manufacturers for the calendar quarter that ended December 31, 2014. This analysis features findings about consumer trends in mobile phones in the US from October- December 2014.

As you can see in the chart below, Apple scored half of U.S. Phone activations in Q4. 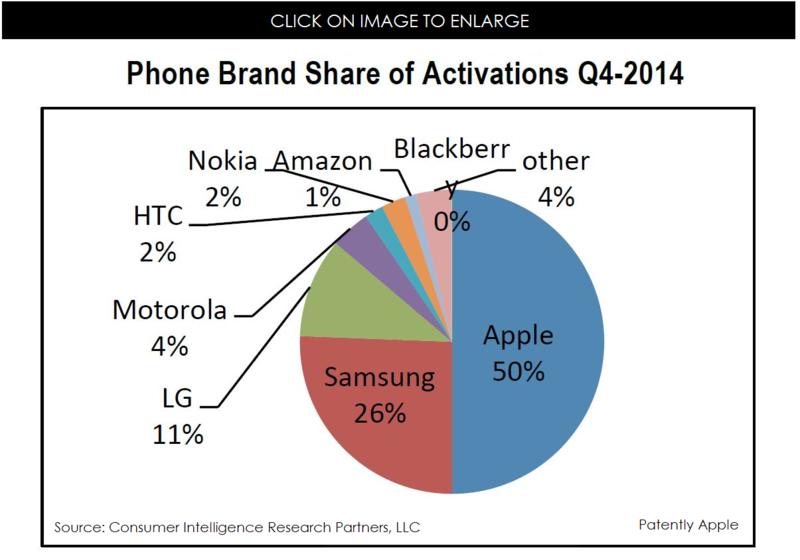 CIRP found that among the major phone brands, Apple had the largest share of the US market, with half of all phone sales. Josh Lowitz, Partner and Co-Founder of CIRP stated that "The strength of the September 2014 launch of the iPhone 6 and 6 Plus fueled Apple’s dominance in US mobile phone sales this quarter. Apple had virtually double the sales of Samsung, and five times that of LG. No other brand accounted for as much as 5% of US sales. The Amazon Fire and Blackberry smartphones registered slight share, which we attribute to random sample fluctuation as much as actual sales.

Josh Lowitz further added that "By every measure, Apple’s 2014 phone launch was a success. iPhones drew from loyal Apple customers, with 86% of buyers upgrading from an older iPhone. Samsung and LG saw far lower loyalty rates ..."