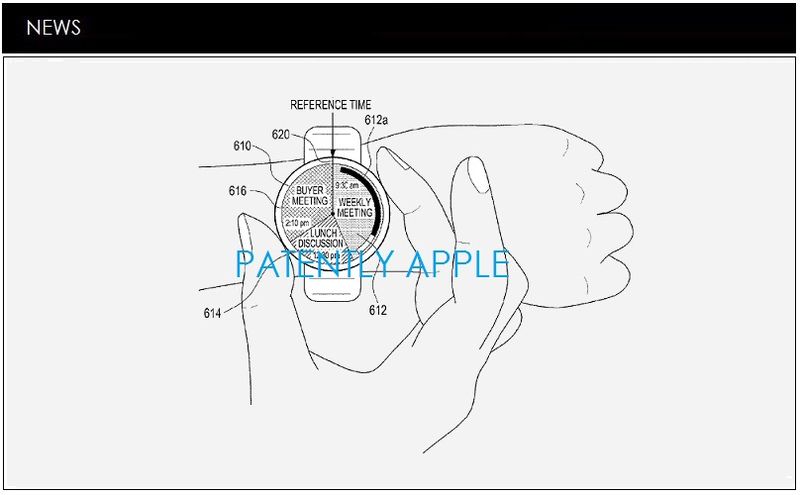 While the rumor mill has the Apple Watch launch date pegged for March, Samsung may be working on a possible redesign of their smartwatch that would take on a round interface. The design first surfaced back in June that described an all-new rotatable controller ring. Since that time Samsung has filed another invention supporting the new design. It's a new calendar/scheduling app that would show user scheduled events in a pie chart style. It's an app that could possibly appeal to both students and professionals alike. To learn more about this invention, see our Patently Mobile report.

Soon we'll be hearing Apple's war drum begin to pound getting the Apple faithful psyched up for a big launch that is likely to match those that we've seen for the iPhone 6. If we're lucky, Tim Cook just might provide us with a hint at a launch time frame tomorrow during their financial conference call. You never know.