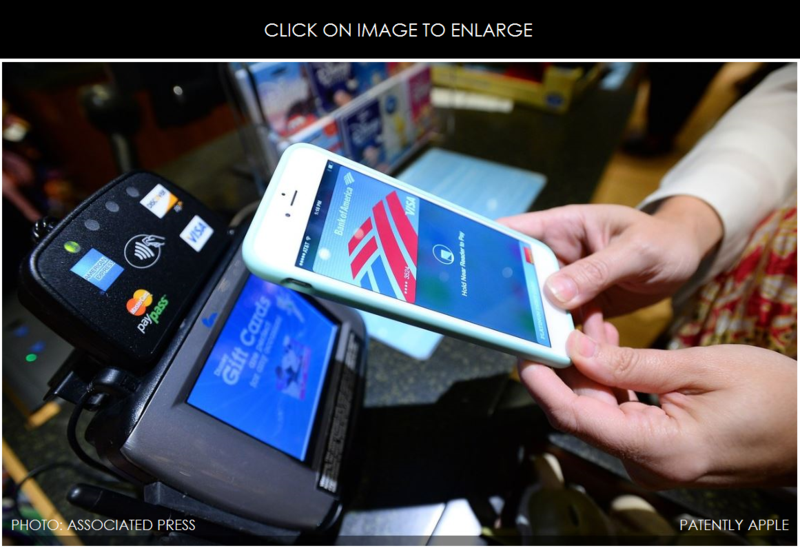 According to a new report published this morning, Apple's three month old payments service known as Apple Pay is making progress toward a goal that has eluded other mobile wallets: persuading people to actually use it. Previous efforts made by Google, eBay and others failed because consumers didn't see an advantage over swiping a credit or debit card. Early signs suggest that Apple Pay is different.

Brittany Salcedo, night manager at Canyon Market in Springdale, Utah, near Zion National Park recently stated that "Our customers are saying it's safer." The supermarket installed the wireless readers that work with Apple Pay three weeks ago. Though Ms. Salcedo hasn't kept a formal tally, she estimates that 30% of the store's shoppers are using the service.

The machines also accept Softcard, a competing mobile-payments service owned by a group of U.S. wireless carriers, but Ms. Salcedo estimates that five times as many customers use Apple Pay as Softcard.

Canyon Market isn't alone on seeing such results. McDonald's and drugstore operator Walgreens Boots Alliance, two early adopters of Apple Pay, said last month that twice as many shoppers are paying through wireless readers since Apple Pay arrived. Neither company would disclose how many of those transactions use Apple Pay versus other payment services.

We covered this topic in our in our November report titled "Getting a First Glimpse of Apple Pay's Success with Retailers."

Jim McCarthy, global head of innovation and strategic partnerships at Visa stated that "This is a long-term tipping point for mobile payments," adding that Apple Pay will be the "reference model" for future mobile-payments services. You could read more about this in the Wall Street Journal's full report.