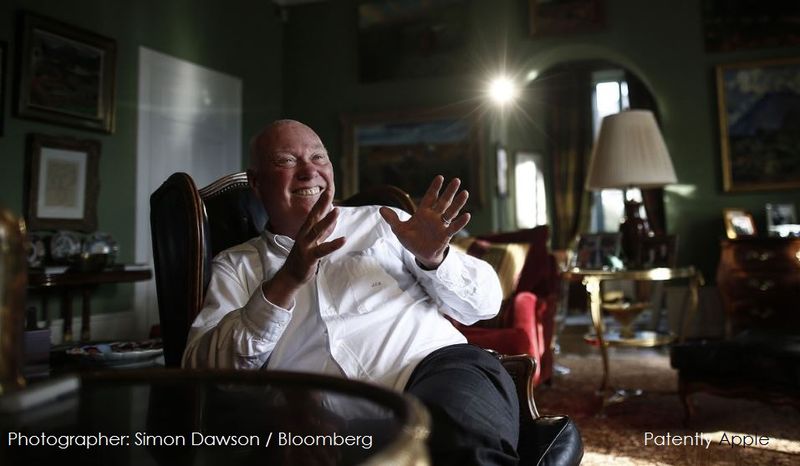 Shortly after Apple introduced their new Apple Watch, the knives came out. One of the leading Swiss watch companies headed by Jean-Claude Biver lashed out at the Apple Watch for being too feminine amongst other things. Of course what he didn't reveal at that time was that his company was secretly racing to come up with a smartwatch that would eventually compete with Apple. In December we reported on the rumor that Intel may provide the chip to power Tag Heuer's first smartwatch in 2015. Today a new report covers some of Jean-Claude Biver most recent insights into the Tag Heuer smartwatch.

According to a new Bloomberg report, Jean-Claude Biver stated that "TAG Heuer, which boasts that 'Swiss Made is more than a label at TAG Heuer, it's a state of mind,' is developing its own smartwatch to help stave off the impact of the American product, which poses the biggest threat for watches priced at less than $2,000."

For a smartwatch, "we can't produce the engine, the chips, the applications, the hardware -- nobody can produce it in Switzerland," Biver said. "The hardware and the software will come from Silicon Valley. But the watch case, the dial, the design, the idea, the crown, that part of the watch will, of course, be Swiss."

In addition to functionality expected of a smartwatch -- think GPS and health monitoring -- TAG Heuer's timepiece will have applications that are specific to its own brand to give it a unique selling point, he said, such as tie-ups with sports it sponsors.

We noted back in an October report that "Jean-Claude Biver was among those unimpressed with the design of the Apple Watch. In an interview with Die Welt, a German media, Biver said the wearable device is too feminine and suggested it will not stand the test of time.

Biver added that "This watch has no sex appeal. It's too feminine and looks too much like the smartwatches already on the market." He added that Apple made "some fundamental mistakes" in designing the Apple Watch. "To be totally honest, it looks like it was designed by a student in their first trimester."

If anything, Jean-Claude Biver's comments are revving up the Apple community for the coming smartwatch war. Apple, if anything, is cool about the whole thing. Jony Ive noted back in 2014 that the Apple Watch (referred to as the iWatch at that point in time) is so cool that it could sink Switzerland.

Yes, the war of words before the real match begins is always about bravado and psyching the other guy out – which of course makes it all the more entertaining for us.