Back in July we reported on one of Apple's patent applications regarding a new reversible USB Connector which would likely comply with the new USB Type-C standard. A new rumor surfacing yesterday claimed that Apple will be using a single Type-C USB port on their next generation MacBook Air as a means of making the new design much thinner. Apple's new connector is reportedly to replace Apple's Thunderbolt Display port as well as MagSafe. Is the new reversible USB connector stemming from Apple's patent-pending invention the one they'll use for the new MacBook Air or is Apple's radical universal port invention ready for primetime?

Back in October 2013, Apple filed for a patent regarding a radical new connector that could replace the standard USB, HDMI, DVI, DisplayPort, Thunderbolt, FireWire and beyond ports that come in varying sizes.

It was noted in their patent filing that the new connector was designed specifically for future computing devices such as the Mac Pro, iMac, MacBooks and iDevices as Apple notes in their patent figure below. The MacBook design is showing us a double line of ports but the design could be a single line to make it sleek for the MacBook Air as the connector confirms that the plug supports a single horizontal line of plugs. 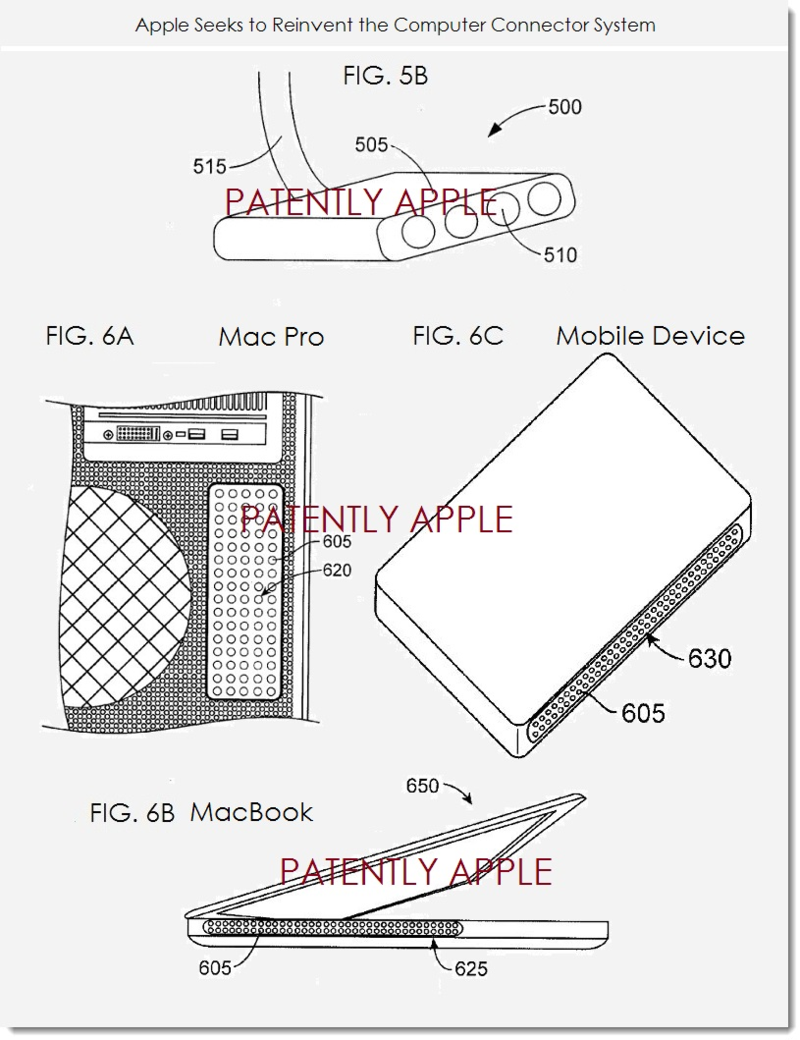 The new universal Apple connector system as noted above would make a lot more sense and still allow for different connector types. The only difference would be that the varying connectors would have to conform to Apple's new universal design as noted above. The idea of just a single USB port sounds like a bit of stretch.

Will Apple really limit the new MacBook Air to a single USB port or will they introduce a smarter universal connector and port system to accommodate many kinds of standards such as HDMI, DVI and Thunderbolt? Only time will tell which way Apple will go, but if there was ever a time to introduce Apple's new patent pending universal connector, it would be now. For more details on Apple's invention, you could review our patent report on this here.