Last week I posted a report titled "Apple is the First U.S. Company Agreeing to have their Products Submitted to Chinese Authorities for Web Security Evaluations." In that report I stated the following: "I don't know if this is some kind of political football playing out in China, but Beijing News wanted to officially lay this issue out all over again as to who said what and when. Whether there's a new battle over this issue on the horizon is unknown at this time. Yet the question remains: why is this news in Beijing today? Is there another shoe to drop here? Only time will tell." Well it didn't take time at all to get the answer to that question. A New York Times report published today tells us about the other shoe that just fell in China today.

According to the news out of Hong Kong, "The Chinese government has adopted new regulations requiring companies that sell computer equipment to Chinese banks to turn over secret source code, submit to invasive audits and build so-called back doors into hardware and software, according to a copy of the rules obtained by foreign technology companies that do billions of dollars' worth of business in China."

At first glance you think that this is a Cisco or Oracle problem as Apple isn't selling major computers to Chinese Banks. However the Apple-IBM alliance has made it crystal clear that Banks and Financial Markets are actually a priority, along with its connection to Apple Pay. The graphic below is on IBM's website and we covered it in a December report you could check out here. That would likely put Apple in the cross hair of China's new regulations. 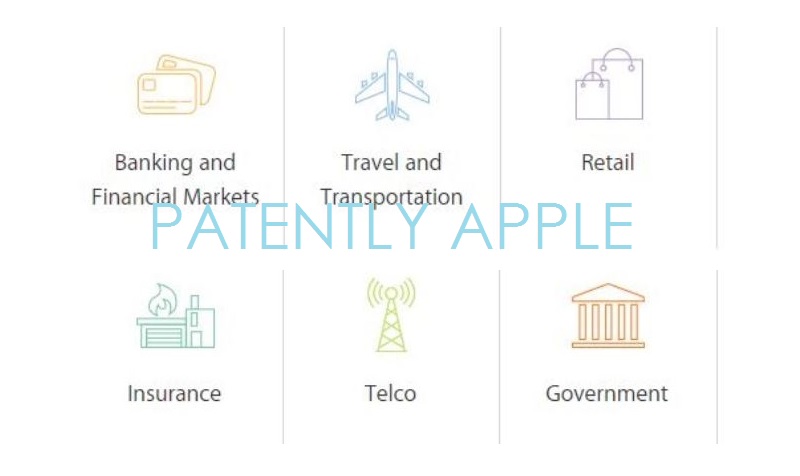 The New York Times adds that "Some of America's largest tech companies could be hurt by the rules, including Apple, which is making a big push into the country. Apple has used new encryption methods in the iPhone 6 that are based on a complicated mathematical algorithm tied to a code unique to each phone. Apple says it has no access to the codes, but under the proposed antiterrorism law, it would be required to provide a key so that the Chinese government could decrypt data stored on iPhones." For more on this story, click here.

In the end hypocrisy wins the day. Back in September we posted a report titled "Apple's iPhone 6 goes on Sale in China October 17 after Assuring China's Ministry that there's no Secret Back Doors." Now they're likely to demand back doors of their own into Apple's mobile products. With China being so crucial to Apple's historic revenue announcement yesterday, do you think that Apple will say no to China's new Rules? I rather doubt it.

I also know of at least one other person that will want to know if Apple will comply with China's new regulations: FBI Director James Comey. Stay tuned, as I'm sure that this is going to cause a lot of controversy and noise in techland over the coming weeks ahead – and it could get very interesting.