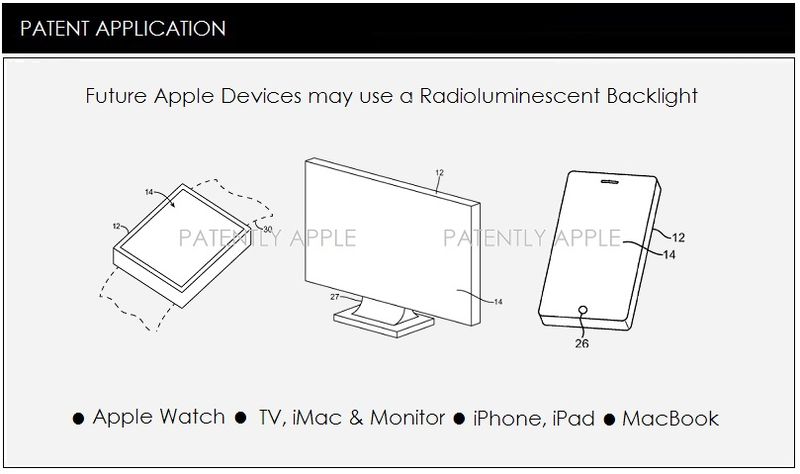 On January 22, 2015, the U.S. Patent & Trademark Office published a patent application from Apple that reveals their work on improving the technology related to iDevice backlight units. Apple's invention covers new backlight technology that could potentially allow for high power efficiency while avoiding excessive battery drain. While this isn't an exciting whiz-bang invention, saving power can be realistically appreciated by everyone using any Apple MacBook or iDevice.

Apple Invents a Display that uses a Radioluminescent Backlight Unit

The light produced by the phosphor passes through liquid crystal display layers and serves as backlight for the display. Photoluminescent material and light-emitting diodes may also be used to produce backlight for the display. For example, the display backlight may have a light guide plate that is provided with light from the radioluminescent light source along one of its edges and that is provided with light from an array of light-emitting diodes along another of its edges. 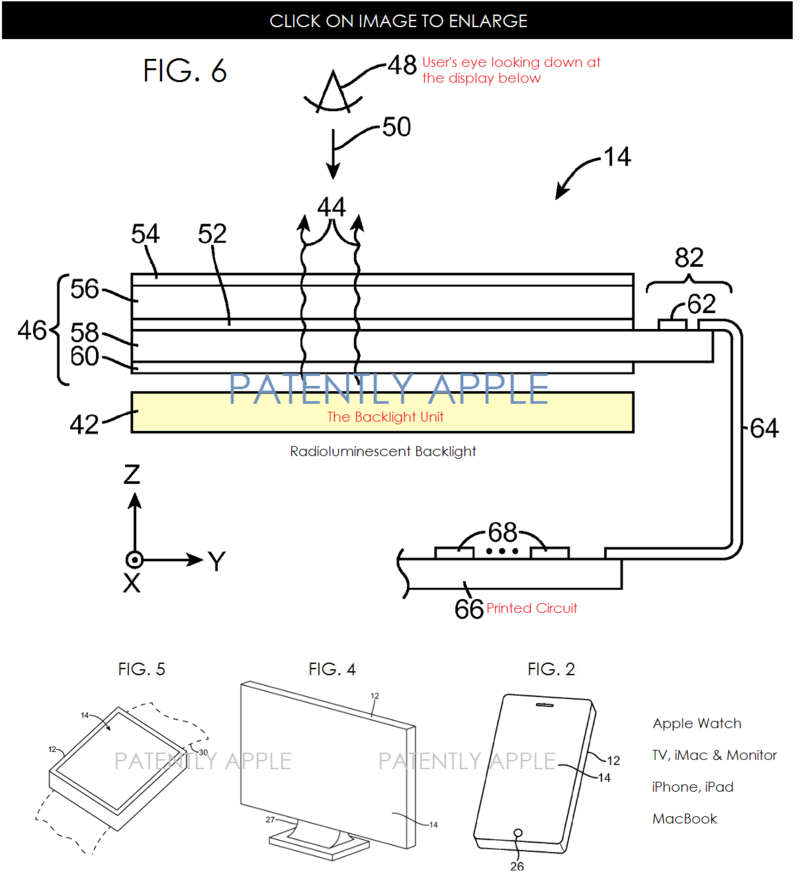 Apple notes that the new radioluminescent backlight could apply to future MacBooks (laptop computer), a computer monitor containing an embedded computer, any iDevice (iPad/iPhone/iPod), the Apple Watch (smaller device such as a wristwatch device), a pendant device or other wearable or miniature device, a television, a computer display that does not contain an embedded computer, a gaming device, a navigation device, an embedded system such as a system in which electronic equipment with a display is mounted in a kiosk or automobile and beyond.

Apple credits Jason Huey and Kevin Keeler as the inventors of patent application 20150022759 which was originally filed in Q3 2013. Considering that this is a patent application, the timing of such a product to market is unknown at this time.