Apple Invention Focuses on Virtual Gaming Controls for the iPad 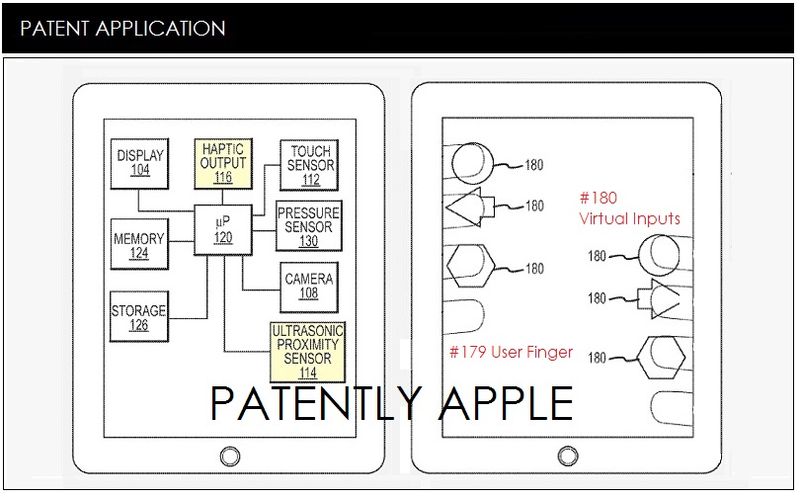 Last week we reported on an Apple invention relating to the iPhone or iPad Home Button doubling as a gaming joystick. It was so simple and yet so right. I had noted at the end of that report that it was a nice feature, even though it wasn't a total gaming solution. I guess the gaming gods wanted to remind us today that Apple indeed has other technology on hand to advance game-play functionality on iDevices. The U.S. Patent Office published a patent application today revealing an invention that covers iDevices having sensors built into the backside of the unit giving gamers controller inputs resembling standard gamepad functionality.

The timing of this latest patent application in context to last week's revelations confirms at minimum that gaming is one of the ways that Apple wants to advance the iPad in innovative ways. On July 22, 2014 we posted a report titled "Apple's CEO is sharply focused on the iPad with Hints of Significant Innovation on the Way." The report covered Tim Cook's commentary during Apple's fiscal Q3 financial conference where analysts were expressing some concern over the iPad's declining sales. Advancing the iPad with invisible backside gaming controls would be considered a significant advancement.

In Apple's patent FIG. 10 noted below we're able to see the backside of an iPad system having sensor regions for user input. Apple notes that sensors (shown as #177 above) may be positioned in regions under a surface of the perimeter of the backside to facilitate input by a user. It should be appreciated that the sensors may be positioned in a linear manner as shown, in a grid pattern, or any other suitable pattern and/or density to achieve a desired input granularity and/or functionality.

It should also be appreciated that the sensors for determining position and proximity of a user's hands may include ultrasonic, pressure, capacitive sensors, and/or the like. In some embodiments, one or more imaging devices may be implemented for positionally and/or proximity information.

As a user's hand positioning may shift or change during use, the virtual inputs may correspondingly shift as shown in patent FIG. 11 below. That is, if a user's hand moves during use, the move is sensed and the virtual inputs (shown as #180 below) are correspondingly changed to accommodate the shift of the hands. Generally, the assignment/interpretation of sensor input is reconfigured to compensate for the hand shift. 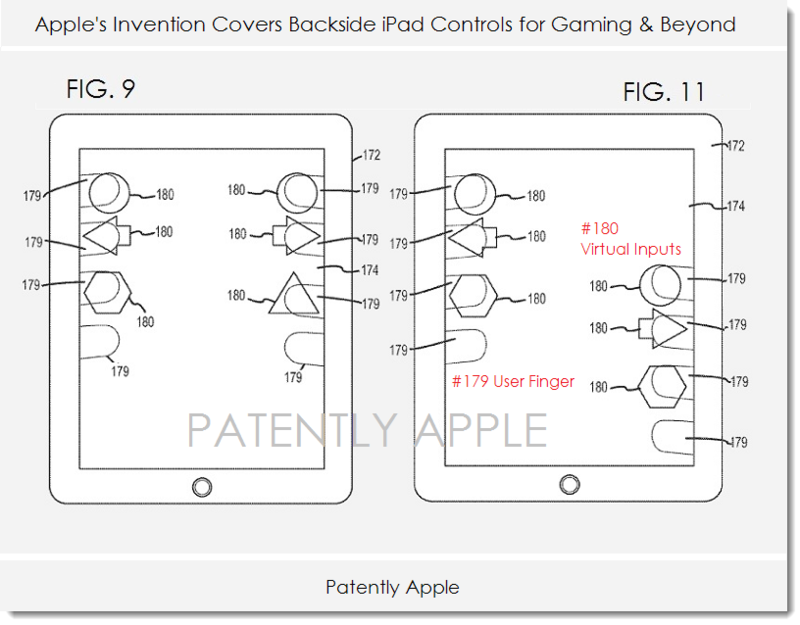 In Apple's patent FIG. 9 we see an iPad displaying configurable input devices and a user's hand position relative to the input devices in accordance with this invention.

Apple's patent FIG. 11 illustrates the tablet computer system of FIG. 9 with the configurable input devices reconfigured according to the position of a user's hands.

In this same very same patent application, Apple reveals their work regarding virtual keyboards for possible use with future iMacs and MacBooks. 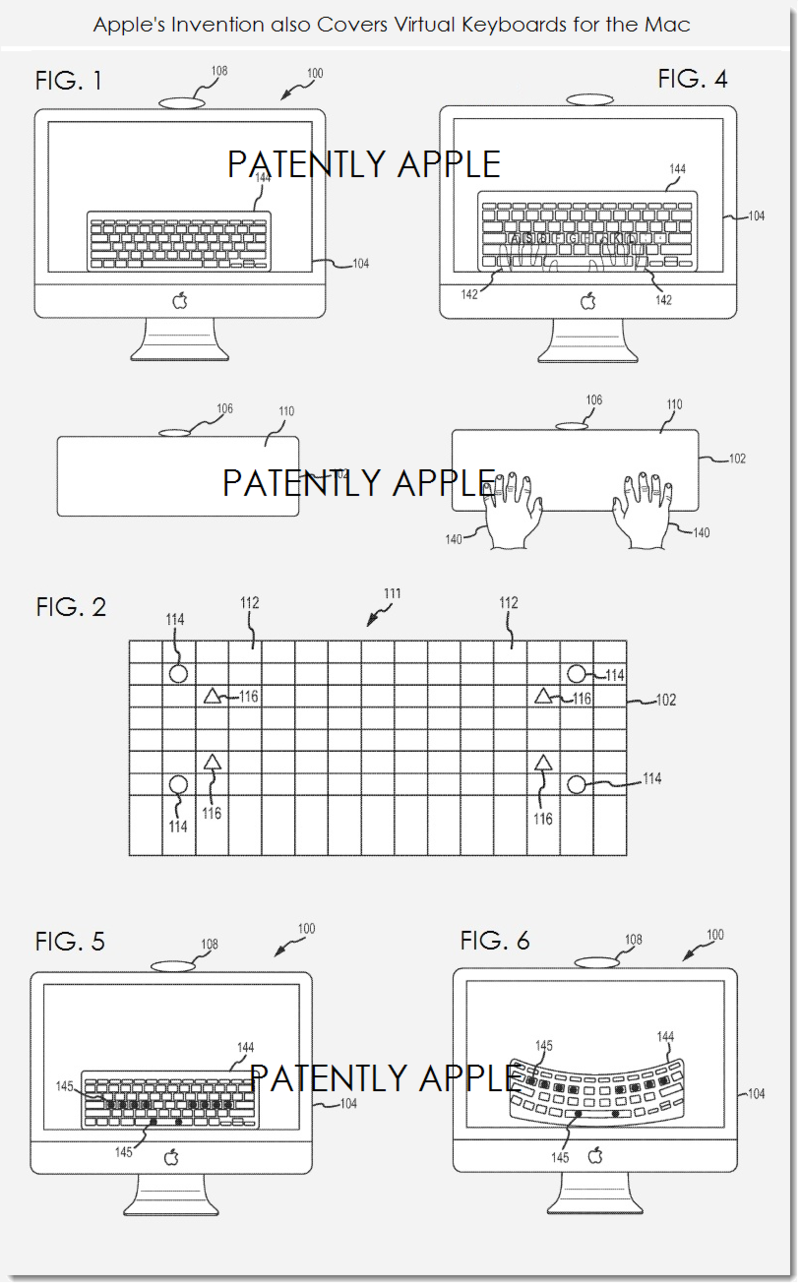 Additionally, or alternatively, the user's fingers may be shown in positions illustrating what input their digits overlay. That is, the illustrated fingers may be shown as being over particular characters, icons, etc., that the discrete input devices will be interpreted as by the computing system.

Apple credits David Amm as the inventors of patent application 20150022454 which was filed in Q3 2014. One of Apple's original patent filings on this subject matter could be reviewed here in more detail. In Apple's virtual gaming control patent, Apple notably revised their patent claims so as to strengthen their invention's IP. Considering that this is a patent application, the timing of such a product to market is unknown at this time.