Apple has filed their First Apple Watch Related Trademarks in the U.S. 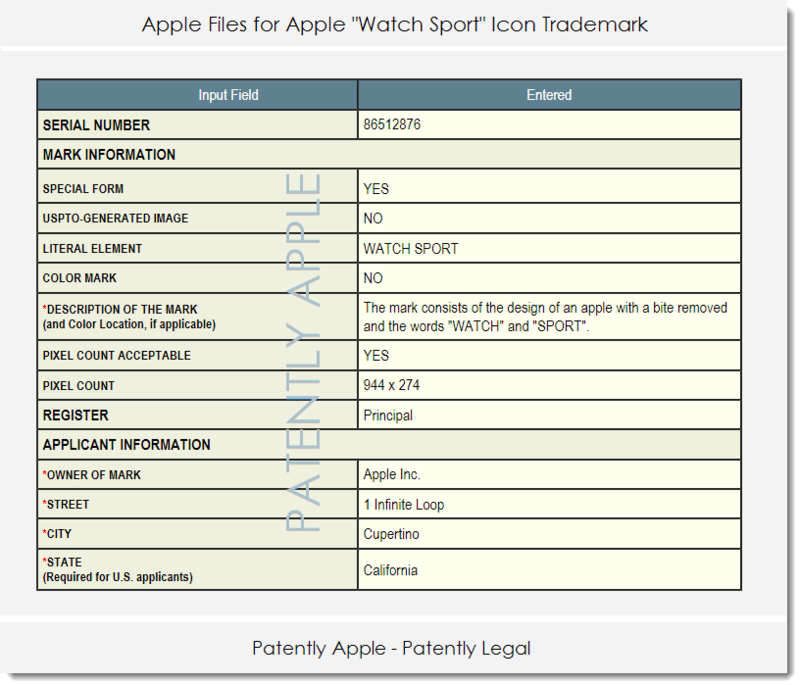 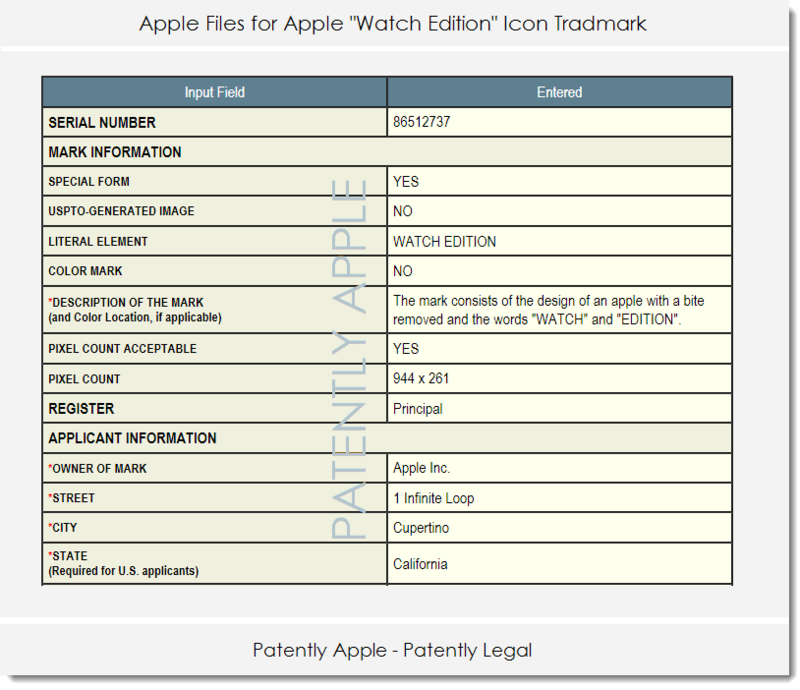 Apple trademark filings 86512737 and 86512795 were also revealed today by the U.S. Patent and Trademark Office for Apple Watch Edition as illustrated below. Apple filed their trademarks for this version of Apple Watch under the very same International Classes of 09 and 14 as noted in detail at the top of this report.

Although all of the trademarks filings were published today by USPTO, they're original filing dates are duly noted as being January 23, 2015.