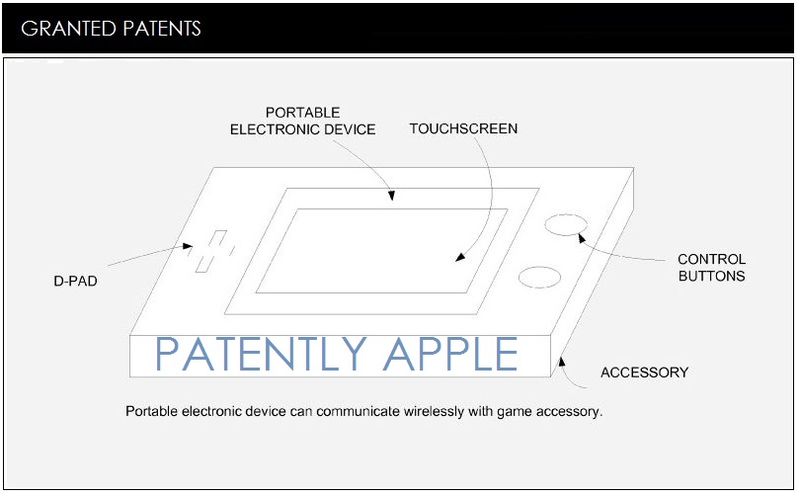 The U.S. Patent and Trademark Office officially published a series of 34 newly granted patents for Apple Inc. today. In this particular report we cover Apple's granted patent relating to gaming accessories providing an iDevice with gamepad functionality. At the moment there are a number of iPhone related gamepads on the market. Whether Apple is still considering making such an accessory with their branding is unknown at this time. 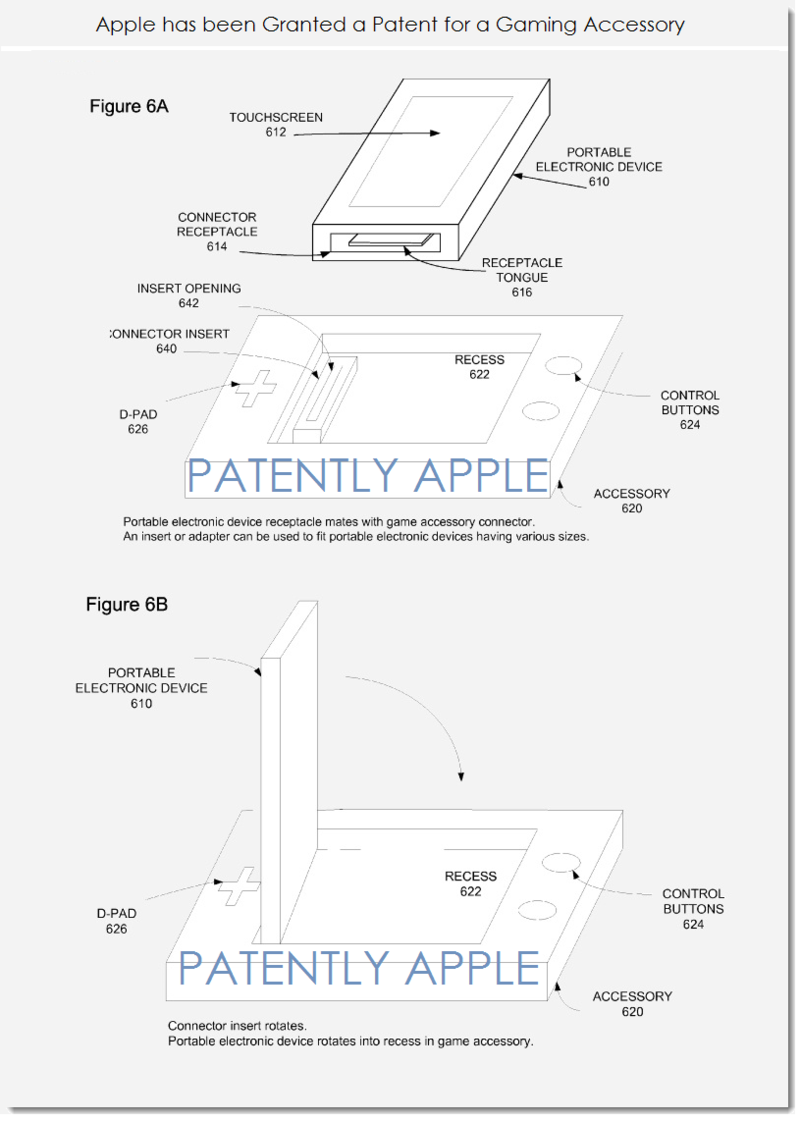 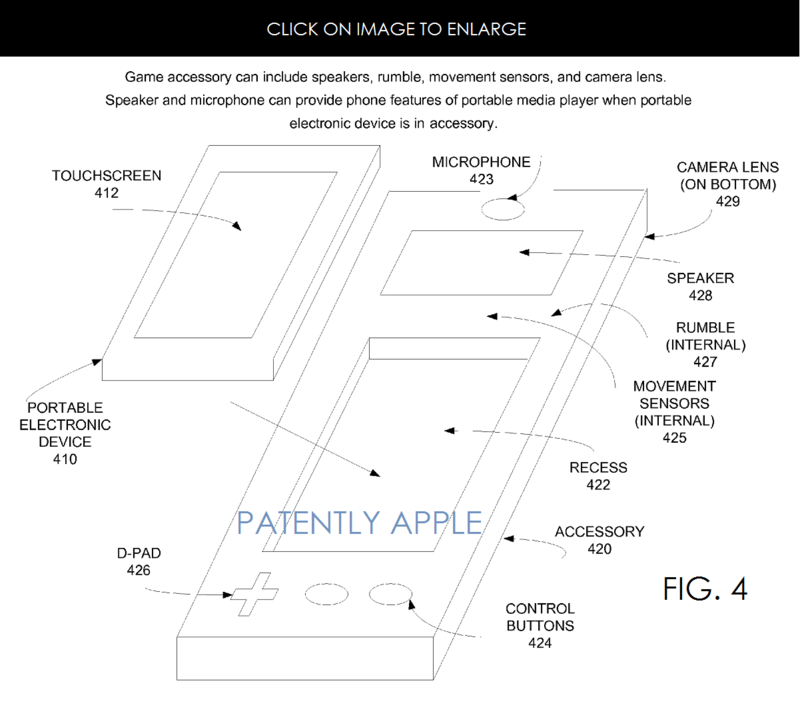 Patently Apple was first to reveal this patent application back in April 2010. The report titled "Apple Reveals Amazing Gaming Accessories in the Works," covers more of Apple's extensive gaming features along with many other patent figures.

Apple credits Brett Alten and Sanjay Gadkari as the inventors of granted patent 8,939,838 which was originally filed in Q3 2008 and published today by the US Patent and Trademark Office.

Earlier this month we posted a patent application report titled "Apple Invents a Home Button that Doubles as a Gaming Joystick." It's certainly a month for gaming related patents.