Apple Applies for "Works with Apple CarPlay" Trademark in the U.S.

In December we reported that Apple had applied for the "Works with Apple CarPlay" figurative trademark in Europe. Today the U.S. Patent Office reveals that Apple has now filed for the same trademark in the United States. Apple's CEO Tim Cook noted during their Financial Conference Call earlier this week that "CarPlay will be adopted by 30 automotive brands in 2015."

For those unfamiliar with Apple's CarPlay, it's a standard that was developed by Apple so as to allow devices running the iOS operating system to function with built-in display units of automobile dashboards. While unveiled as iOS in the Car during the opening keynote of the Apple Worldwide Developers Conference (WWDC) on June 10, 2013, it was later formally renamed CarPlay on launching to the public on March 3, 2014, at the Geneva Motor Show. 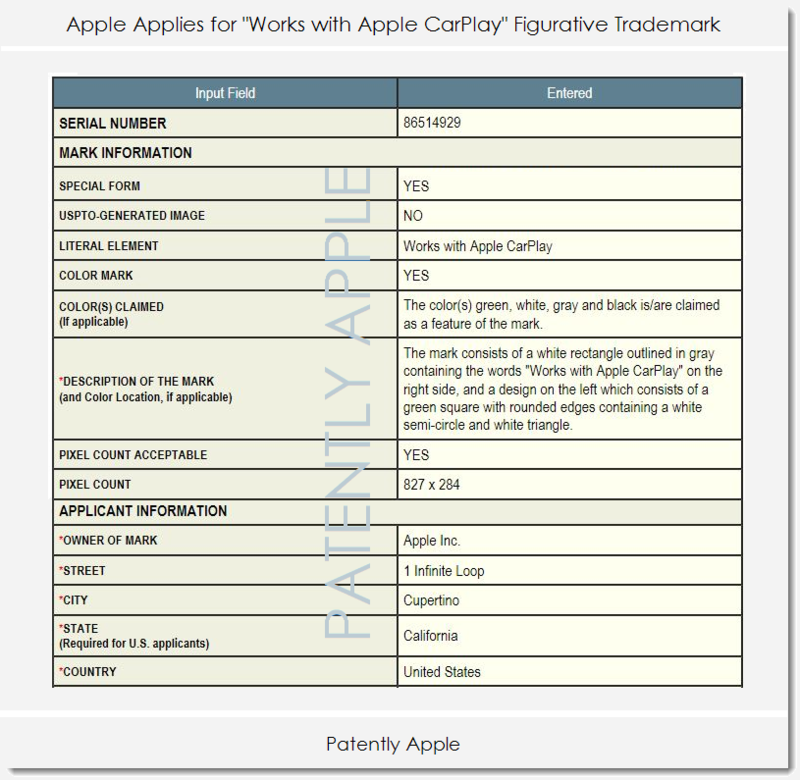 Priority is based on foreign filing: Apple has a bona fide intention to use the mark in commerce on or in connection with the identified goods and/or services and asserts a claim of priority based on Jamaica application number 65169, filed 07/31/2014.