On November 19 we reported that GTAT creditors were vexed by the settlement deal with Apple and called into question the adequacy of the settlement agreement. The noteholders said they wanted access to internal records and documents from Apple and GT Advanced to investigate if the settlement lets Apple off too cheaply. The noteholders asked U.S. Bankruptcy Court Judge Henry Boroff to postpone the settlement hearing, currently scheduled for Nov. 25, to give them time to complete their investigation. Today GTAT creditors seek the right to question Apple's Jeff Williams who is responsible for end-to-end supply chain management.

According to a new Wall Street Journal report "Creditors of GT Advanced Technologies Inc. want the right to question an Apple Inc. executive over his role in a crucial settlement in GT's bankruptcy case.

In a Monday filing with U.S. Bankruptcy Court in New Hampshire, GT's official committee of unsecured creditors and a group of bondholders said Apple Senior Vice President of Operations Jeff Williams should be made available for a 'short, half-day deposition.'

'Based on documents produced by Apple, it is clear that Williams played an important, substantial and hands-on role in managing the relationship between GTAT and Apple in connection with the matters that are directly relevant to the Apple settlement motion,' the creditors said in the filing." 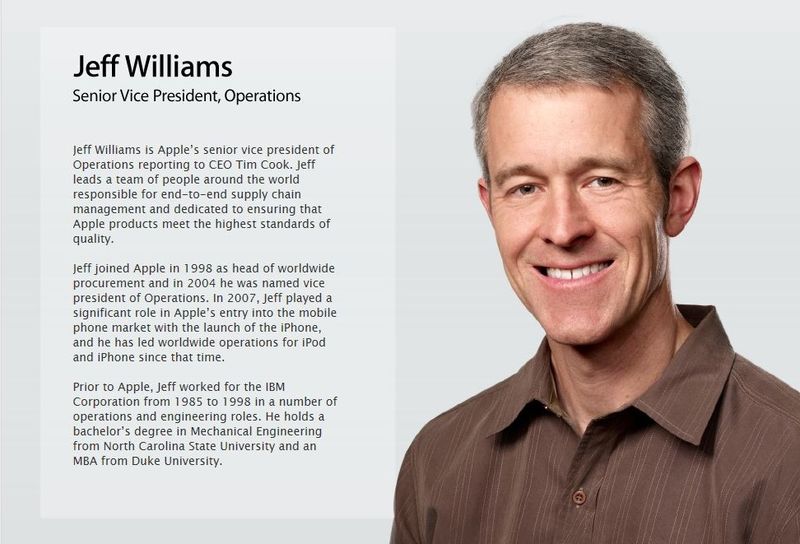 For more background on this story line, check out our report titled "A Real Profit Killer: Pictures of GTAT's Sapphire Boule Graveyard."