According to a new report published late yesterday, Ford has updated its Sync in-dash infotainment platform, and that's bad news for Microsoft. Ford announced late yesterday that it had chosen BlackBerry's QNX technology as the foundation for its next generation of car experiences, and that means Microsoft's Windows Embedded solution is out the window and CarPlay is in. Ford had signed unto to Apple's CarPlay back in July.

Sync 3 comes with a variety of improvements over its predecessor, including support for requesting directions by speaking an address. The system will integrate with apps on both Android and iOS, as well.

The report concludes that Ford is working on allowing Google's Android Auto and Carplay functionality.

Yet we know better, because we had reported on a Ford patent application just last week revealing their work on an-vehicle system using Siri. They specifically note Apple's "Eyes Free" solution and mention Apple's Siri six times in their patent versus only once for Android. And it's no secret that Ford is signed up to be a Carplay participant and has for a long time. 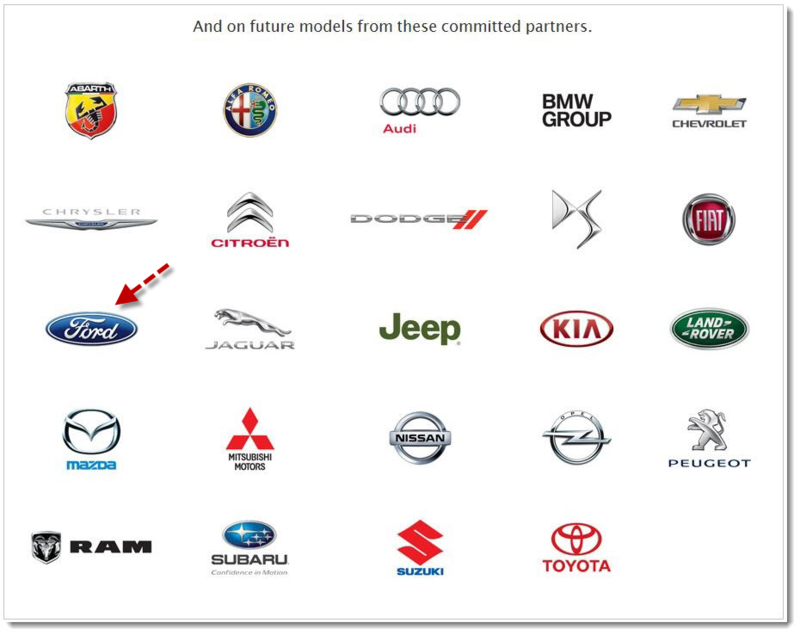