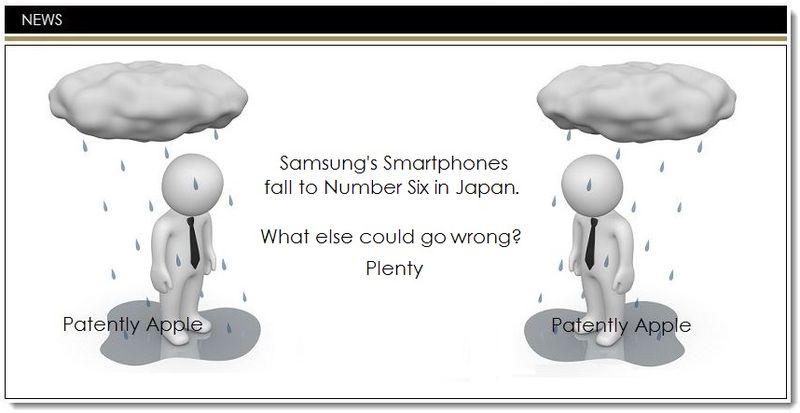 Just last week we posted a report titled "Apple's iPhone 6 Still the Top Smartphone in Japan." Apple's lead in Japan is by a wide margin. Today, it's being reported in Korea that Samsung's smartphone sales aren't only crashing in China - they're crashing in Japan as well. We also learned today that Samsung is selling off some of their businesses as fast as they can dump them in an effort to reverse the downward spiral that they're currently in.

According to a new Korean report, Apple remained number one in Japan with a share of 39.4 percent, followed by Sony with 18.3 percent, Sharp with 11 percent, Fujitsu with 9.2 percent and Kyosera rounding out the top five with 7.3 percent.  Samsung came in sixth with at a measly 5.5% smartphone market share. This is reportedly the first time in three years that Samsung has missed being in the top five phone makers in the Japanese market.

Samsung seems to be in freefall and their desperation to get back to profitability has them selling off entire companies or businesses. Today it's being reported in another Korean report that Samsung is selling their fiber optics business to Corning.

In a Company statement they stated that "Samsung will completely exit the business. We agreed with Corning to sell our entire assets including facilities in the local southeastern industrial city of Gumi and China." The deal will be completed in the first quarter of next year.

The Korean report further noted that "During a power transition underway to Samsung-heir Lee Jae-yong, the consumer electronics giant recently dropped its defense and chemical businesses," as well. In addition, Samsung is reportedly "scaling down business divisions in accordance with the group-wide strategy to depart from "department-style" management."

And just when they thought things couldn't get worse, Samsung woke up to the news today that Xiaomi will be unveiling a new smartphone at CES in early January. That's bound to severely hurt a quick comeback for Samsung at the low-to-mid range of the market.

Xiaomi will be unveiling the next generation of their Mi5 to take on Samsung's Note 4 with a quad processor, a 5.7" 2K display and a fingerprint scanner for US$325.

While Samsung is trying to play it cool as if it's just business as usual, we reported yesterday that three heads rolled over the company's poor performance and the news that they're rapidly selling off businesses is telling us otherwise. It's just more rainy days ahead for Samsung until they could figure out how to shake Xiaomi off their game.