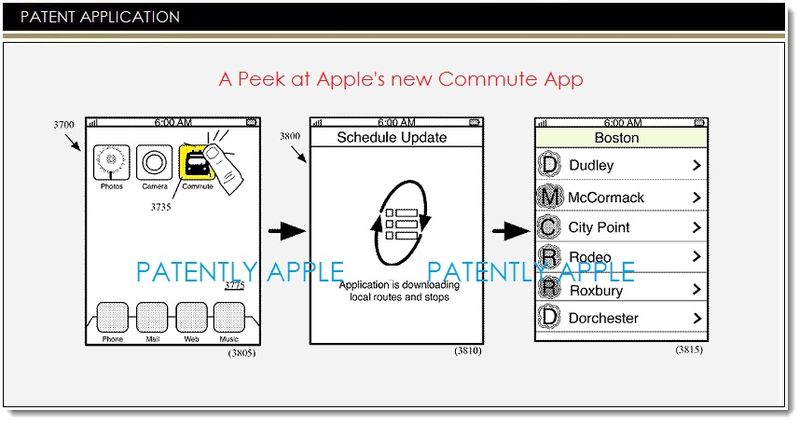 Apple was busy in the summer of 2013 acquiring several mass transit app companies such as HopStop, Locationary and most notably Embark that had a great app for customizing trips in your city or in a new city you're visiting. Today the US Patent & Trademark Office published a patent application from Apple that reveals their future mass transit "Commute App" that's now in the works.

In some embodiments, the dynamic focus table allows a user to quickly scroll through all the trips that are scheduled to travel along the particular route throughout the day or for a certain period of time. In some embodiments, the commute application receives updates to the arrival and departure time of transit vehicles at each stop along a route from a set of servers operated by a transit operator or from one or more third parties that collect this information from the transit operator or from equipment that these parties install on the transit vehicles.

In some embodiments, a set of servers receives the graphical representations of the transit systems, routes, stops and schedules for each locality (e.g., each city, state, etc.) from one or more transit system data providers (e.g., train operators, bus operators, etc.) of the locality and/or third parties that work with these data providers. This set of servers then provides the received graphical representations to specify the route, stop, and schedule display for a particular locality to a device's commute application when the device is operating in that particular locality.

Apple's patent FIG. 36 noted below conceptually illustrates providing a notification for the commute application of some embodiments when a device is in a power saving mode; FIG. 38 conceptually illustrates the commute application of some embodiments downloading different route data based on different localities in which a device operates. 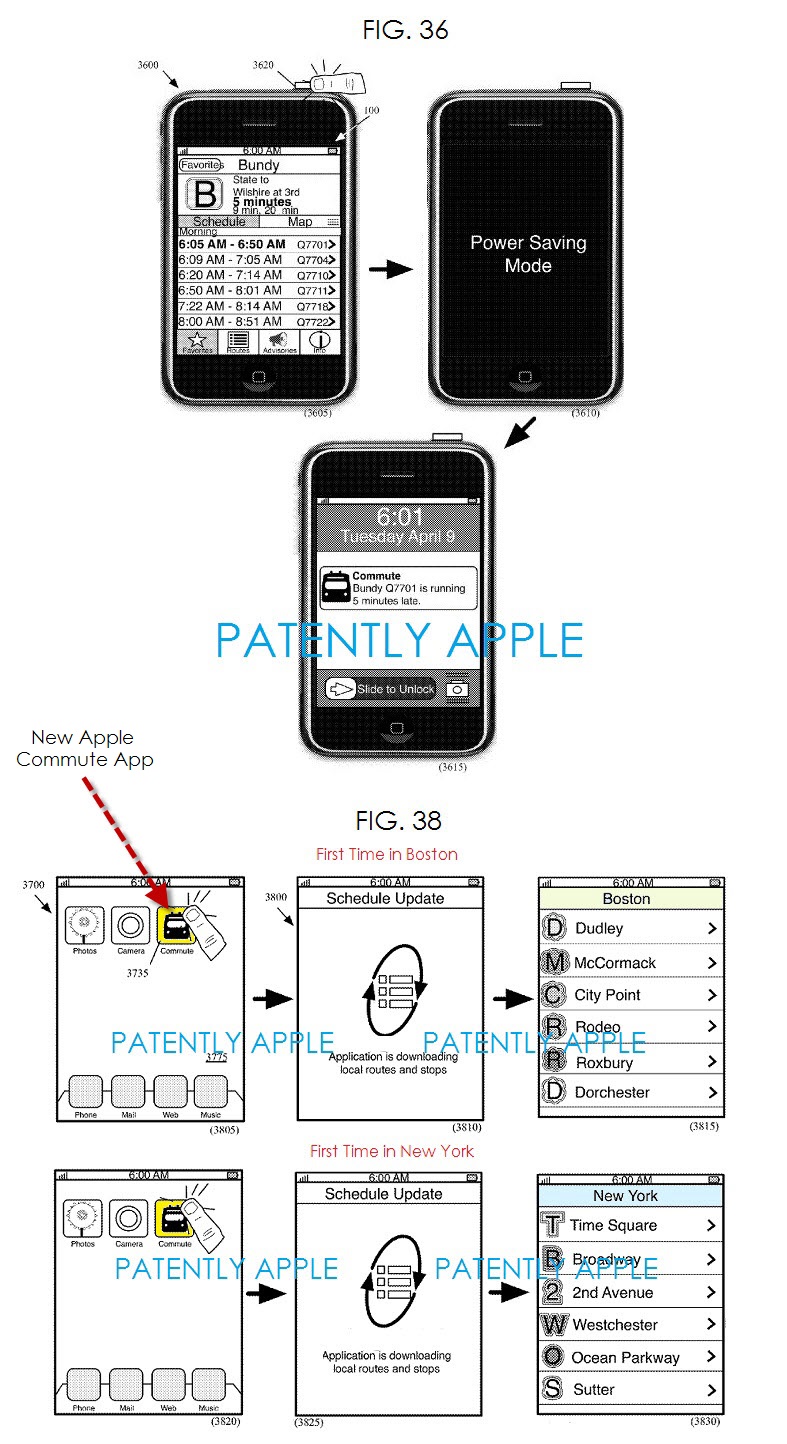 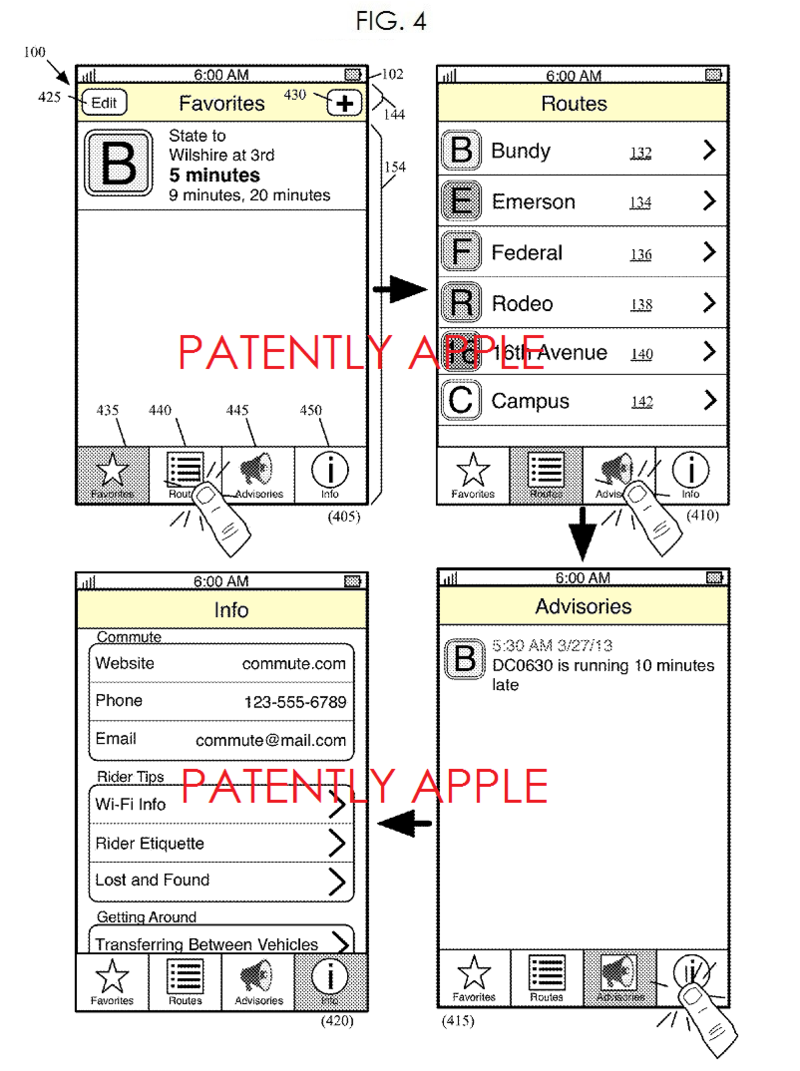 One of the notable featues that could be comming to this commute app is that it will be integrated with Siri. Apple notes that "The audio subsystem is coupled to a speaker to output audio (e.g., to output voice navigation instructions). Additionally, the audio subsystem is coupled to a microphone to facilitate voice-enabled functions, such as voice recognition (e.g., for searching), digital recording, etc.

Apple's application is massive and chock-full of rich details. It has 45 patent figures in total covering various interfaces and so forth. For those interested in reviewing this patent filing, check out Apple's future mass transit "Commute App." There were two other patent applications related to this invention. If you're interested than check out: Architecture for Distributed Transit Data, and Location-Based Features for Commute Assistant.

Apple credits May-Li Khoe, Joseph Hagedorn and Marcel van OS as the inventors of patent application # which was originally filed in Q4 2013. Considering that this is a patent application, the timing of such a product to market is unknown at this time.