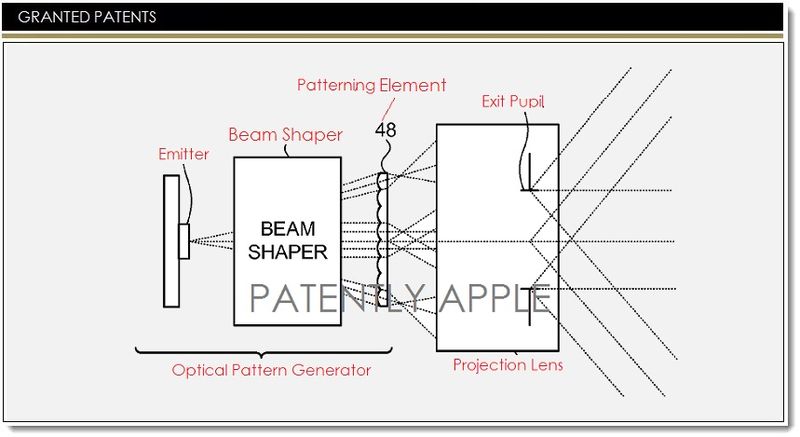 The US Patent and Trademark Office officially published a series of 33 newly granted patents for Apple Inc. today. In this particular report we cover Apple's lens array projector for integration into a future iDevice for 3D mapping and beyond. This is one of the inventions that Apple inherited from Israeli PrimeSense when acquiring them a little over a year ago.

Apple has been granted a patent today for their invention relating to optical devices and systems, and particularly to optical projection systems with improved illumination beam homogeneity. Projection systems are used in many applications, including three-dimensional (3D) mapping and imaging (also referred to as depth mapping).

Apple's patent FIG. 1 shown below is a schematic side view of a 3D mapping system. 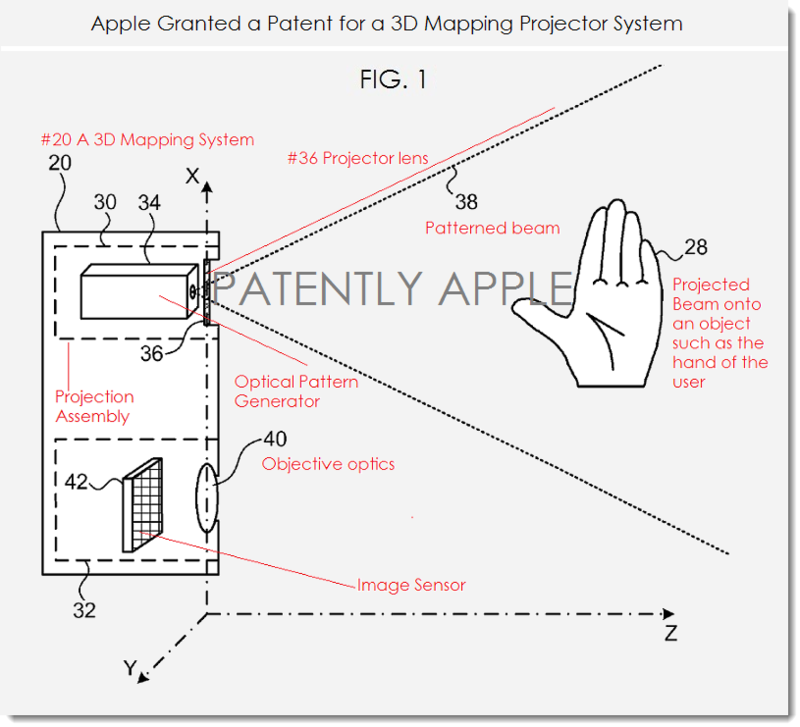 Apple's example reminds me of device that we covered back in 2009 called the SixthSense as noted in the graphic below.

Apple's patent FIG. 2 noted below is a schematic side view of an optical projection assembly. 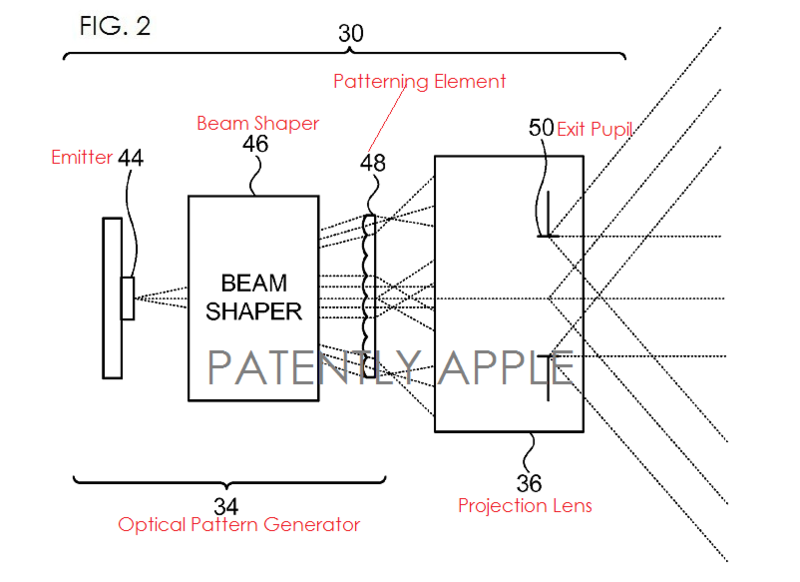 Apple's patent FIG. 2 is a schematic side view of projection assembly #30. An emitter #44 emits light, which may be in the visible, infrared and/or ultraviolet range, as noted earlier. The emitter comprises a matrix of light sources arranged on a substrate, such as a semiconductor chip on which an array of vertical-cavity surface-emitting laser (VCSEL) diodes is formed. Alternatively, the emitter may comprise edge-emitting laser diodes with suitable optics for directing the emitted light away from the chip.

Apple's granted patent doesn't commit to a device that it's designed for, but a recent patent application covering a similar device would strongly suggest an iDevice like an iPhone.

Apple credits Benny Pesach, Shimon Yalov and Zafrir Mor as the inventors of granted patent 8,908,277 which was originally filed in Q3 2012 and published today by the US Patent and Trademark Office.The original patent application was filed on August 9, 2011 by PrimeSense under number 20130038941.