On Monday we reported that the BBC was going to air a special called "Apple's Broken Promises" on Thursday. Prior to the special airing later this afternoon in North America, the BBC wanted to get their story out before others. They begin their report by stating that "Poor treatment of workers in Chinese factories which make Apple products has been discovered by an undercover BBC Panorama investigation." Apple immediately responded by telling the BBC that they strongly disagreed with the program's conclusions.

Filming on an iPhone 6 production-line showed Apple's promises to protect workers were routinely broken. It found standards on workers' hours, ID cards, dormitories, work meetings and juvenile workers were being breached at the Pegatron factories.

Exhausted workers were filmed falling asleep on their 12-hour shifts at the Pegatron factories on the outskirts of Shanghai. The BBC photo noted below appears to be capturing a factory floor break as everyone is resting. No factory foreman would ever allow the entire shift to fall asleep. This picture alone tells you the slant the BBC was baking into this story. That one picture puts the full report into question. 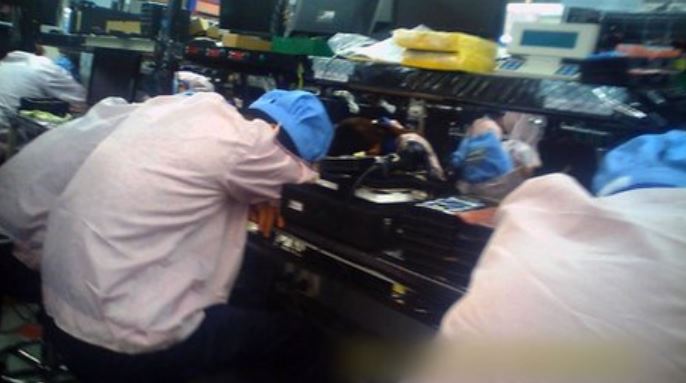 One undercover reporter, working in a factory making parts for Apple computers, had to work 18 days in a row despite repeated requests for a day off.

Apple declined to be interviewed for the program, but said in a statement: "We are aware of no other company doing as much as Apple to ensure fair and safe working conditions. We work with suppliers to address shortfalls, and we see continuous and significant improvement, but we know our work is never done."

Apple said it was a very common practice for workers to nap during breaks, but it would investigate any evidence they were falling asleep while working.

Panorama also travelled further down Apple's supply chain to the Indonesian island of Bangka. The BBC noted that while "Apple says it is dedicated to the ethical sourcing of minerals, but the program found evidence that tin from illegal mines could be entering its supply chain."

Watch Panorama: Apple's Broken Promises on BBC later today at 21:00 GMT at 1pm PST or watch it later using the free BBC iPlayer available on iTunes. You could read more about the BBC report here. UPDATE 3:36 PST: Note that the BBC's iPlayer doesn't work in North America. The BBC should have made their program easily available online for those of us in North American, especially in light of the subject matter.

Did the BBC mention that Apple is doing more for foreign workers than Dell, Samsung or others making products in China? No. The target was Apple, which makes it hard to see the report as being truly balanced. If you agree and disagree, send in your comments below.

NOTE: THE BBC IPLAYER ONLY WORKS IN THE UK 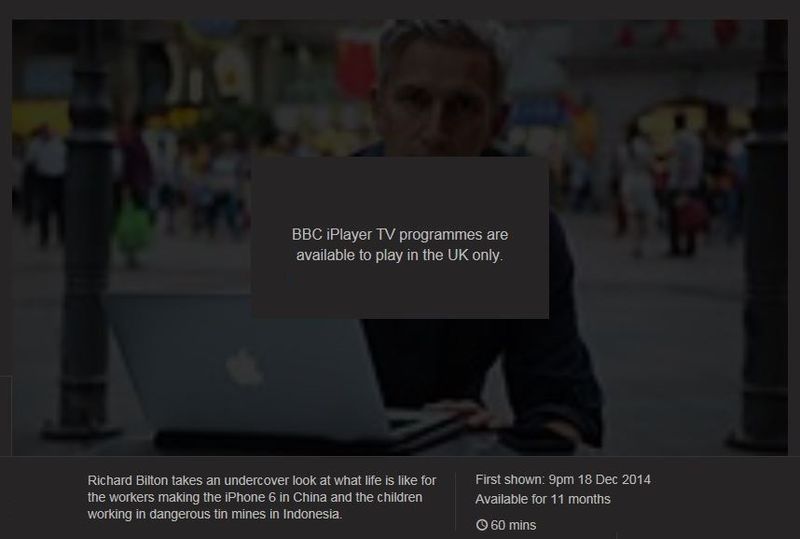