Last weekend we reported that Apple had filed a trademark application in Hong Kong for their revised Mac logo. Today the U.S. Patent Office published two trademark applications from Apple for the same logo in color and black and white. The new Mac Logo better reflects Apple's flatter User Interface that was first introduced last year with iOS 7 and now extends through to OS X Yosemite. 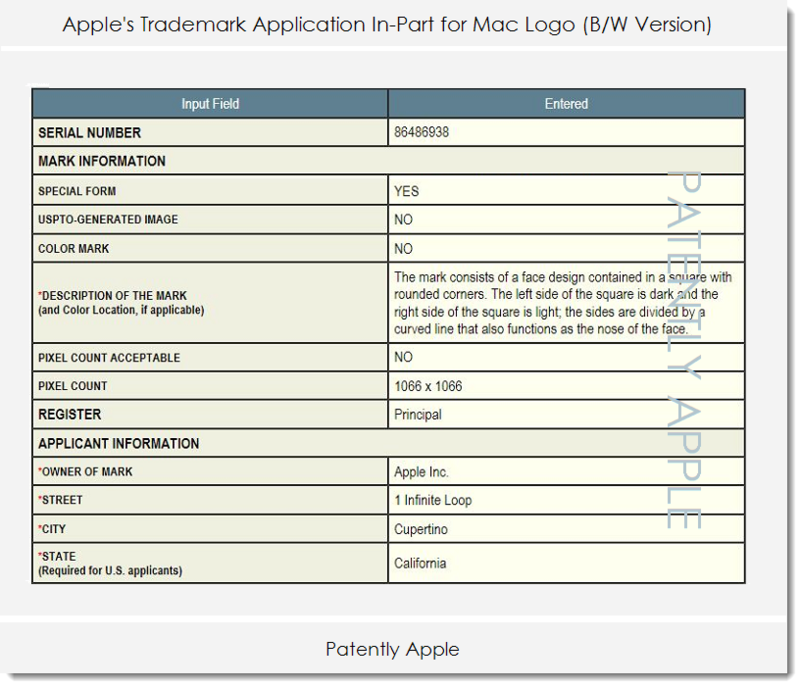 According to US Patent and Trademark Office's documentation, the trademark was filed under International Class 009 which specifically covers "Computers, computer peripherals, computer software and computer operating system software."

Apple also filed for the Mac logo in color under U.S. application number 86486916. To view the colored logo, see our Hong Kong trademark report as linked to above.