Apple Granted a Patent for Streaming Content from an Apple TV to an iPhone, iPad or even an Apple Watch one Day 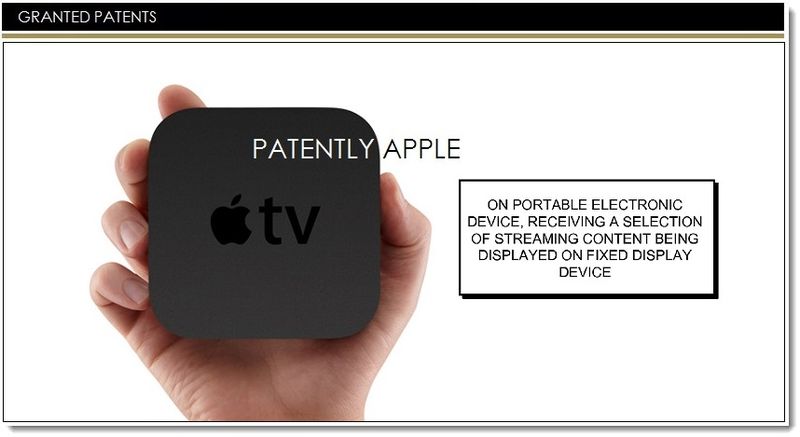 On March 27, 2014, the US Patent & Trademark Office published a patent application from Apple that revealed an Apple TV feature that many will appreciate. Today that patent has been granted. In a nutshell, if you're watching a movie on Apple TV and want to get some popcorn and drinks, you may not have to stop the movie. You'll just sync the movie stream from your Apple TV to your iPhone, iPad or maybe even your future Apple Watch and it'll allow you to watch your movie while you're grabbing those snacks. While only time will tell if that scenario ever plays out, it sounds like an interesting little feature.

In Apple's patent FIG. 5 noted below we're able to see a flowchart illustrating a process displaying a synchronized instance of content on a portable electronic device. The operations shown in patent FIG. 5 are performed by a portable electronic device such as an iPhone, iPad, Notebook or perhaps a wearable device and a fixed display system like a TV. 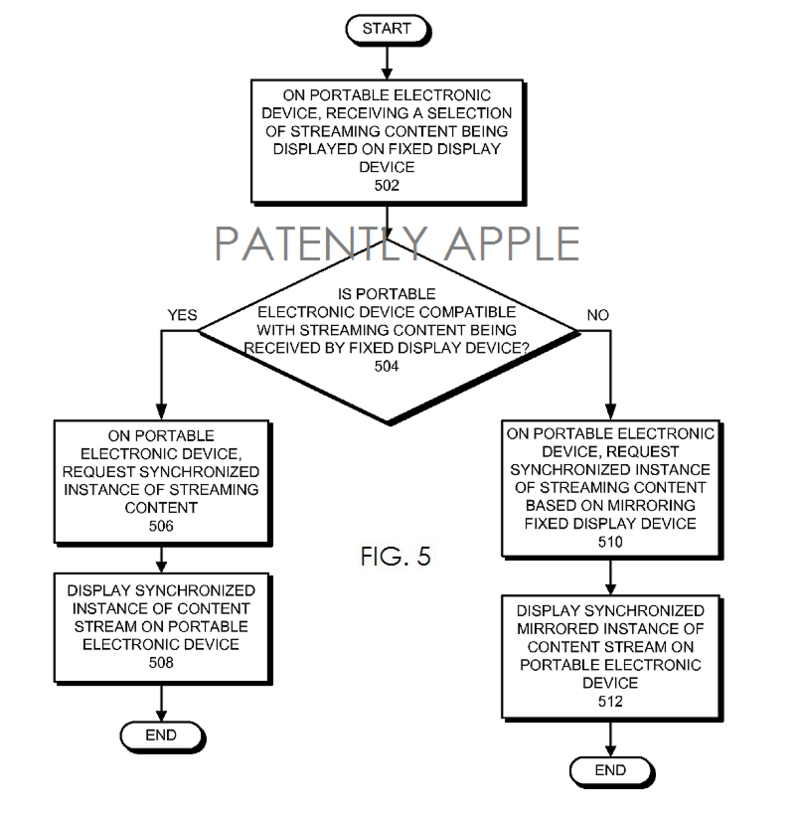 In Apple's patent FIG. 6 we're able to see a network environment. For example, a user may be watching a movie that is streaming from Netflix (content stream source 408) through the Internet (WAN 406) to a wireless residential gateway that includes a modem, router and wireless access point (gateway 404) to a wireless home network (LAN 402) to an Apple TV device connected to a flat screen TV (fixed display system 200 including fixed display subsystem 208). 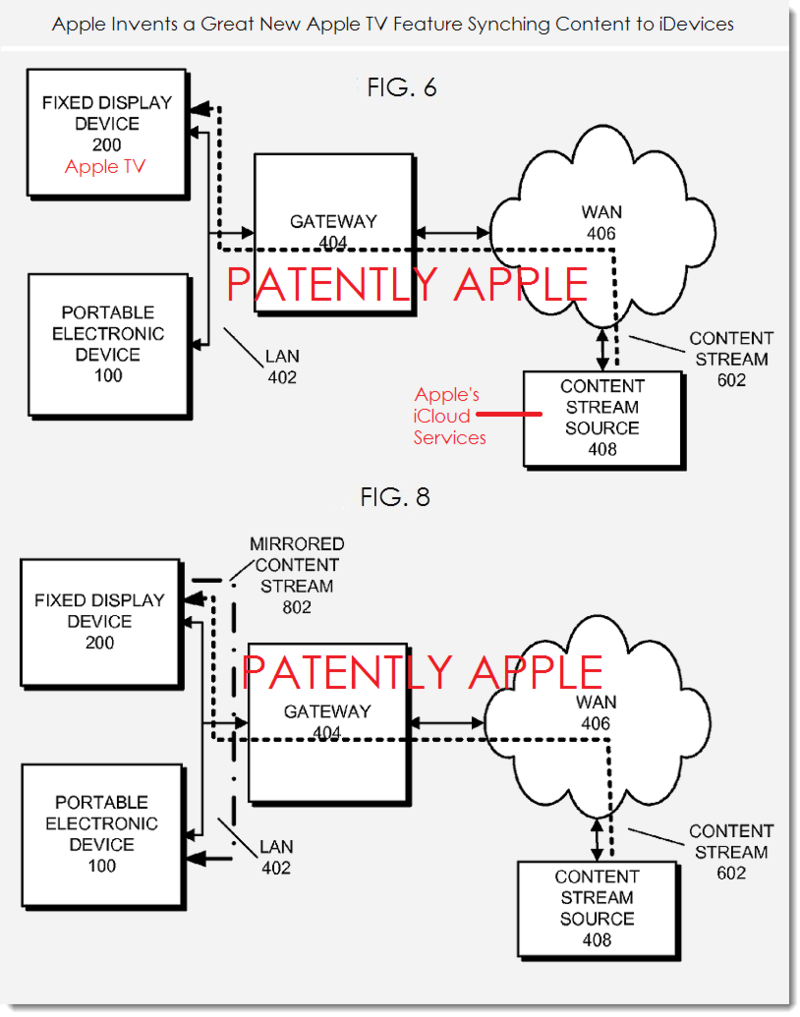 A portable electronic device requests a synchronized instance of content stream #602 based on mirroring fixed display system as depicted in FIG. 8.

There are other configurations and scenarios presented in Apple's patent. To review them, click here.

Apple credits Devrim Varoglu and Swapnil Dave as the inventors of this granted patent which was originally filed in Q3 2012.

Patently Apple covered this original patent application back in March under the report titled "Apple Invents a Great New Apple TV Feature You Just Might Like."