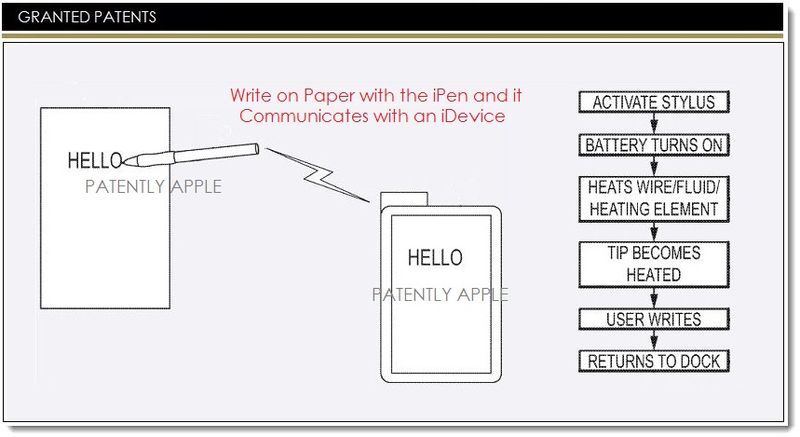 On the last patent day for 2014, the US Patent and Trademark Office officially published a series of 35 newly granted patents for Apple Inc. today. In this particular report we cover one of Apple's unique digital pen inventions. This pen invention will allow a user to write on paper and have their notes simultaneously transfer to an iDevice like an iPhone or iPad. Apple's invention also smartly presents a built-in dock for the pen that would appear to be held in place via magnetics. Besides granted patents, Apple filed for ten new iPen patents in 2014.

Apple has been granted a patent today for their invention relating to an iPen or modern stylus that includes a position sensing device such as an accelerometer, a tip for writing, a transmitter for sending position data, a receiver and a computing device. 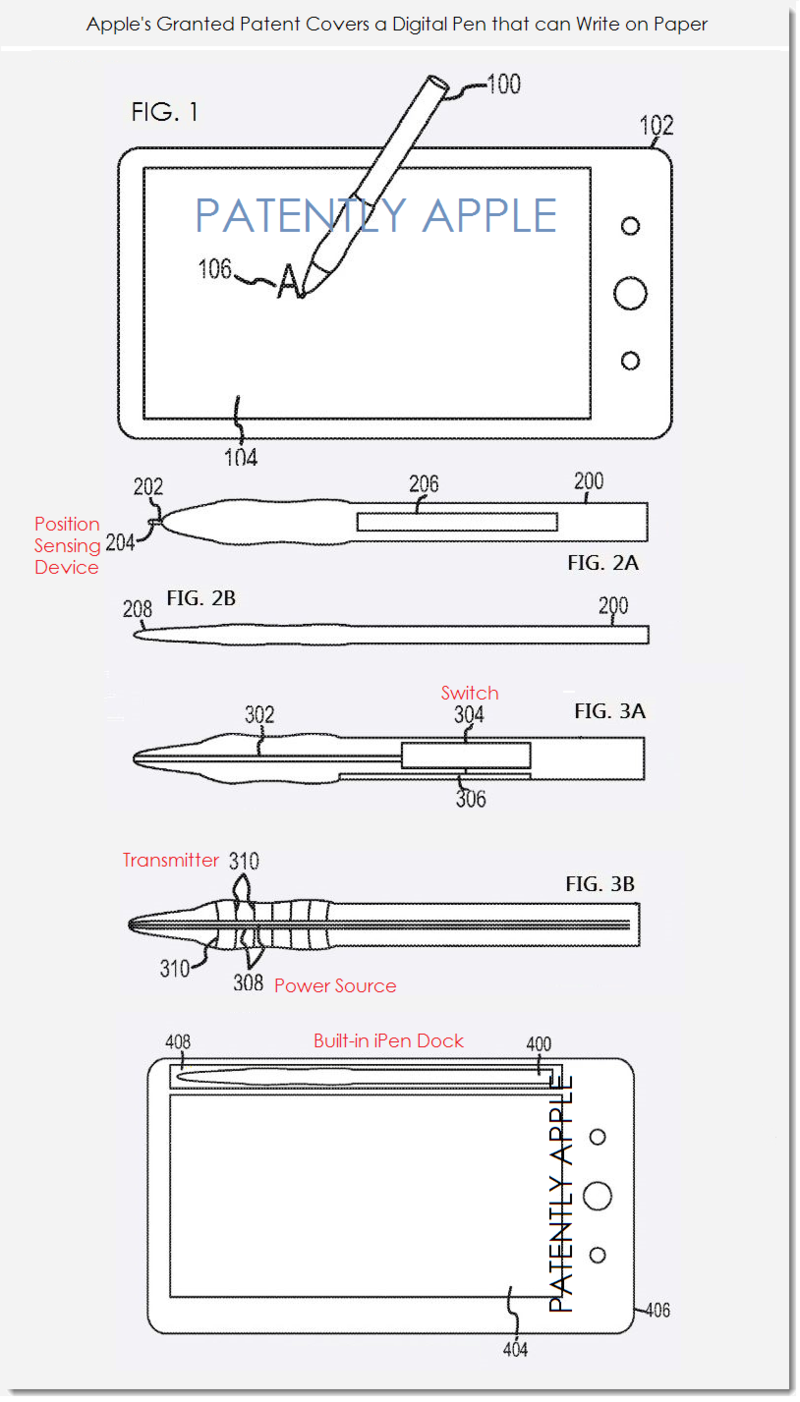 Patently Apple covered Apple's original patent application back in 2011. Our report provided an extended overview of the invention which covered the following: an iPen with a heated conductive tip; creating notes on any paper, overview of the pen system; a unique heating element; a built-in iPen Dock and more. To review more about this invention, see our report. Apple has an extensive range of patent covering a future iPen and you could review them in our Smart Pen archives.

Apple credits Aleksandar Pance as the sole the inventor of granted patent 8,922,530 which was originally filed in Q1 2010 and published today by the US Patent and Trademark Office.