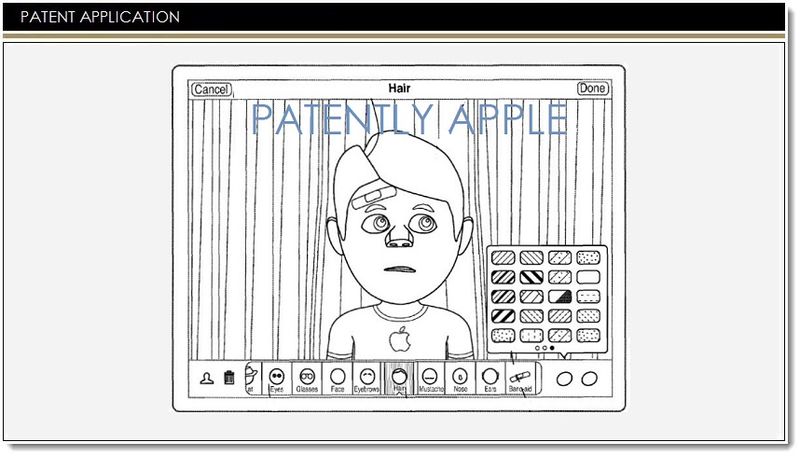 On December 18, 2014, the US Patent & Trademark Office published a patent application from Apple that reveals their third 3D app invention that will allow users and/or artists to customize a 3D model. The designs could be changed, re-defined, re-drawn, smoothed or otherwise deformed so that the asset may have a seamless transition with the remainder of the model. This could also apply to create avatars for future games.

Some electronic devices can display three-dimensional models that a user can control as part of an electronic device operation. For example, gaming consoles can display three-dimensional avatars that represent a user, and the user can direct the avatar to perform specific actions in a game. The three-dimensional models can be constructed from the combination of several assets such as a body, head, eyes, ears, nose, hair, glasses, hat, or other accessories. The assets can be placed adjacent to the external surface of the model. To enhance the user's experience, the user can personalize a displayed model by selecting and moving specific assets with respect to the remainder of the model.

Invention: Integrating a 3D Asset with a 3D Model

A future iDevice will be able to display different content for enjoyment by a user. In some cases, an electronic device can display a three-dimensional model as part of an application operating on the device.

In Apple's patent FIG. 1 we're able to see an illustrative display of an electronic device such as an iPad for displaying a three-dimensional model in accordance with some embodiments of the invention. The display can include a model #110 that may be provided in front of a background #102. Model 110 can represent any suitable object including, for example, a person, an animal, a place, or a thing (e.g., an imaginary being). In some cases, the model can include an avatar.

A user will be able to create a model by selecting assets from an asset bar #120, and positioning specific assets on the model. The assets can include, for example, a face, mouth, eyes, ears, nose, mustache, beard, hair, eyebrows, glasses, hats, accessories (e.g., jewelry or Band-Aids), clothing, or other components that can be included on or integrated with a model. The assets can be provided from a source of assets (e.g., a library of assets that may be stored locally on or remotely from electronic device).

When a user selects an asset type on the asset bar such as, for example, hair asset type #122, the device can display a menu or listing of one or more different hair options (not shown). The user can select one of the hair options to be applied to the model. 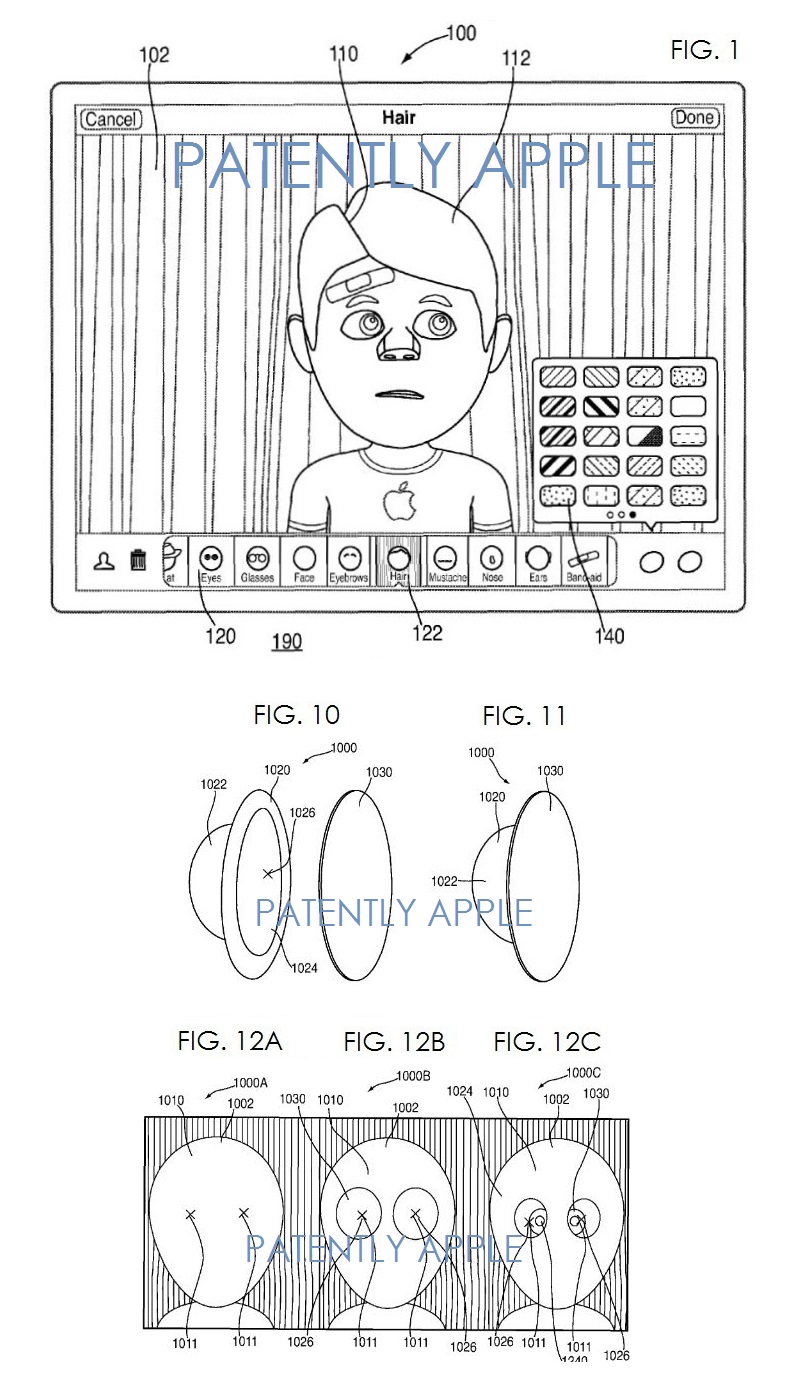 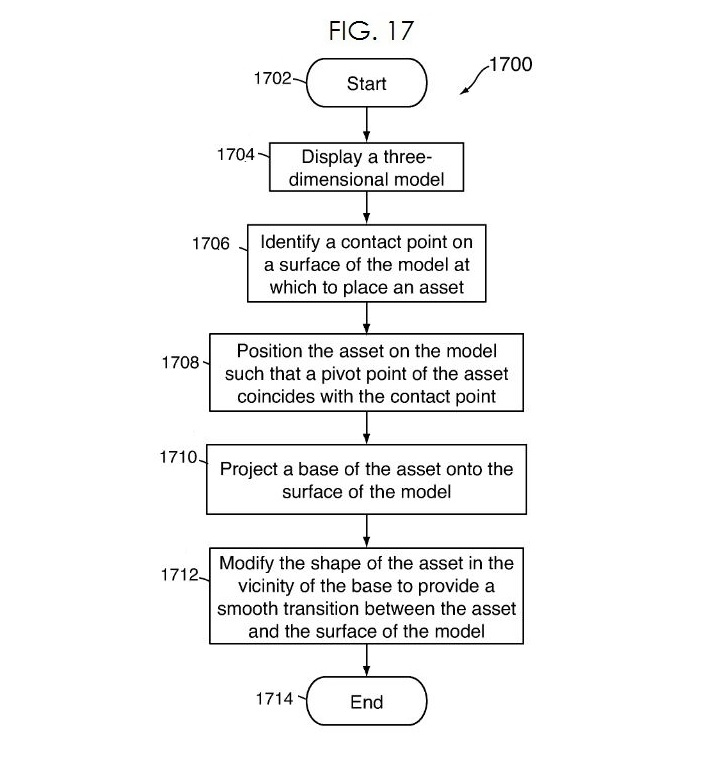 Apple's patent FIG. 17 noted above is a flowchart of an illustrative process for integrating an asset with a three-dimensional model.

Apple credits Thomas Goossens as the sole inventor of patent application 20140368502 which was filed in Q3 2014. Considering that this is a patent application, the timing of such a product to market is unknown at this time.

It should be noted that today's patent application adds different patent claims to their already granted patent 8,830,226 which was issued in September. This application is also associated with two other key patent applications that we covered back in 2012 (See reports one and two).