In a press release issued this morning, Apple announced that models of iPad Air 2 and iPad mini 3 with cellular networking will be available in China starting this week. TD-LTE and FDD-LTE standards, as well as TD-SCDMA, DC-HSDPA, HSPA+ and other fast networks, are all available in a single model, giving iPad Air 2 customers in China the ability to stay connected on advanced cellular data networks in China and around the world so they can go more places and do more things. 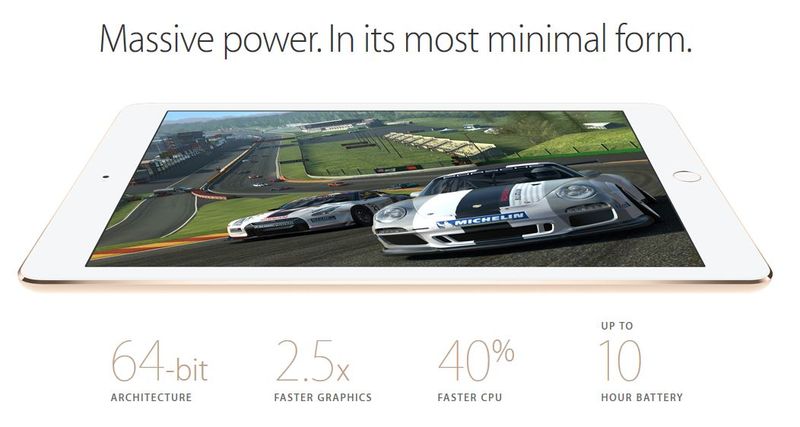 Apple's iPad Air 2 is the thinnest and most powerful iPad ever. Just 6.1 mm thin and weighing less than a pound, iPad Air 2 is packed with amazing new innovations—an improved Retina display with a new anti-reflective coating that reduces glare by 56 percent* for enhanced viewing in the office, the classroom or outdoors; all new iSight and FaceTime cameras for capturing stunning photos and videos; second generation 64-bit A8X chip that delivers improved CPU and graphics performance while playing games or working; and the revolutionary Touch ID, a simple and secure way to unlock iPad with just the touch of a finger and authenticate within apps to better protect logins and data.