23,000 United Airlines Attendants will officially use the iPhone 6 Plus in 2015 to Handle Onboard Retail Transactions & More

The Apple – United Airlines partnership has certainly shone this year. In March they introduced in-flight movie service exclusively for Apple devices. Then we posted a report covering some of the new iPad Bars United is setting up that also covers iPad menus in their restaurants at several airports with many more on the way. Today, United Airlines announced they will be equipping its flight attendants with Apple's iPhone 6 Plus, putting important safety and service information at flight attendants' fingertips while enhancing their ability to meet customers' needs.

United will begin distribution to its more than 23,000 mainline flight attendants during the second quarter of 2015. Upon introduction, the devices will have the ability to handle most onboard retail transactions and will enable access to company email, united.com and the company's Intranet as well as policies and procedures manuals. 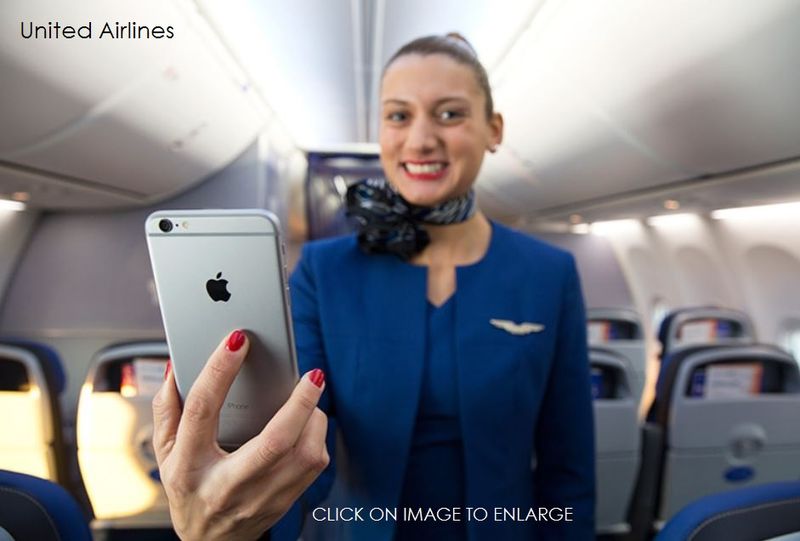 Future enhancements include replacing the flight attendants' printed safety manual with an electronic version on their iPhones and providing real-time reporting and improved follow-up on aircraft cabin issues and repairs. Additionally, United plans to develop a number of customer-focused tools for the device.

Sam Risoli, United's senior vice president of inflight services stated that "We are thrilled to make this investment in our flight attendants. iPhone 6 Plus will enable them to deliver an even higher level of flyer-friendly service and will offer our flight attendants simple, one-touch access to valuable work information, enabling them to better serve our customers."

The deployment of iPhone 6 Plus for United flight attendants follows the airline's deployment of iPads to pilots beginning in 2011, in a move toward creating paperless aircraft and flight decks. United has renewed the iPad pilot program with iPad Air 2.

Earlier today Apple and IBM Announced the first wave of MobileFirst iOS Solutions for the enterprise and one segment is specifically for Travel and Transportation. Whether United Airlines will be tapping into this app is unknown at present. 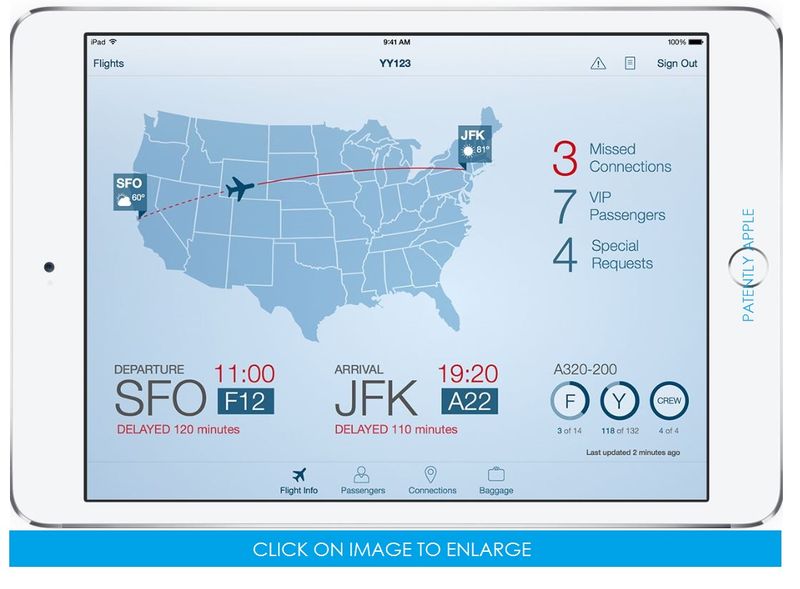