On July 15, 2014 Apple and IBM announced an exclusive partnership that teams the market-leading strengths of each company to transform enterprise mobility through a new class of business apps—bringing IBM's big data and analytics capabilities to iPhone and iPad. The goal of the project was to collaborate to build IBM MobileFirst for iOS Solutions—a new class of "made-for-business apps" targeting specific industry issues or opportunities in retail, healthcare, banking, travel and transportation, telecommunications and insurance, among others, that will become available starting this fall and into 2015. Today IBM launched their official IBM MobileFirst website. 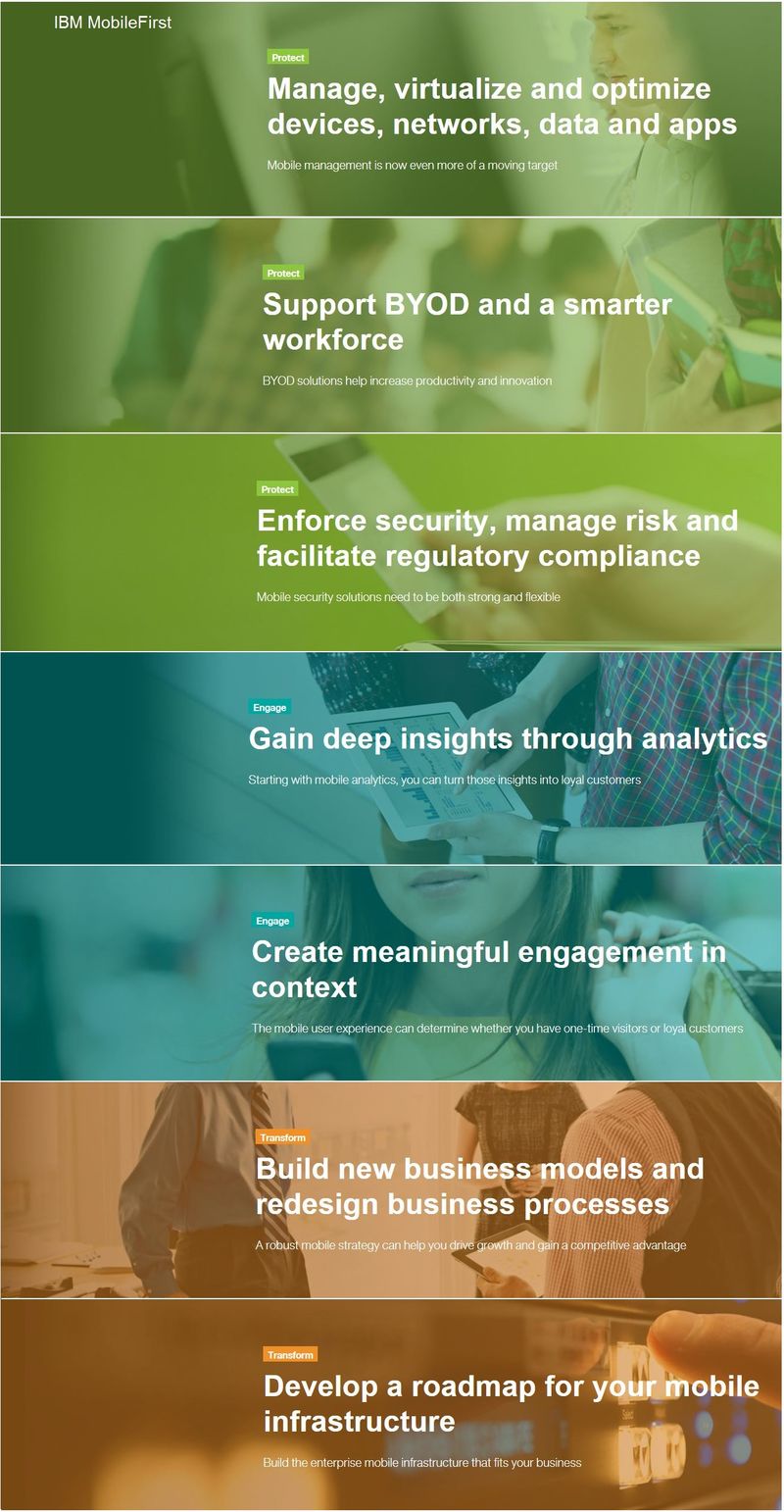 Reuters published an article last week titled "Apple's enterprise assault gets into higher gear Apple," that was an excellent read. They noted that "Apple is embarking on its most aggressive expansion yet onto corporate turf, hiring a dedicated sales force to talk with potential clients like Citigroup and working in concert with a dozen or so developers, two sources familiar with its plans say."

Later on, John Rymer, an analyst at Forrester stated that it did make sense for Apple to go deeper into the enterprise but that "the devil's in the details. The apps have to work and be economic. Can they produce solutions that are meaningful to enough people and reduce the cost over the customers doing it themselves? We'll see."

While we don't know the pricing of the targeted apps just yet, at least we're able to review the depth of the project by visiting the newly launched IBM MobileFirst Website. More importantly is that the Apple – IBM alliance is on target and on schedule as Apple stated back in July with the roll out of this new website. 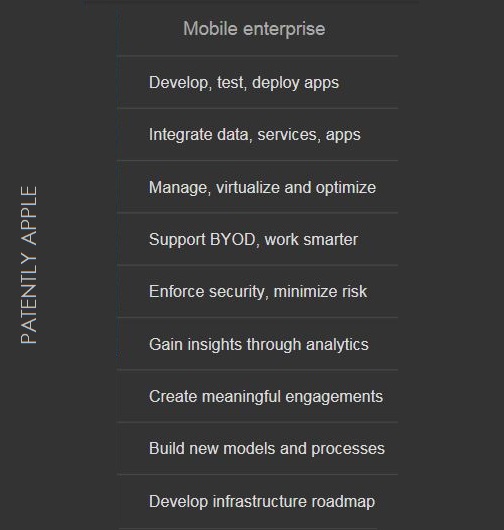 Earlier this month we posted a report titled "Apple's iOS Gains Enterprise Activations in Q3 due to iPhone 6." The report noted that custom app activations more than doubled quarter over quarter and grew by over 700 percent year over year becoming the most widely activated app category. This is only going to expand with the Apple-IBM alliance kicking into higher gear in 2015. For more on that report, click here.