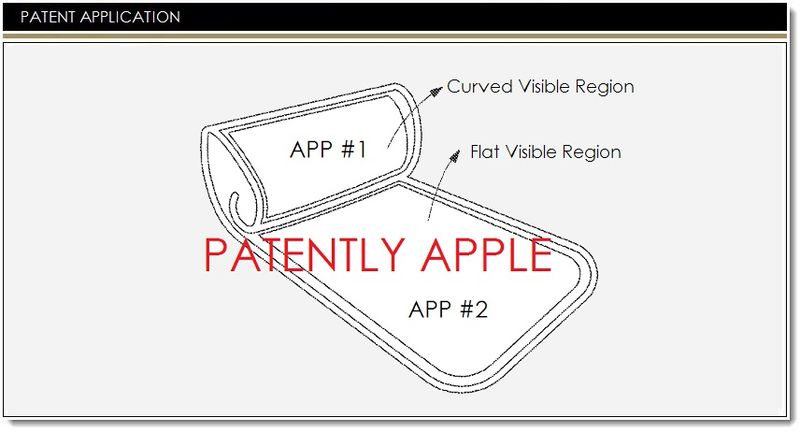 In September Samsung introduced their new Galaxy Note Edge that has a distinct curve on one side of its display which fulfilled a 2013 patent application that our Patently Mobile site covered. To date, Samsung has many patents on record regarding possible future smartphones with varying styled bendable and foldable displays. In one of Samsung's latest bendable device/display inventions, they go far beyond a mere bent edge to the entire device being able to be bent if not rolled to extremes. While it could be considered the ultimate bendable smartphone, the oddity of it makes you wonder why Samsung would even consider such a contorted design to begin with. Samsung has some fairly interesting dual display based smartphone concepts on record that make more sense. Now that Apple has taken away Samsung's one advantage in smartphones with their new iPhone 6 Plus, Samsung is trying to find that next hit feature in smartphones that could put them back into the spotlight. Unfortunately, this latest design isn't likely to be the one to get them there. For more on Samsung's latest bendy idea, see our full Patently Mobile report. 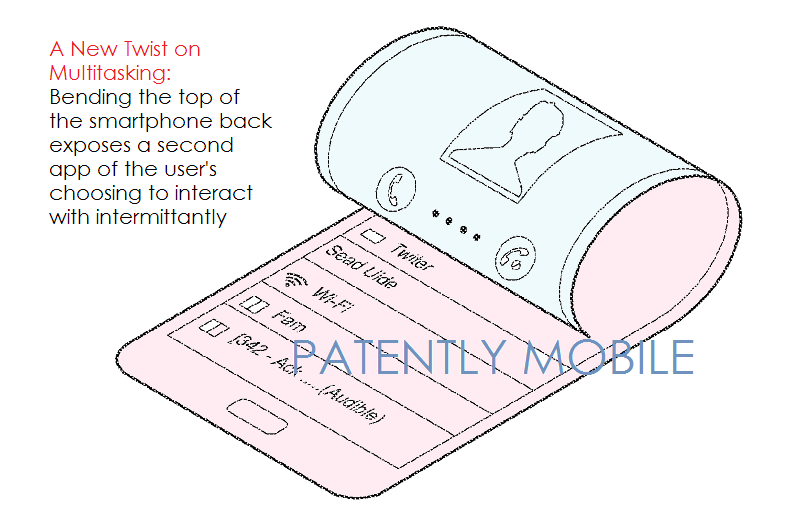