On October 28 we reported that Apple's CEO Tim Cook was in China and one of his primary goals was to talk to the Chinese government about Apple Pay even though they reportedly already had a deal in place with China's UnionPay. While in China, Cook also met privately with Alibaba's CEO Jack Ma and we wondered at that time if that could translate into a deal with Apple. A week later Alibaba's Jack Ma created a stir at a technology conference when he expressed interest in partnering with Apple on Apple Pay. That noted that this would be a huge boost for Apple Pay in China. Today we learn that there's a possible payment alliance being ironed out between Apple and Alibaba.

Today the Wall Street Journal is reporting that "A senior Alibaba Group Holding Ltd. executive said Tuesday that a payment alliance between Apple and the Chinese e-commerce giant's financial-services affiliate would focus on the Chinese market, and the two parties are currently discussing specifics of a possible partnership." 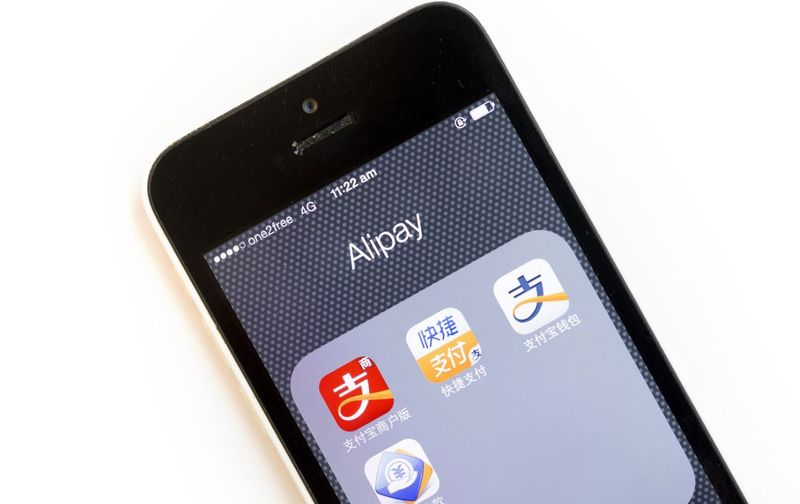 Alibaba Executive Vice Chairman Joseph Tsai said in an interview that "Right now, I think what we can say is that this is focused on the China market for Apple. We are positive about the potential cooperation, but it depends on the details being worked out."

Tsai added that "One possible scenario is for Alibaba's financial affiliate, which owns the Alipay electronic-payment business in China, to provide back-end services for Apple's Apple Pay payment system, allowing iPhone users to pay with Apple Pay using the money from their Alipay accounts." You could read more about this development in the Wall Street Journal report.

The Street's John Mason adds that "Tying Apple Pay with Alibaba would create a massive new electronic payments system that could transform the fledgling industry."

He later noted that "The banking industry has needed something like this to bring it into the 21st century. The various components of electronic banking have been drawing more and more "name" people into the industry, and this has resulted in more and more money being invested in these innovative platforms."