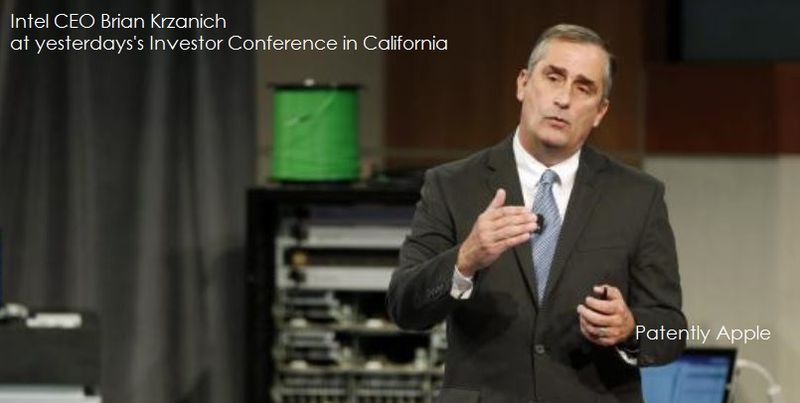 Don't Count Intel out Just Yet: During Intel's Investor conference held yesterday, they noted that they were on track to exceed its goal of seeing its chips used in 40 million tablets by the end of 2014. This goal first came to light during a financial conference held in April. That strategy has made Intel the second largest tablet chip supplier in the June quarter, according to market research firm Strategy Analytics. But scratching their way back to being a mobile chip player has come at steep price running in the billions of dollars in short term subsidies. But Intel stated it's a price that they were willing to pay to get back in the game.

Shortly after making their goal of 40 million tablets public, Intel announced that it had entered into a strategic agreement with Rockchip to expand the breadth of and accelerate the rate at which it brings its Intel architecture and communications-based solutions to market for a range of entry-level Android tablets worldwide.

The agreement included introducing a new dual-core 3G version for this current quarter, a new quad-core 3G version that is expected to ship in the first half of 2015 along with an LTE version. In China where many working families can only afford one mobile device, small tablets offering cellular technology for data and telephony are found to be popular.

A new DigiTimes report pubblished today revealed that there were 1.277 billion subscribers of mobile communication services in China as of the end of October 2014. So 40 million Intel based Android tablets is just a drop in the bucket, but enough to put Intel back into the game.

Intel's Chairman Andy Bryant stated yesterday that "I'm not going to tell you I'm proud of losing the kind of money we're losing but I'm also going to tell you I'm not embarrassed by it like I was a year ago about where we were," Bryant said. "This is the price you pay for sitting on the sidelines for a number of years and then fighting your way back into the market."

Intel is expected to start phasing out their subsidies sometime during 2015. This was somewhat supported by Intel's CEO giving a revenue outlook for 2015 that was above Wall Street's expectations, sending their shares higher.

It would seem obvious to most that Intel's subsidies came with strings attached so as to ensure that future tablets from OEM's using their subsidized processors today would continue to do so over a period of time.

In that time frame Intel will markedly advance their processors that will provide Android tablets with more of an edge to move from the bottom of the tablet market into the mid-range where the mass-market resides. This is where Intel eventually wants to be and they're willing to pay the price that's needed to get themselves there. This is where the war with ARM based tablets will take place and they're gearing up for that battle.

Intel is still years away from being able to challenge Apple's high-end iPad which serves the top of the market. Though I'm sure their eye is on that prize as pay back for Apple destroying their chip market dominance. And revenge is quite the motivator as Apple learned many years ago.