Today DigiTimes is reporting that chip suppliers involved in the Apple Watch supply chain are gearing up to start production for the upcoming wearable device. The initial production target is larger than what the entire smartwatch market was supposed to do in 2014 and never did.

The report noted that "Orders for chips for the Apple Watch, set to debut in early 2015, are estimated at 30-40 million units, the sources indicated. The Apple Watch uses Apple's custom-designed system-in-package (SiP) chip, which miniaturizes an entire computer architecture onto a single chip." 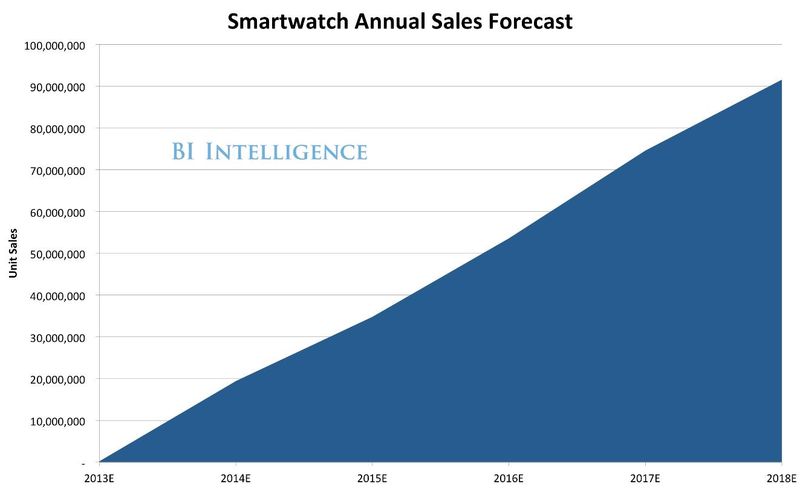 Yet in Q1 2014 what did we find? Venture Beat reported that Samsung only shipped 500,000 smartwatches doubling the current smartwatch market. Huh? And that puny number gave Samsung a 71% market share of smartwatches globally?

So when Apple is expected to ship 30 to 40 million units of their Apple Watch when it launches, Samsung's massive lead in this market sector will virtually disappear in the first ten minutes that they go on sale. So who's the real tech market leader?

Beyond crushing Samsung's Gear sales in no time flat, we all know that Apple will be the only one making a meaningful profit in the smartwatch market in 2015.

Likewise, we all know what Google's mindless Android OEM's will do to make it look like they're the leader. That's right; mass produce them at $30 so that "sales volume" will be the metric of the day. Do you think I'm joking? If you do, then check out Gartner's September 2014 report here and see it for yourself. And the funny thing is, Wall Street is bound to sell that garbage perspective to their clients.