Has Apple Changed their Patent Strategy? 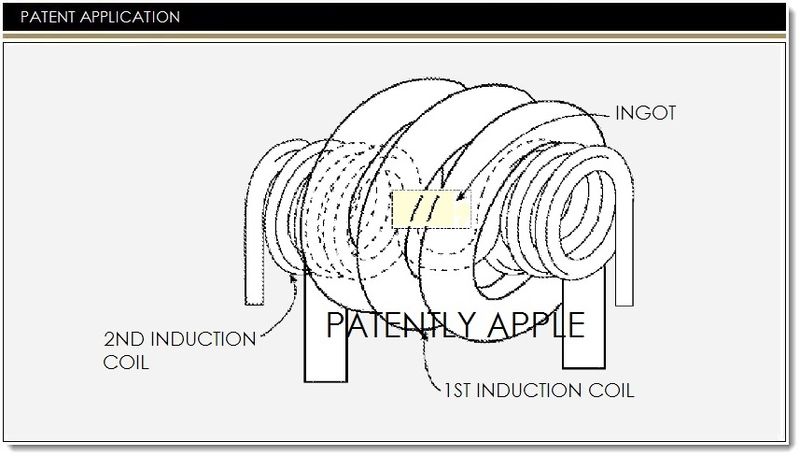 It's hard to say if Apple engineering teams are just in a bit of a lull or if Apple's battle with Samsung has gotten them paranoid, but Apple's great ideas in the form of patent filings are far and few between lately in comparison to years past. Today the US Patent Office published a great number of Apple patents that are basically technical inventions. One covers a new liquid metal invention, another about ceramics with sapphire or zirconia, and yet another about improving color on OLED displays that directly relates to Apple Watch as Apple lists a wrist-watch and other devices like a television that the invention is aimed for. So make no mistake about it, these are important and practical inventions. But the big game-changer ideas like an electronic wallet or smart bezels aren't surfacing as they once did. Time will tell if this is just a temporary phase, a change in market tactics or a lack of vision.

It's beginning to appear that Apple has gone underground with their crucial IP and are keeping their important and cool inventions private by having them rest under the names of their engineers instead of taking assignment of them until they've been granted. This way the public and competitors like Samsung are unable to see what great ideas Apple has been working on until they surface years later in the form of granted patents. There's nothing wrong in that and many would even say it's long overdue.

Apple's competitors and their fan base would love to think that without Steve Jobs that Apple is lost for ideas. But that's not something that could be judged at this point in time. For now Apple has introduced a new phablet, finally introduced Apple Pay, once known as the iWallet, and the new Apple Watch: Products and services that will and already are rocking the market.

In 2013 we learned that Apple was thinking of opening an R&D center in Beijing, China. On Monday we reported that Apple is likely to open an R&D center in Cambridge, England and we've known for some time now that Apple has several R&D centers in Israel with one dedicated to working on 3D technologies. Through such work at this center Apple decided to acquire PrimeSense whose technology is behind Microsoft's Kinect and is to be integrated into Google's Project Tango (if it ever gets off the ground that is.).

This proves that Apple is spreading their R&D all over the world so as to be closer to pockets of innovation and areas that have the top students in certain fields around the world be it Boston, Cambridge, Seattle, Israel, China and beyond.

Over time Android fans have emailed me to say that Apple isn't innovating anymore. Besides being blind and refusing to see that Apple's iPhone 6 Plus is beating up Samsung's Galaxy Note phablets this quarter, the fact is that Apple may be a little quieter than usual on the patent side of things, but that doesn't translate to Apple not innovating.

In context, Samsung rushed out their Gear line of watches and bands and yet they're not having any impact on the market worth speaking of and it's certainly not helping their bottom line.

Samsung has introduced their new Galaxy Note Edge, but there aren't many takers at the moment for this new bendy, curved display trend that they're bent on pursuing. Now they're putting their weight behind VR Googles working with Facebook and Oculus. Again, it's a high profile invention with a lot of marketing buzz, but until they can sell it in volume, these inventions are no more than show and tell gimmickry taken out at tradeshows for a special kind of magic show that they present at their tradeshow booth to dazzle reporters with. Six years ago Samsung showed off a dual display based smartphone/ebook that was supposedly just around the corner, as in 1 or 2 years at tops. In January 2015 it'll mark six years since their forecast and we're still waiting for its arrival.

In the end, Apple's inventions via patent applications have slowed down for the big ideas and concepts over time, no doubt about it. But no company on the planet can be an idea factory pounding them out like a chocolate bar factory. Yes, there were more ideas streaming out in the form of IP when Apple's late CEO was at the helm, but that's too myopic a view in the larger picture, at least for now. If it's a tactical move on Tim Cook's part to hide their IP so as to strangle the copycats in the market today, you can almost agree with that.

So for today, we simply wanted to acknowledge that there appears to be change in progress in respect to Apple's IP patterns. We're not quite sure what it's signifying at the moment because only time will prove that out.

However, for the time being, Apple is on a roll and has taken the market by storm with a service called Apple Pay. In less than a month Apple Pay has shaken the market like nothing I've seen in years. Competitors on every front are freaking out even though they had the lead for years and couldn't figure out how to get the market to accept it. In 30 days, Apple Pay is already up and running with big backers for this new service. The same is true for Apple's first phablet. Consumers around the world have gone crazy over the iPhone 6 Plus even though Samsung had it out for years. Apple's iPhone 6 mania is sweeping the globe.

Has the pace of Apple's IP really slowed down lately or has Apple simply taken another tactic? Apple's CEO Tim Cook has always been more of a tactician than an idea man like Steve Jobs. It's why Cook has hired a long string of new designers and executive staff in the areas of retail, design and fashion. It's why Apple has a special project in place with Trent Reznor. Apple has also accelerated their acquisitions in a number of key areas covering technologies such as 3D, indoor and outdoor mapping, wireless and even music. Apple's high profile acquisition of Beats Music will beef up their streaming music business over time while adding new headphones.

In order to retain their market leadership, Apple is balancing between generating new intellectual property, acquiring new start-ups and key companies that have their finger on the pulse of the market. Apple has the right executives in place that are able to bring everything together like a conductor of an orchestra. Apple, under the stewardship of Steve Jobs set up a system for Apple starting with establishing the best industrial design team in the world right on through to the introduction of the Apple Store where fans could gather and learn. It's a system that will endure and Apple's CEO Tim Cook is the right man at the right time even though many doubted that at first. With the right team in place and Apple rolling out HealthKit and HomeKit this past summer, we can see that innovation at Apple has no limits at the moment.

So does the slowdown in the publication of patent applications covering bigger ideas translate into something troubling at Apple? No – it's just a shifting trend that we don't fully understand at the moment.

The trend in grand ideas popping up in granted patents first is new. A case in point: On October 7, Apple surprised us with a new and radical idea about a digital newspaper or magazine that had never surfaced as a patent application under Apple's name, proving our theory that Apple has likely shifted patent tactics.

It's likely a strategic tactic that buys them a little more time before having to reveal an idea to the public and more importantly to copycatters who can't think for themselves. That doesn't mean that great new ideas will never surface in patent applications, it just means that the rate of these ideas will be split between patent applications and those being revealed in granted patents. It's just different and we'll all get used to this latest trend over time. If anything, innovation is roaring at Apple and their latest R&D spending revealed earlier this month tells us that Apple's product pipeline has never been better.