According to a new report this afternoon, Google has agreed to settle litigation with patent consortium Rockstar, though the terms of the deal weren't disclosed in a court filing made public this week. Rockstar, which counts Apple as an investor, outbid Google and paid $4.5 billion in 2011 for thousands of former Nortel Network Corp patents as the networking products supplier went bankrupt.

Google and Rockstar have agreed to settle "all matters in controversy between the parties," according to a filing in an Texas federal court on Monday. However, the document does not say whether Rockstar has also settled with handset makers including Samsung Electronics Co Ltd.

Reuters is reporting that "Google and Rockstar have reached a term sheet, which will be "reduced to a definitive agreement" over the next few weeks, the court filing said."

The last move in the case prior to this announcement was Google's motion to Compel discovery from EMC Corporation as noted below. It was filed November 4, 2014. 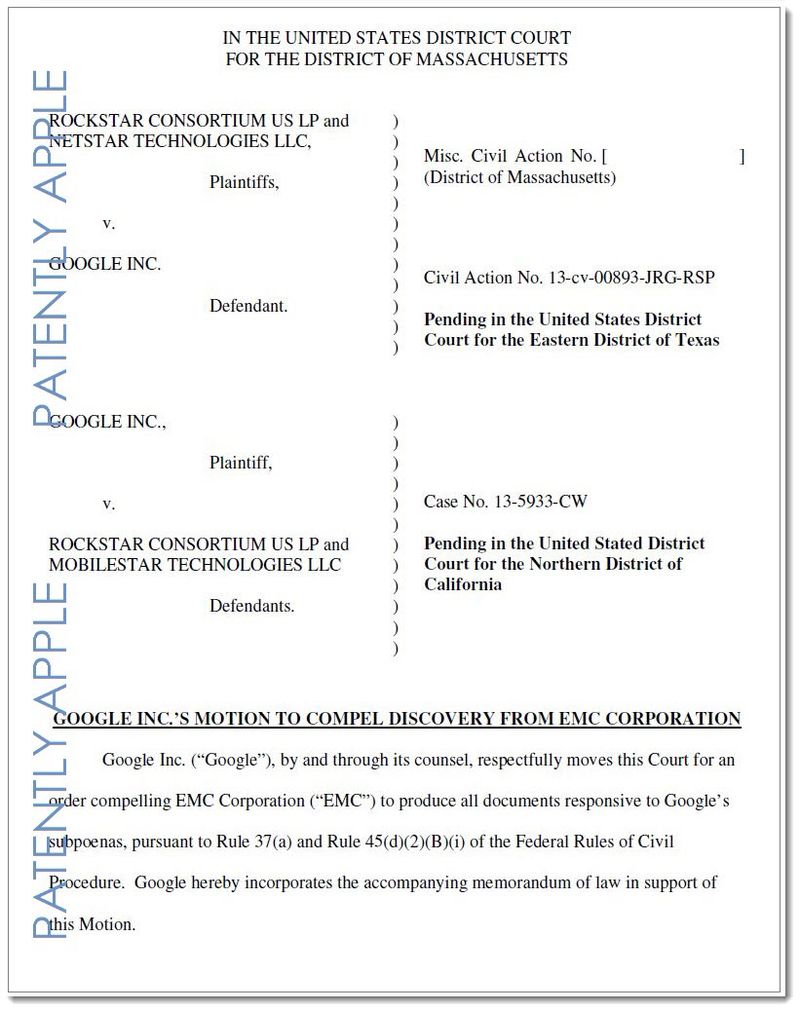 The Wall Street Journal adds that "the agreement with Google was struck on November 12, according to a court filing, which said that all matters of dispute between the parties have been settled. Financial details were not disclosed.

Cisco last week told investors that it had recorded a pretax charge of $188 million to settle its litigation with Rockstar.