Yesterday we reported that Apple iOS users won the Thanksgiving Day spending battle by spending about 25% more than Android owners on their Turkey Day purchases, with an average of $118.57 per order compared to $95.25, according to the most recent data from IBM Digital Analytics Benchmark. Today, new stats have emerged about online holiday shopping. New York City was the leading city for online shopping over the two-day period, followed by Washington, D.C., Atlanta, Los Angeles, and Chicago. New York City shoppers spend an average of $121.91 on Black Friday. Did Apple iOS users win the battle again? Yes, of course.

According to a new report, smartphones drove nearly 35% of all online traffic on Black Friday, more than double the traffic generated by tablets. Where tablets perform better is in sales — tablets accounted for 16 percent of online sales compared with about 12% for smartphones. Tablet shoppers also spent more per order — $126.50 versus $107.55 for smartphone shoppers. 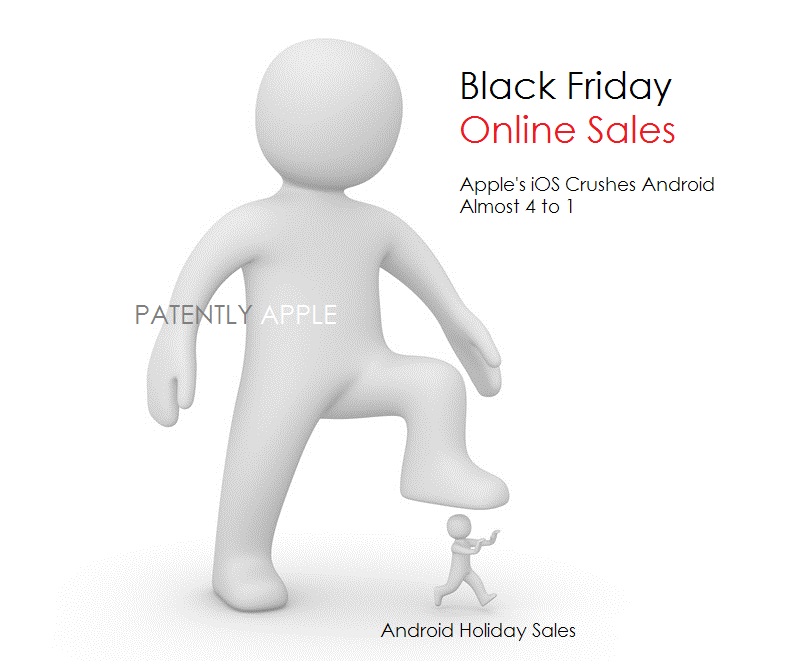 The report further noted that "Apple's iOS platform maintained its lead over Google's Android in its share of both traffic and sales on Black Friday. Users with iPhones and iPads accounted for about 34% of all online traffic compared with 15% for Android. The Apple platform also generated 22% of online sales compared with just under 6% for Android.

For those wanting to know how brick and mortar stores are doing, you could read about how Wal-Mart and Target have taken the fight to Amazon for holiday sales in a new Wall Street Journal report here.

In the end, this is why developers flock to iOS and Apple's World Wide Developer Conference is sold out in hours. Apple's iOS users are more affluent and are more tech savvy. The stats prove this out time and again as they have today.

While Wall Street pounds the table and research analysts roll on the floor with delight to report that Android is crushing iOS on every front in market share, it is iOS that crushes Android when it comes to commerce, where the money is, where the profits are, where it really matters at the end of the day.