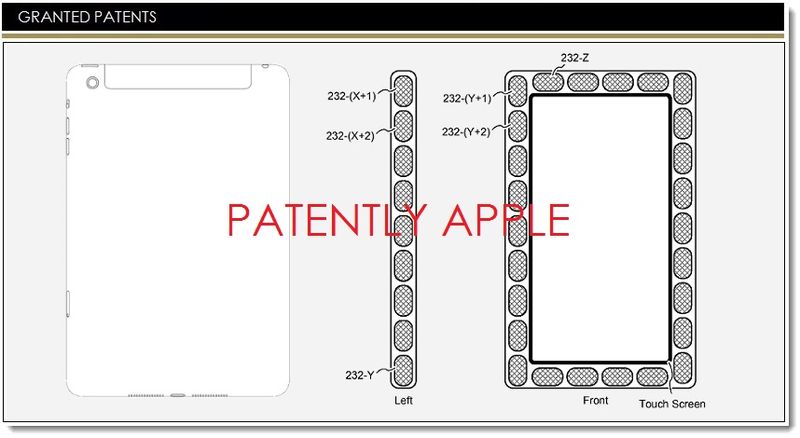 The US Patent and Trademark Office officially published a series of 44 newly granted patents for Apple Inc. today. In this particular report we focus on an advanced sensing system designed for Apple's iDevices while touching on three additional patents relating to mapping, image compression and a possible future iPad frame construction that uses composite materials that could further lighten the design. On another front, Apple's original iPad mini was finally granted a design patent today. And last but not least, we wrap up this week's granted patent report with our traditional listing of the remaining granted patents that were issued to Apple today.

In Apple's patent FIG. 2E illustrated below we're able to see a portable device 200 that includes a plurality of subsystems noted as series "232" of sensors. 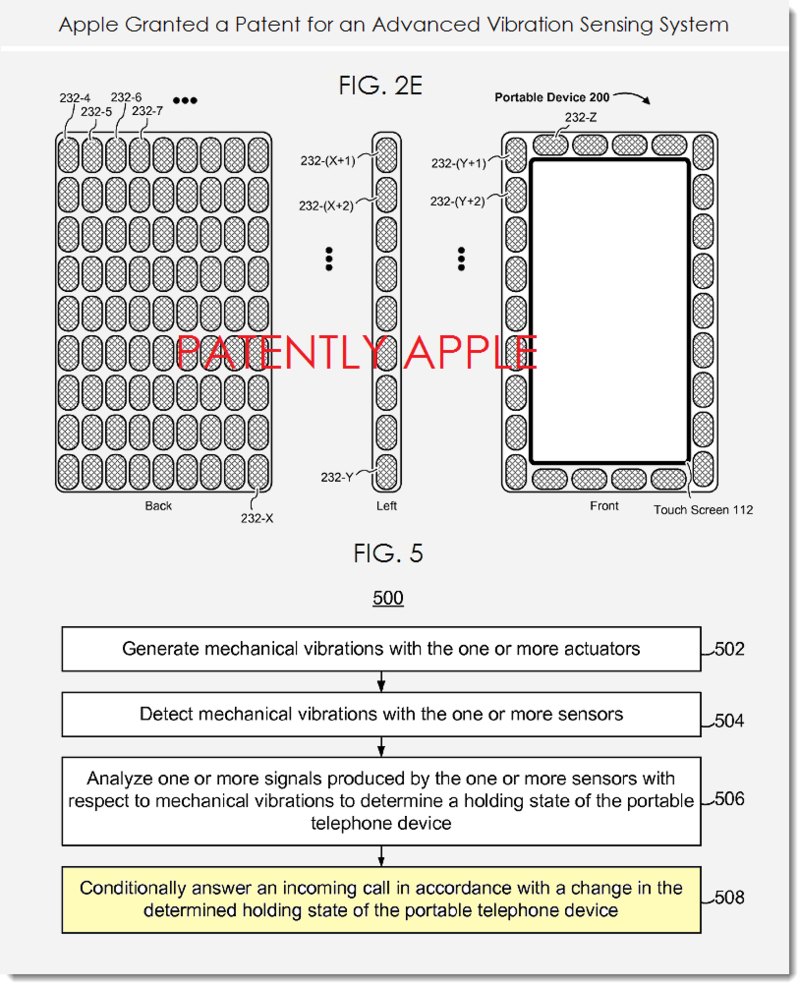 This is a very complex invention that covers a broad range of possible features. For instance, there's an entire section on the device uniquely working in conjunction with RF circuitry that could work with a workout program as is found in Apple Watch that could figure out time, distance, and/or calorie burning goals in real time.

Also see our 2012 patent application report that covered different aspects of this invention in respect to a smart bezel and touch zones.

In addition to Apple's patent regarding a sensing system, there were three other patents of mild interest that you may want to further explore on your own. The first covers street view and other Map centric features The second covers Methods for forming composite housing frames to make iDevices even lighter and the third one covers Psychovisual image compression. 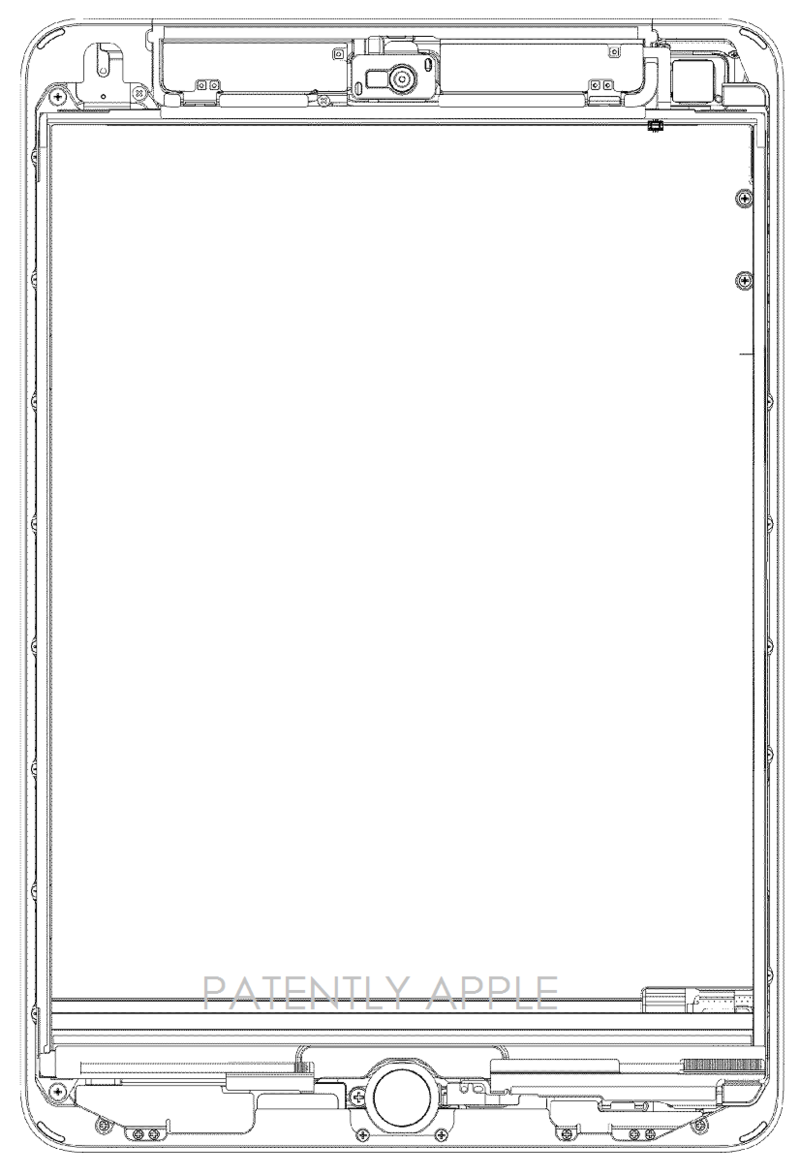 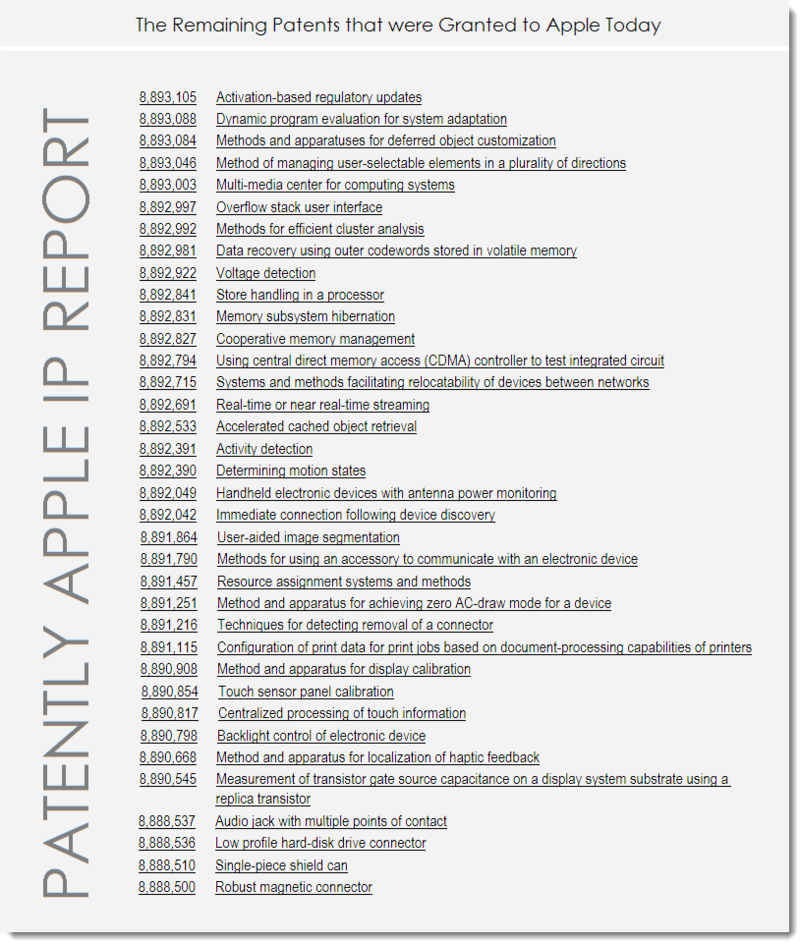