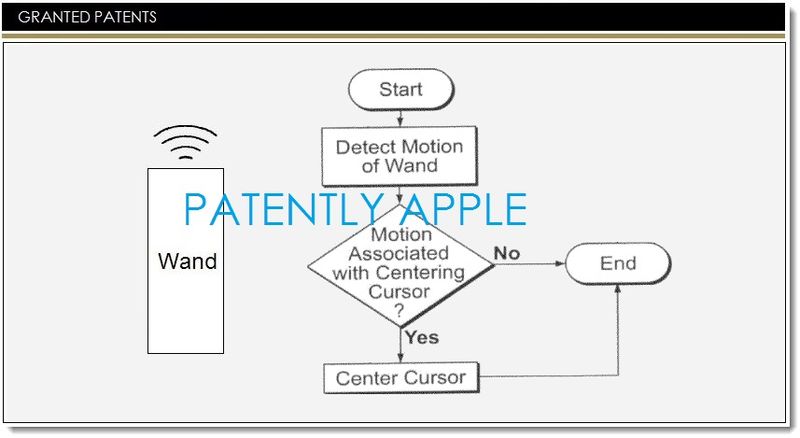 This year Apple's CEO Tim Cook has cranked up the volume on Apple TV with interviews with NBC's Brian Williams and more recently with Charlie Rose. Apple's latest patent application about Apple TV was published only weeks ago about a modern Apple TV remote user interface. Apple has filed many patent applications over the years about advancing their Apple TV remote. Today, Apple has won their second patent on the topic of a TV Remote referred to as a wand.

Apple has been granted a patent today for their invention relating to controlling a media system using a remote controller. Patently Apple covered Apple's first granted patent on this invention back in June 2012. The graphics relating to Apple's granted patent are identical to those in the 2012 patent. 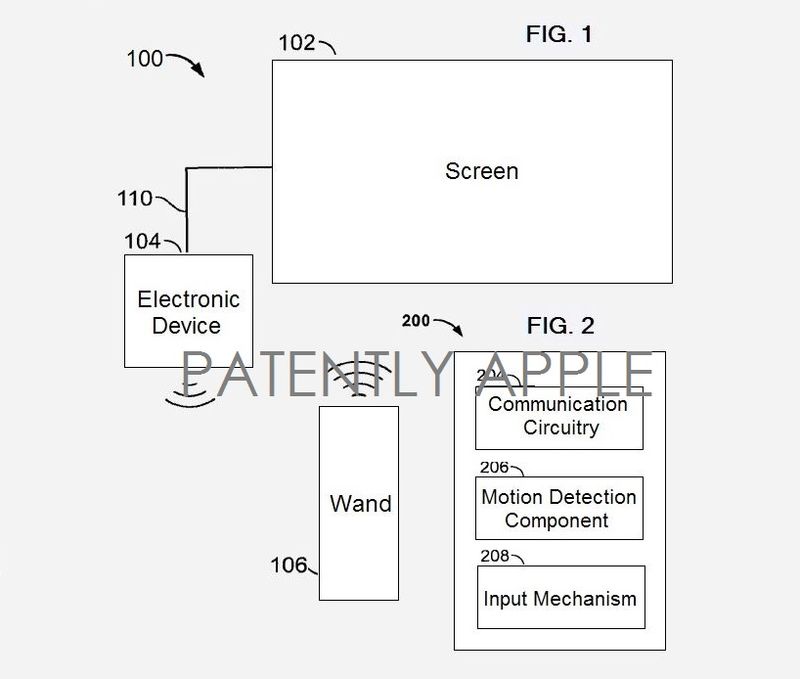 In 2012 the angle of the patent was about a "3D remote in a media system" and was dated back to 2007 as this current patent is. Today's granted patent specifically relates to "Scrolling displayed objects using a 3D remote controller in a media system."

A few other patents relating to a future Apple TV 3D remote or 3D wand could be found here and here. In contrast to today's Apple TV remote, a next generation model with 3D capabilities would be most welcome as it would expedite choosing a movie, tune or photo on-screen and more.

Then again, Apple's 2014 patent application that we linked to in our opening summary would be best because it would simply use our iPhone or iPad where a simple touch on the display would bring an item up immediately. Though technically speaking, I'm sure Apple will be able to use the patent claims should they ever require it in a future lawsuit brought against them by some patent troll.