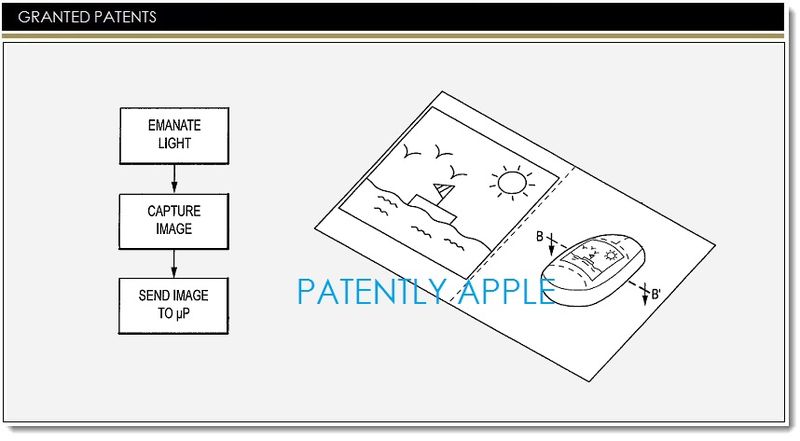 The US Patent and Trademark Office officially published a series of 44 newly granted patents for Apple Inc. today. In this particular report we cover a unique invention that could one day add a scanner to Apple's Magic Mouse. The first invention covering this feature was covered in our original report titled "Apple Considers Integrating a Display into their Magic Mouse," back in early 2011. The invention covered the possibilities of what adding a display to the Magic Mouse's top surface could provide users. The display could display virtual buttons, text, video and double as a numeric pad when needed. Today's granted patent covers more technical information and is focused on adding a chromatic sensor that could be used in a scanner application.

Apple has been granted a patent today for their invention relating to methods and apparatuses that incorporate chromatic sensors in a mouse like Magic Mouse. The operation of the mouse, such as tracking resolution, may be customized based upon the properties of the surface upon which the mouse is operating. Other embodiments may include utilizing the mouse with the chromatic sensor as a scanner to display images on a housing of the mouse. 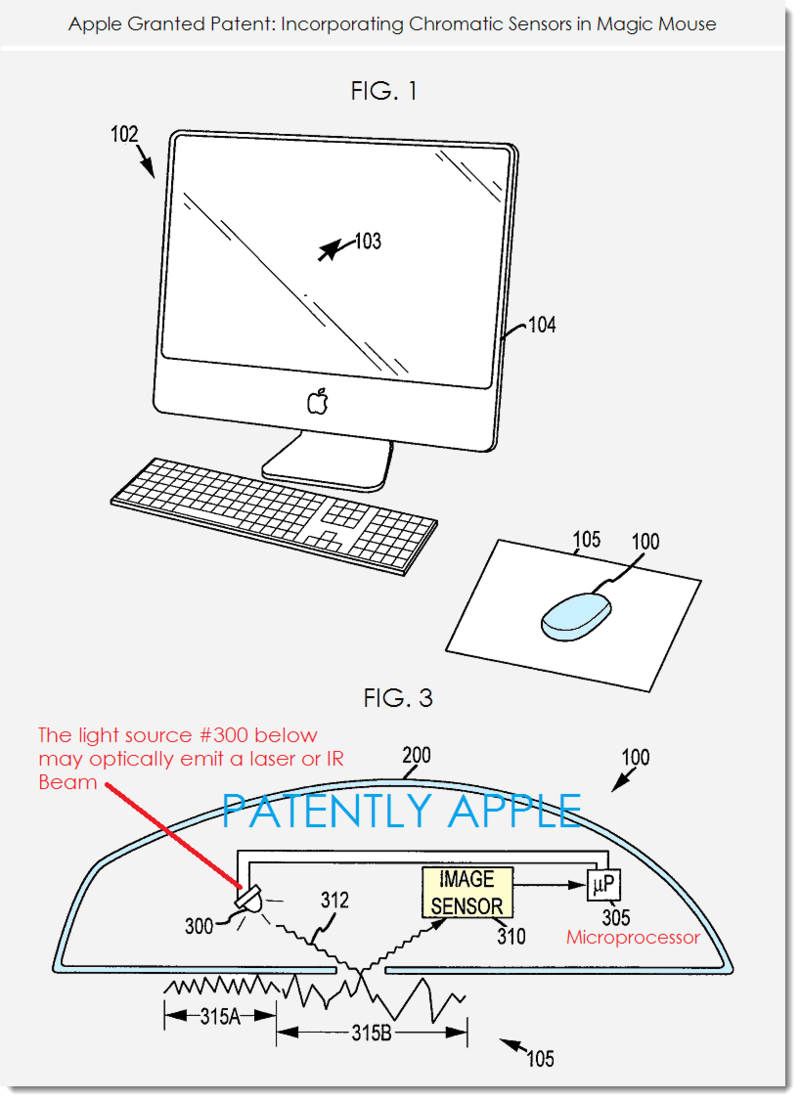 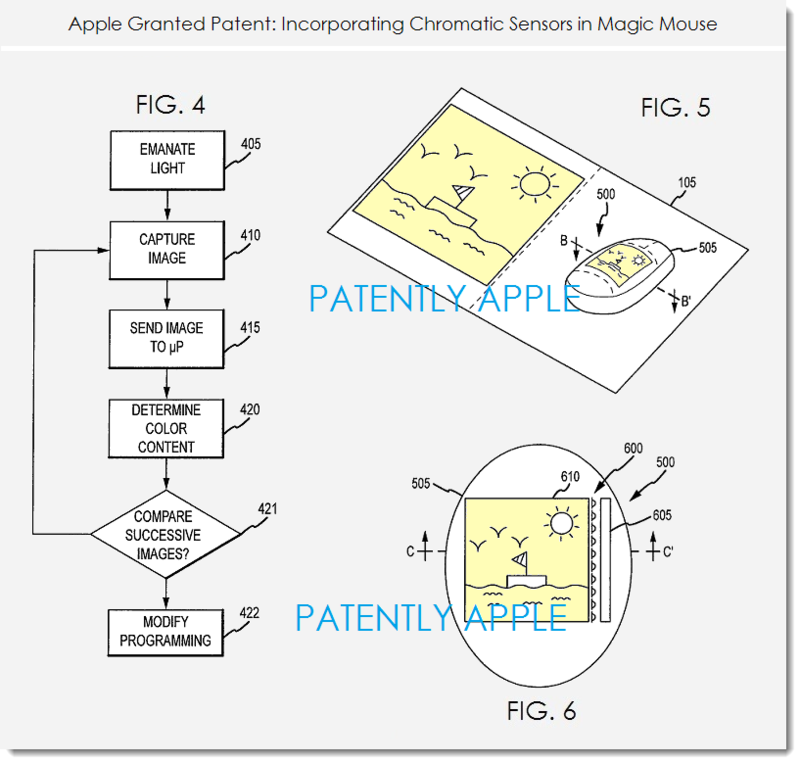 In February 2013 Apple hired a high powered leader in AMOLEDs which likely led to Apple adopting this type of display for their new Apple Watch. For a display to conform to Apple's Magic Mouse it will have to use a curved display and that would rely on an OLED display which is mentioned in today's granted patent.

Apple credits Brett Bilbrey and Michael Culbert as the inventors of granted patent 8,890,815 which was originally filed in Q3 2009 and published today by the US Patent and Trademark Office.