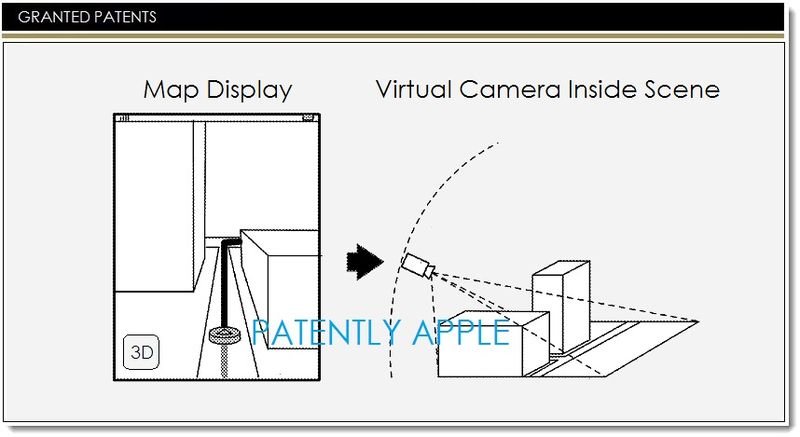 The US Patent and Trademark Office officially published a series of 38 newly granted patents for Apple Inc. today. In this particular report we cover three key patents. The first covers Apple's iCloud service known as "Find my iPhone, iPad, and Mac" which remotely initiates a lost mode on an iPhone or other Apple device. The second covers techniques and systems for embedding autographs in electronic books. The third covers Apple's 3D Maps navigation system. We wrap up this week's granted patent report with our traditional listing of the remaining granted patents that were issued to Apple today.

Apple Granted a Patent for "Find my iPhone" Feature

Apple has been granted a patent today for their invention relating to "Find my iPhone, iPad, and Mac." Apple noted back in in 2012 that devices like an iPhone are trusted to carry their owner's personal and sensitive information. Consequently, the great power, portability and convenience of these devices must be balanced against the potential for substantial financial damage to the owner in the event that a device becomes lost or stolen.

Apple credits Usama Jajj and Megan Frost as the inventors of granted patent 8,881,310 which was originally filed in Q3 2012 and published today by the US Patent and Trademark Office.

Apple Granted Patent for Embedding an Autograph in an Electronic Book

Apple has been granted a patent today for their invention relating to autographing and more specifically to techniques and systems for embedding autographs in electronic books. 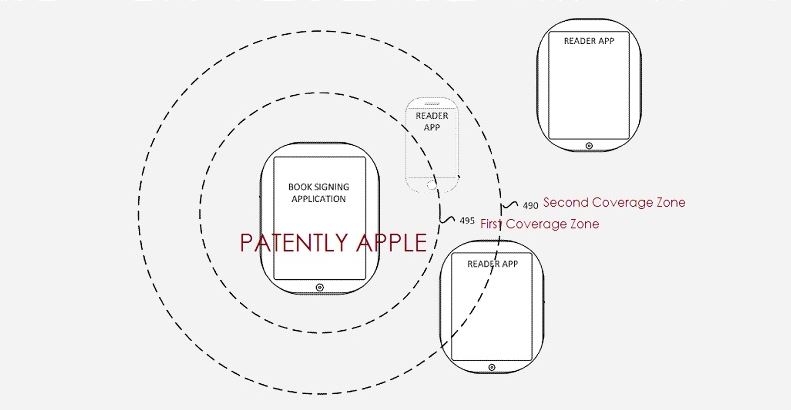 Back in March of this year a chef contacted me with this email: "Hi, how real is the Apple's book signing system. I am a chef and I just published my book on iTunes. I asked Apple about electronic book signing. They said right now they don't have anything like this available." Today, authors are one step closer to this convenient feature being available to them with Apple being granted this patent.

Patently Apple covered this patent application in detail back in September 2013 and those interested in this invention could check it out here.

Apple credits Casey Dougherty and Melissa Breglio as the inventors of granted patent 8,880,602 which was originally filed in Q1 2012 and published today by the US Patent and Trademark Office. 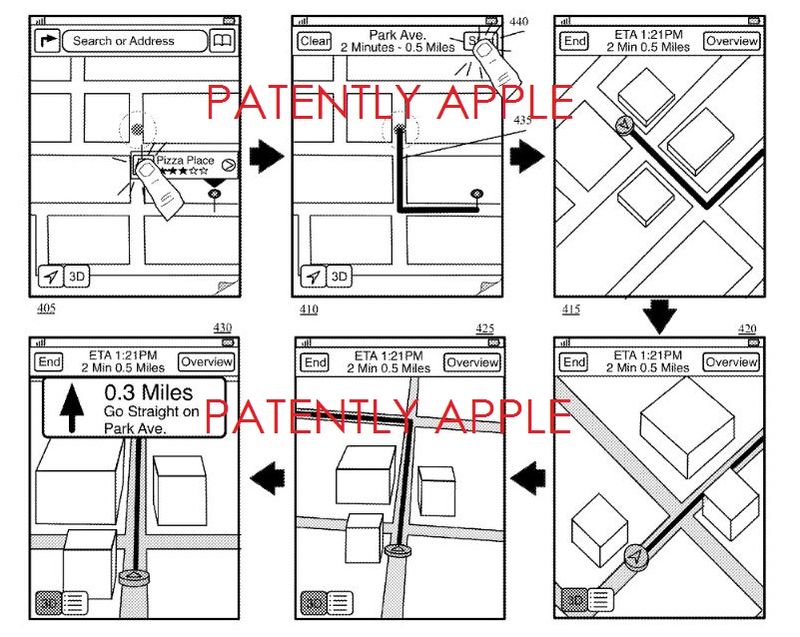 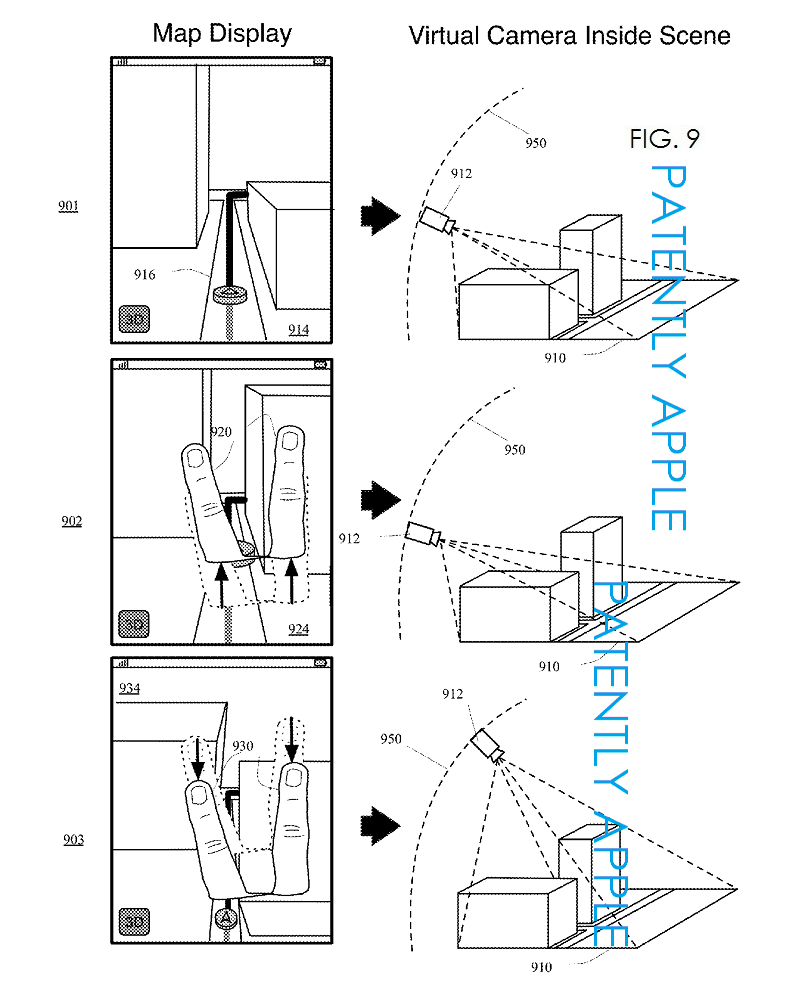 More information on 3D Map Navigation could be found in our original patent application report posted back in December 2013.

Apple credits Marcel van Os, Christopher Blumenberg, Bradford Moore and Emanuele Vulcano as the inventors of granted patent 8,880,336 which was originally filed in Q3 2012 and published today by the US Patent and Trademark Office.

Apple was granted two design patents today. The first is for an iPhone cover (D716,781) and the second relates to the Apple TV user interface (D716,825). 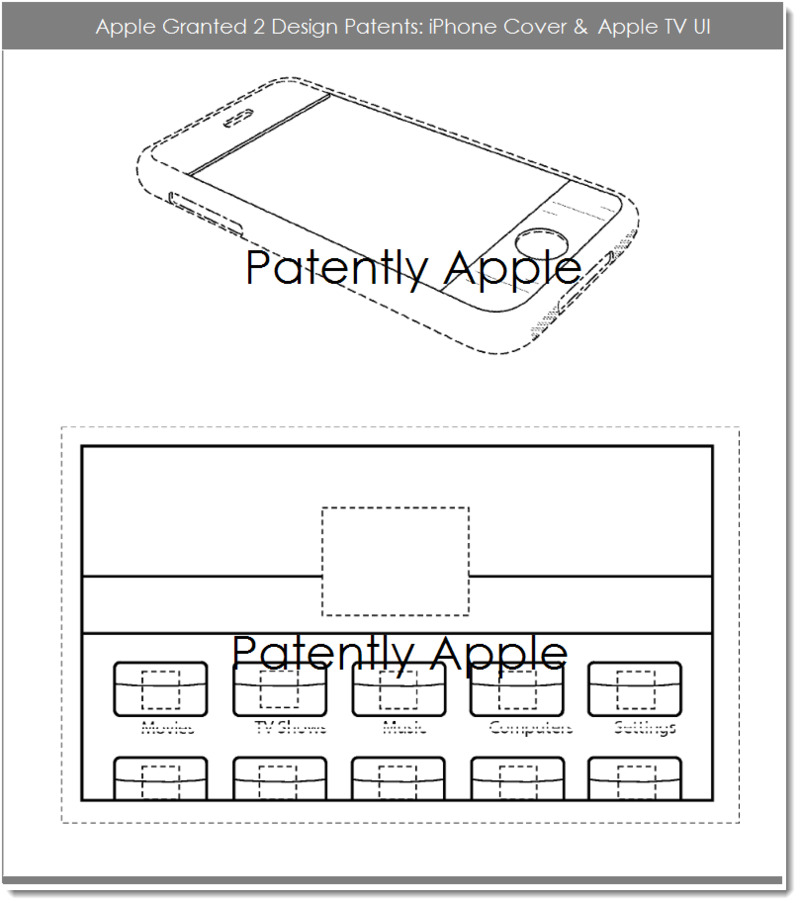