Siri, get your Master to set you Free: Amazon just launched a sexy new home device called Echo which is designed around your voice. It's always on. Simply ask for information, music, news, weather, and more. Echo begins working as soon as it hears you say the wake word, "Alexa." It's also an expertly-tuned speaker that can fill any room with immersive sound. Echo is Bluetooth-enabled so you're able to stream your favorite music services like iTunes, Spotify and Pandora from your phone or tablet. Apple needs to set Siri free and Amazon's idea is very, very cool. If Apple was to reinvent Apple TV, this is what I'd it to do. It would really be an exciting device. Are you listening Apple?

Amazon tells us that Echo's brain is in the cloud, running on Amazon Web Services so it continually learns and adds more functionality over time. The more you use Echo, the more it adapts to your speech patterns, vocabulary, and personal preferences. 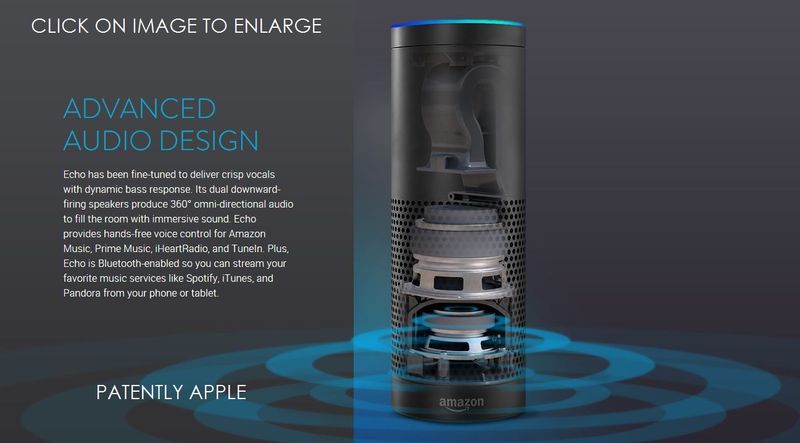 Tucked under Echo's light ring is an array of seven microphones. These sensors use beam-forming technology to hear you from any direction. With enhanced noise cancellation, Echo can hear you ask a question even while it's playing music. 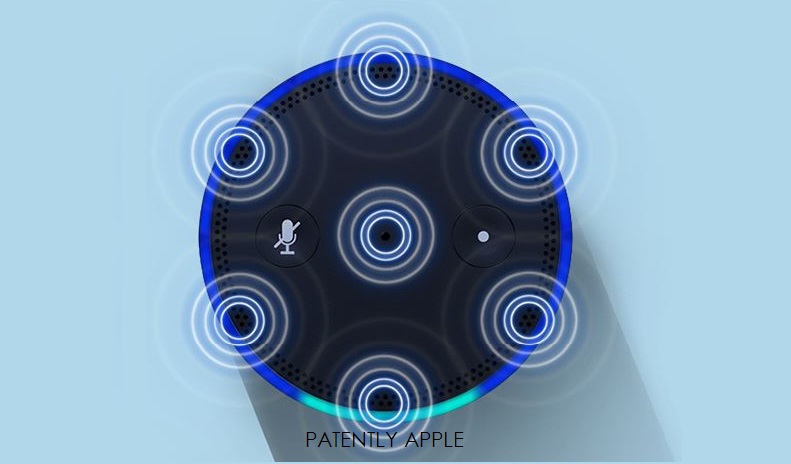 Echo's brain is in the cloud, running on Amazon Web Services so it continually learns and adds more functionality over time. The more you use Echo, the more it adapts to your speech patterns, vocabulary, and personal preferences.

I'd love to see something like this for Apple TV so I can direct Siri to open movie trailers, change channels, go directly to specific settings, play iTunes and eventually bring up Maps, Safari, and anything you can imagine. One Siri related patent partly takes us there by working with iTunes and Apple's Master Siri patent tells that something like this is very possible. Throw in Scarlett Johansson's voice and we'd have a dream machine.

Yet for now, there's Amazon's Echo, and that's a start until Alexa's bigger sister Siri comes along and steals the show.