Late last month we posted a report titled "Apple Revelations Point to Highest R&D Spending Since 2007." When reading about something like that, you naturally tend to think in the now and immediate in terms of the spending being for the iPhone 6, Apple Watch and Apple Pay. Yet Apple's increase in R&D could be for other projects as well and one of them just might be for a new 3D capability coming to a future iDevice. This was revealed in an interesting yet murky supply chain rumor that had a credible fact supporting it.

The supply chain rumor as noted in full translation below tells us that TPK, which is a current Apple Supplier, is raising capital, not for touch technology but rather to purchase materials for an Apple project. Supply chain sources that brought this news to light also noted that Apple is working on a "naked eye (no glasses) 3D screen." 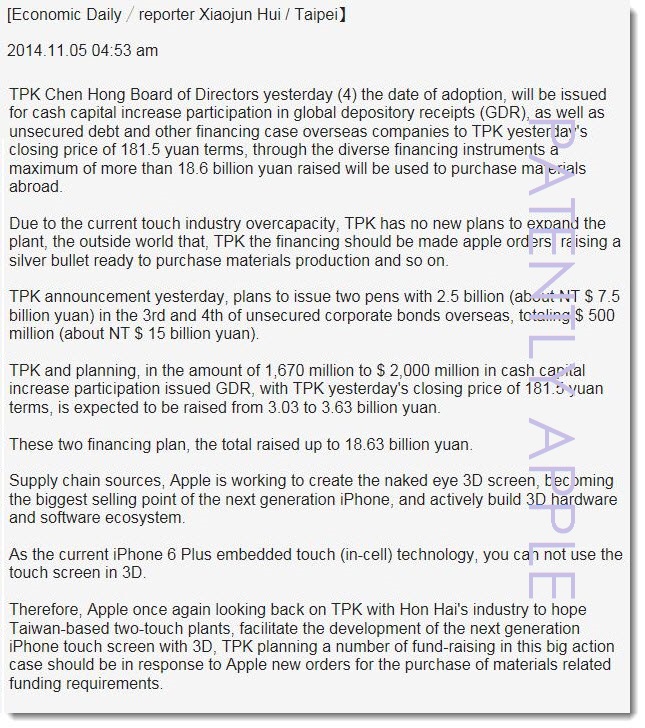 Apple's acquisition of PrimeSense may suggest that the project could relate to a 3D interface for photographs and videos as we noted earlier today in a new report; a project that could be designed to possibly remove any advantage Android smartphones may have in the 2015-2016 timeline with their Project Tango 3D camera.

A highly informative Apple patent application that surfaced this past summer would support this position and below is one of the key patent figures from that application published by the US Patent Office. 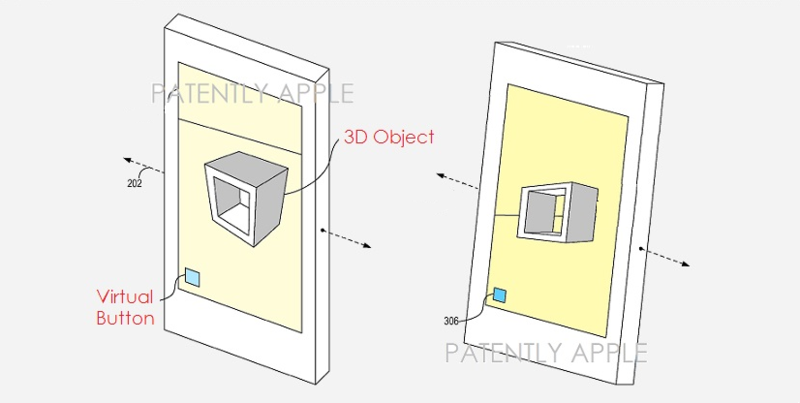 While Apple's iOS 7 turned away from 3D imagery to a much flatter design, Apple did in fact introduce a 3D-like effect using their patent-pending parallax technology. So it's a little difficult to figure out which direction Apple's 3D project could take.

While the 3D camera interface makes the most practical sense of them all in the short run, there are several other possibilities or combinations of them that Apple could be considering.

You could check out some of Apple's ideas on 3D applications in our related archives here. They run the full gamut from a full blown 3D UI through to the use of advanced 3D gesturing capabilities.