The Apple A8 is a 64-bit system on a chip (SoC) designed by Apple that first appeared in the iPhone 6 which launched in September. Apple stated that it has 25% more CPU performance and 50% more graphics performance while drawing only 50% of the power compared to its predecessor, the Apple A7. The A8 is manufactured on a 20 nm process by TSMC. Early benchmarking using the Geekbench application suggests that the processor is dual core, and has a frequency of 1.38 GHz. Today, TSMC and ARM jointly announced that their new 16nm processor has been completed and that the lower powered version of the processor will go into production sometime later this quarter. The full powered version of the processor will go into production sometime in 2015 and is likely to be used by Apple in next generation iDevices. Report updated at 6:15 am.

According to a new report today out of Taiwan, Taiwan Semiconductor Manufacturing Company (TSMC) and ARM have jointly announced the results from a key FinFET silicon validation of the ARM big.LITTLE implementation, using ARM Cortex-A57 and Cortex-A53 processors on TSMC's advanced 16nm FinFET (16FF) process technology. According to Wikipedia, Apple's A8 uses the (20nm) ARM Cortex-A57 (as its foundation). 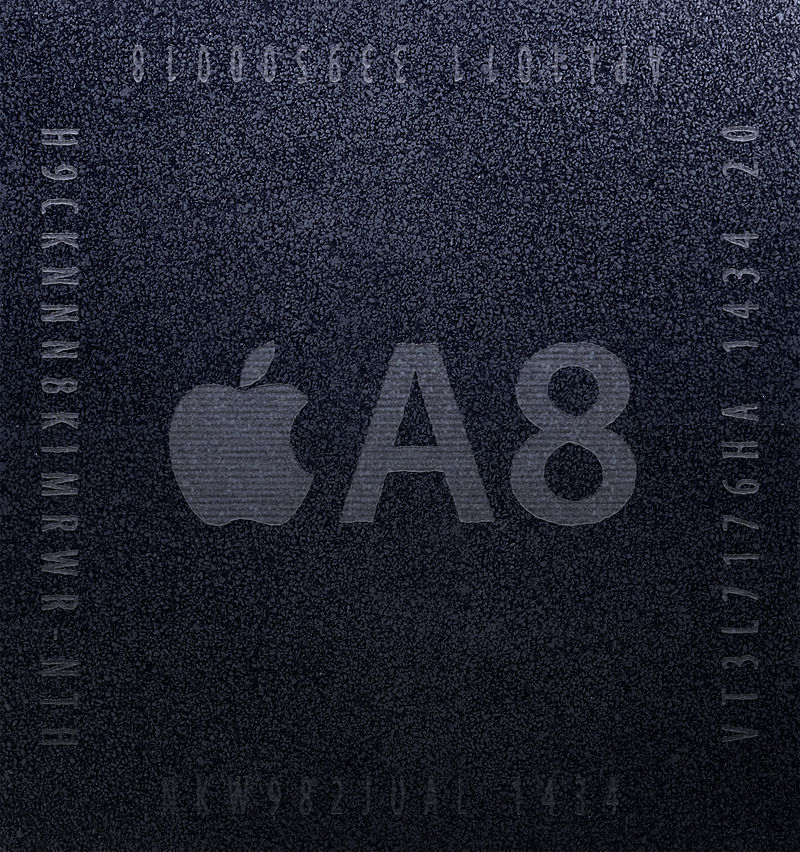 Silicon results on 16FF show the "big" Cortex-A57 processor achieving 2.3GHz for sustained mobile peak performance, as well as the "LITTLE" Cortex-A53 processor consuming only 75mW for most common workloads. The performance improvements are a result of the collaboration between ARM and TSMC to jointly optimize the 64-bit ARMv8-A processor series on FinFET process technologies and build on the successful tape-out of the Cortex-A57 processor on TSMC's 16FF process in 2013.

Ongoing collaborative efforts are focused on TSMC's 16FF+ process technology which will deliver an additional 11% gain in performance for the Cortex-A57 at the same power as the 16FF process, along with a further 35% power reduction for the Cortex-A53 when running low-intensity applications, the companies said, adding 16FF+ is scheduled to be delivered by the fourth quarter of 2014.

A secondary source reports that TSMC completed the development of "16 nano FinFET plus (16FF+)," an upgraded version of its 16 nano FinFET process technology, and began preparation for mass-production together with its suppliers. FinFET is a technology to design and produce system semiconductors in a 3D structure.

It's unknown at this time what processor Apple will be using for their upcoming Apple Watch.

The current ARM processor is 20nm at 1.38 GHz which reflects what Apple has in their A8 processor. The new ARM processor, based on the joint announcement, shows us that the ARM processor is moving to 16nm using FinFET Plus technology with various benefits as outlined. This will be reflected in the next generation A-Series processor from Apple as a foundation. Of course Apple goes to great lenghts to customize their processors as noted in this report from ExtremeTech. So it's not that Apple will be adopting the exact ARM processor as it is in the direction that the processor is taking that will benefit Apple's next processor.

Even ExtremeTech is looking forward to what FinFET technology will bring to the table for Apple's next generation A-Series processor. They noted that "There will be additional gains when TSMC transitions to FinFET at 16nm — but that’s not for another year or so." True, but today we've learned some of the basic gains that we might be able to expect.