Microsoft's Surface Pro is Still a Loser in the Bigger Picture

In July 2013 we reported that Microsoft's Surface tablet was a 900 million dollar flop. With Surface tablet web traffic on a steady decline for the first half of the year, Microsoft launched their spanking new Surface Pro 3 tablet. This time they switched marketing tactics to position their new tablet as a hybrid notebook that was better than Apple's MacBook Air. Panos Panay, Microsoft's Corporate VP for Surface, constantly hammered home that their Surface Pro 3 was better and lighter than the MacBook Air to the point of being obnoxious. In August, Microsoft continued their Surface Pro 3 campaign against the MacBook Air instead of the iPad in a video comparison ad. So, how well has all that marketing and reinventing done for Microsoft? Well, not very. 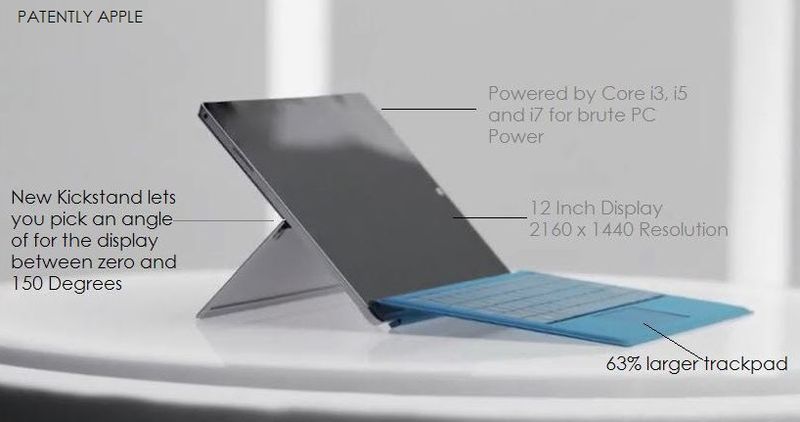 Yesterday, Microsoft investors were happy about the lack of massive red ink in its Surface business, reports the Wall Street Journal (WSJ).

The report noted that "Microsoft reported that quarterly sales of the two-year-old tablet-style computer more than doubled from a year ago to $908 million." Yet the WSJ later revealed that the costs associated with making the Surface Pro 3 tablets this quarter was a whopping $839 million.

The WSJ further noted that "Microsoft doesn't disclose profits for Surface." So after taxes, they just might have enough money to pay for their Surface team and research. That still leaves them with last year's massive write-down to deal with. So really, in the bigger picture, there's still a huge loss on the table associated with their tablet. It's a delusional profit, not a real one.

The Wall Street Journal report also noted that the Surface business during the 12 months ending on June 30 Microsoft sold $2.13 billion worth of Surface devices, but its cost to produce them was $2.87 billion. So at what point will Microsoft simply give up this poorly crafted hardware strategy of theirs? After two years, it's still a money losing division in the big picture, a drag on resources and talent.

Rumors of Apple working on an iPad Pro model go all the way back to May 2013. Now the rumors seem to be turning into reality as it's now being reported that TSMC is to produce Apple's 8AX processor for the iPad Pro or Plus (however they brand it).

If Apple introduces this next generation iPad in the first half of 2015, they're likely to add a few twists to this new entry that may include an advanced Smart Cover or hard shell keyboard accessory that would give Pro users a way to be more productive in the workplace or at school. There could even be a smart pen in the wings. So whatever tiny delusional momentum that Microsoft thinks that they have against the iPad in the pro area, will abruptly come to an end with Apple's entry into this segment of the market next year.

It's been said that Apple wasn't first with a smartphone, an MP3 player, a tablet or even a phablet. Yet when they enter a particular race they're usually able to crush their competitors or end up being a heavy weight contender in short order. Samsung hit it lucky with the introduction of the Phablet, but Apple's iPhone 6 Plus is now the Phablet most people want around the globe. Apple can't even keep up with the demand for their first phablet. The same will be true for the iPad Pro against Samsung and Microsoft.

In the end, I say to Microsoft's CEO Satya Nadella, get out while you can and save yourself the embarrassment of having Apple kick your ass on the Pro tablet front as they did with standard tablets that you could never figure out how to make or market for a decade. Just sell off your tablet division so it looks like you're a smart cookie. Avoid looking like an idiot like your predecessor who underestimated Apple. Learn from history before it's too late.