Microsoft Invents a Wearable Camera to take on GoPro

In one of Microsoft's latest patent applications they note that their clip-on wearable camera invention will allow users to capture photos and/or video "hands-free," especially while they're moving. Microsoft's newly proposed camera, that is much smaller than a GoPro camera, could be very popular with active people, those at school, those at a convention or those on vacation where they simply want to be able to naturally capture their adventures and/or events hassle-free. It's like having the convenience of Google Glass without the hassle and standing out as a super geek. 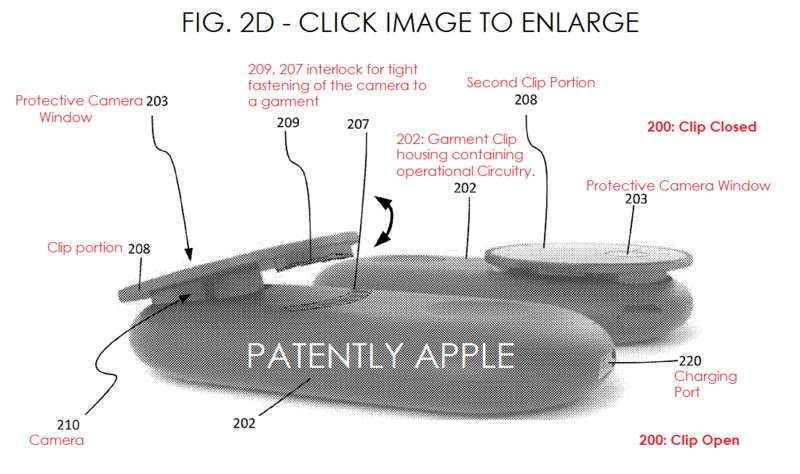 Microsoft oddly doesn't mention which operating systems that their new wearable camera might work with. Here's to hoping that their new invention will come to market being iOS compatible.

I was eyeing Google Glass for filming hikes, but I lost interest for many reasons. This design could be a great alternative for me and countless other iPhone users. Although I'd prefer an Apple made accessory like this, I'll certainly try out the Microsoft wearable cam if it comes out for next summer. By looking at their slick CAD drawing of the device, they may already be in or beyond the prototype stage; the stage of design that Apple's Jony Ive absolutely loves.

For more on this, see our Patently Mobile report published earlier today.