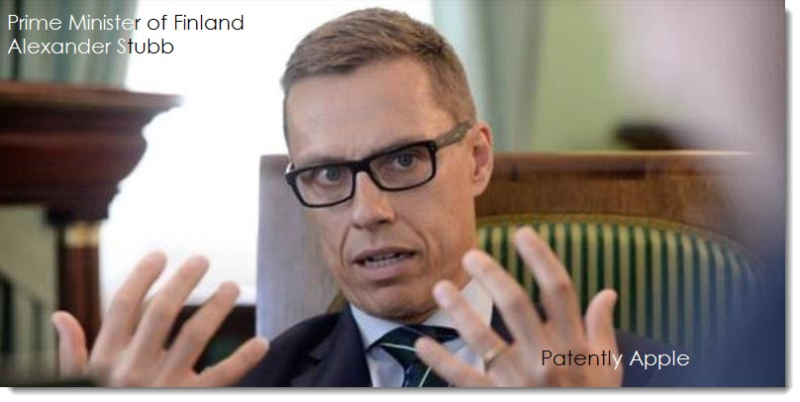 Last July we posted a report titled "Finland's PM Blames Apple's Success for their Financial Crisis." I had received a few private emails telling me that the Prime Minister's comments got lost in translation. I didn't buy it then and today we hear it directly from the Prime Minister in English during a CNBC-Euro interview as noted above.

At around the 55 second mark of the video, Finland's Alexander Stubb states that "the iPhone killed Nokia and the iPad killed the Finnish paper industry, but we'll make a comeback."