CBS 60 Minutes: Apple has the Power to Upend the Rule of Law

Last night's part two of a CBS 60 Minute segment with FBI Director James Comey revealed his views about internet surveillance in general and in context with Apple and Google's latest encryption technology specifically. Around the 7 minute mark of the interview, CBS's Rich Handcock teed up the segment this way: "Apple and Google will have the power to upend the rule of law. Until now, a judge could order those companies to unlock a criminal suspect's phone. But their new software makes it impossible for them to crack a code set by the user." 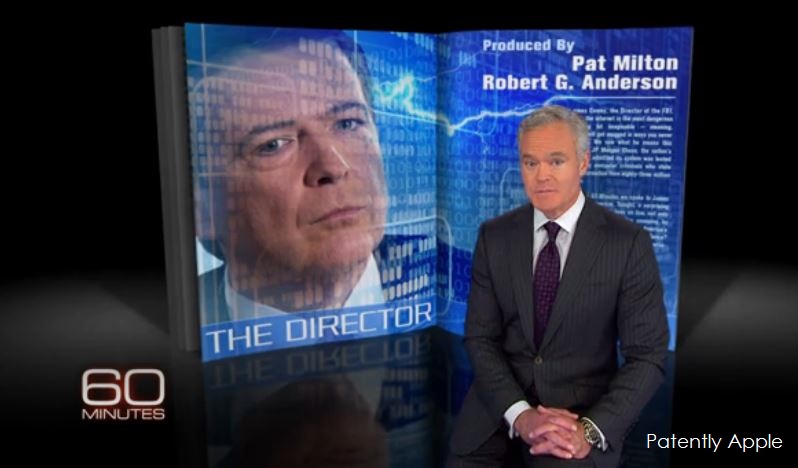 FBI Director James Comey then stated that "The notion that we would market devices that would allow someone to place themselves beyond the law, troubles me a lot. As a country, I don't know why we would want to put people beyond the law. That is, sell cars with trunks that couldn't ever be opened by law enforcement with a court order, or sell an apartment that could never be entered even by law enforcement. Would you want to live in that neighborhood? This is a similar concern. The notion that people have devices, again, that with court orders, based on a showing of probable cause in a case involving kidnapping or child exploitation or terrorism, we could never open that phone? My sense is that we've gone too far when we've gone there."

The report went on to briefly touched on Cyber Watch (CyWatch) which is the FBI's 24-hour command center for cyber intrusion prevention and response operations. CyWatch receives threat and incident reporting, assesses it for action, and engages with the appropriate components within Cyber Division, the field, and other intelligence and law enforcement agencies for action.