The iPad is more popular than Oreo Cookies: The introduction of Apple's iPad five years ago forever changed the way kids and families consume entertainment. It's now the #1 brand among children 6-12, according to findings from the 2014 Young Love study, the nation's largest survey of brands among youth and families. The annual study, conducted by leading youth and family research firm Smarty Pants, ranks more than 250 brands each year. In 2014, Apple's iPad trumps iconic kid brands such as McDonald's, Toys"R"Us, Nickelodeon, and Disney. 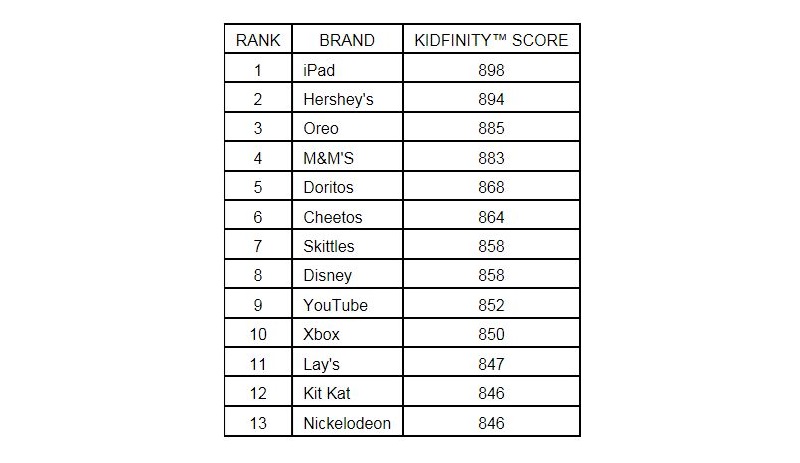 Tyree notes that iPad's march to the top has been dramatic. "In just five years, the iPad has risen from ranking 109th to being kids' favorite brand. Early on, it captured the hearts of tweens and middle and upper class families, but iPad is now an indispensable part of childhood for the masses."

If the iPad can beat out Oreo cookies for popularity with kids, then you know it's got to be a sure winner. This love affair that kids have with Apple's iPad is likely to continue when new iPad models begin rolling out next week.

Methodology: Young Love is conducted online among a representative sample of U.S. households with children ages 6-12. In 2014, a total of 256 consumer brands across more than 20 categories were evaluated as part of the three-month study of 6,661 children and their parents. Kidfinity™ scores are a composite measure on a scale of 0-1000 that factor in brand awareness, love and popularity.