Home Archives Contact Us Subscribe Twitter Facebook Patently Mobile
Apple has LVMH on the Run as they Unofficially Announced they'll be entering the Smartwatch Race
Video: Jonathan Ive Describes the Magical Process of Design at Apple and his Love of Prototypes

Apple's Federighi Drops the Guillotine on the iMac Touch

Yesterday Apple introduced the "Insanely Great 27" iMac with 5K Retina Display." It will certainly be great for professionals of every stripe but less of a draw for consumers being that content in the form of movies, games or commercial apps won't be available for some time. While Apple was able to justify that major leap, they've officially decided to kill off any hope of ever seeing an iMac Touch. It's just not going to happen according to Apple's senior vice president of software engineering, Craig Federighi. That goes for any kind of MacBook Pro with a touch screen as well.

Unless Apple introduces the iPad Pro in 2015 with an optional keyboard to make it a hybrid of sorts, there's no plan on Apple's table for a hybrid (or 2-in-1), the kind of computer that is challenging the iPad today.

As for the iMac Touch, Federighi said that they don't think it's the right interface, adding that the Mac is sort of a sit-down experience. He added that it's awkward and uncomfortable to sit at a desk and continuously reach forward to touch a computer screen. It's not like an iPad or iPhone that you hold in your hands and use in a very relaxed position. 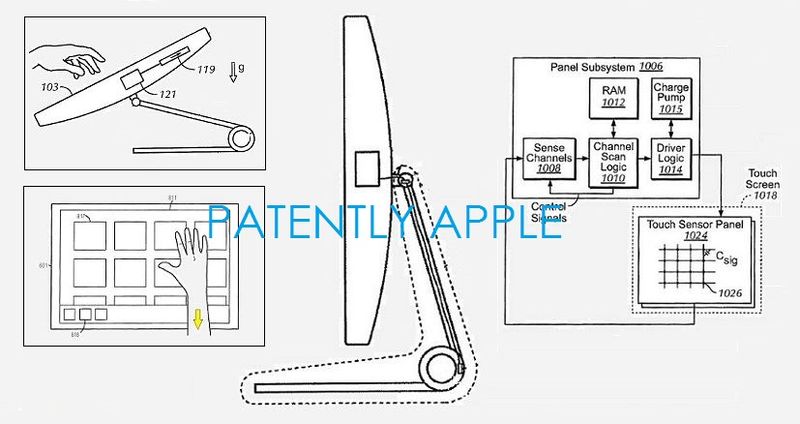 Federighi further added that they've really focused on building the best track pads they could, something where your posture is relaxed. Of course, over the years he acknowledged that they experimented with all the technology for a hybrid desktop but felt that it just wasn't good. While Apple had filed for a number of patents on this front, it had fallen off the grid years ago.

Although you could argue that there's some limited value for a touchscreen on a desktop computer, you'd be stretching it pretty thin. On the flipside, the hybrid concept has found some success on the notebook front and with the new Surface Pro 3 which I'm seeing more and more of in cafes and in malls of late.

Whether the hybrid trend and momentum that Best Buy's CEO testified to recently remains intact is unknown at this time. It's a trend that many analysts and industry watchers will be keeping a sharp eye on during the all-important holiday quarter.

I personally like the 2-in-1 notebook with a detatchable display and HP's design specifically. It's one of the best that I've seen to date. The detached screen with beats audio is really very nice. If your family enjoys both Macs and Windows, it's a real option to consider.

In the end, for Apple fans hoping for a mobile hybrid design, there's only one more opportunity of it happening. That's when Apple introduces their new iPad Pro that will come with a nice notebook-sized display. Apple could at that time introduce an Apple-class keyboard accessory either in the form of smart cover that incorporates a keyboad or an aluminum keyboard base. We'll know in Q1 if this all comes together or not.

Yet as far as an iMac Touch goes, if you were ever hoping for one, it's just not going to happen, period. Federighi has officially put in file 13 and we all know what that means. Then again, most Apple fans were never really all that crazy about that idea to begin with.

Screenshot of the HP 2-in-1 design