Apple's CEO is Proud to be Gay, Now Let's Move on

Cook states in a new Bloomberg report that "I don't consider myself an activist, but I realize how much I've benefited from the sacrifice of others. So if hearing that the CEO of Apple is gay can help someone struggling to come to terms with who he or she is, or bring comfort to anyone who feels alone, or inspire people to insist on their equality, then it's worth the trade-off with my own privacy." While I think everyone can understand this to a certain point, recent activities could be seen as contrary to his statement of not being an activist. Hopefully his testimony that's now openly and loudly on the table will now be put to rest and get on with just being Apple's CEO, period.

It was just two days ago that Tim Cook called out his home state over the lack of LGBT rights. Was that not being an activist? In June Cook openly celebrated Apple's participation of the San Francisco gay parade. Did anyone at that point in time really not know that Tim Cook was gay? Under Steve Jobs did we hear about Apple's participation in the gay parade? So it was highlighted under Cook, and we get that, to a point.

And then when there was so much controversy surrounding Apple's free give away of the U2 album called the "Songs of Innocence" that I was truly amazed. Why would anyone refuse a free album from one of the greatest rock bands in history? I was so curious I checked out what was being said on the web and reactions. It turned out that the photo associated with the album as shown below was seen as being about the dark side of being gay. 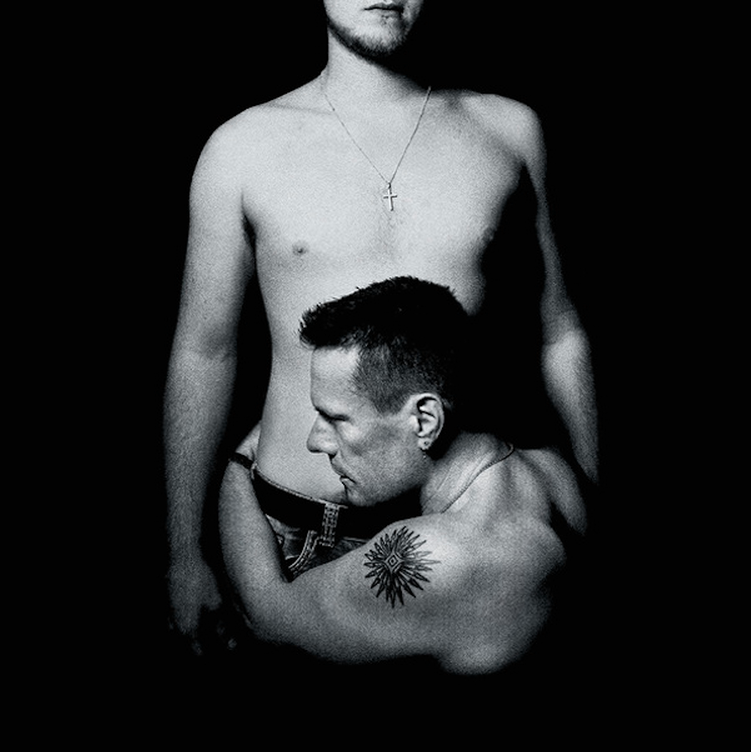 Although U2 tried to give the photo a completely different spin, most didn't buy it at all. Certainly gays knew what it meant. In a recent report from Consequence of Sound, the first comment reads " It's terrible for you, but beautiful for me cuz im both gay and catholic:)."

Other comments from that report included one that said, "Bastards ... will never buy another one of their songs again."  Another said "Just terrible. Wouldn't expect something like this from U2." Another read "Anyone mention Mapplethorpe yet? I love my son very much but neither one of us would care to be in that pose ..." Suffice to say it was a lesson for me who didn't even know the photo existed. Clearly, there was a lot of anger over this photo and this album for it.

Out of all the albums that Apple could have been given away, the one that was had a controversial twist regarding gay art. Coincidence?

I don't want to belabor the point because Tim Cook is turning out to be a great Apple CEO. I deeply respect and appreciate Cook's deep understanding of Apple's supply chain management that he brought to Apple and which made Apple profitable.

I like him and appreciate that he wanted to proudly say he's a gay man and that he's CEO of Apple, one of the greatest technology companies of all time. But perhaps it's now time that we get on with the show about being Apple's CEO and tone down his being gay at every opportunity. I think it's now well established that he's gay and it's time for Cook to return to being the very private person that he has said he was.

For this report comments will be closed so as to avoid a flaming debate from either side of the matter. For more on this, see Bloomberg's report.